A Child of the Manhattan—And Why You Should Drink It

Today: Erik Lombardo reflects on the birth of the Manhattan and all of its children.

Like we talked about last time, vermouth was first introduced to cocktails in the mid-19th century, and it quickly became one of the most popular ingredients to mix into a cocktail. Mixing became so popular, in fact, that bartenders looking to keep on the cutting edge started to use not only vermouth, but amari and a bevy of liqueurs to make their creations pop. It was in this storm of innovation that the Manhattan was born, and soon after, so were its variations: the Brooklyn and, of course, the Red Hook.

The classic Brooklyn contains maraschino liqueur and Amer Picon, a bitter bottled aperitivo that, until recently, has been very difficult to find. (While the product has never stopped being produced in some countries, the recipe has changed; the Amer Picon of today bears but a shadowy resemblance to the one of yesteryear, though new, promising offerings have been showing up recently.)

When the recent wave of renewed interest in cocktails broke on the shores of New York City, bartenders looking for inspiration were forced to make variations on classics with ingredients that were more readily available. This gave life to a new wave of neighborhood-themed cocktails like the Greenpoint, Park Slope, and Red Hook. The latter uses Punt e Mes in place of the Amer Picon, which is inspired: It has an almost chocolaty bitterness, tempered by orange flavors ranging from sweet—like a segment of orange flesh—to bitter, like a flambéed peel. The maraschino manages to place its unmistakable funky-yet-sweet mark on the cocktail without dominating it, because the dry spiciness of the rye keeps everything in balance. (Please don’t sub bourbon for rye in this one—it just doesn’t work as well, regardless of how you may normally feel about bourbon Manhattans). 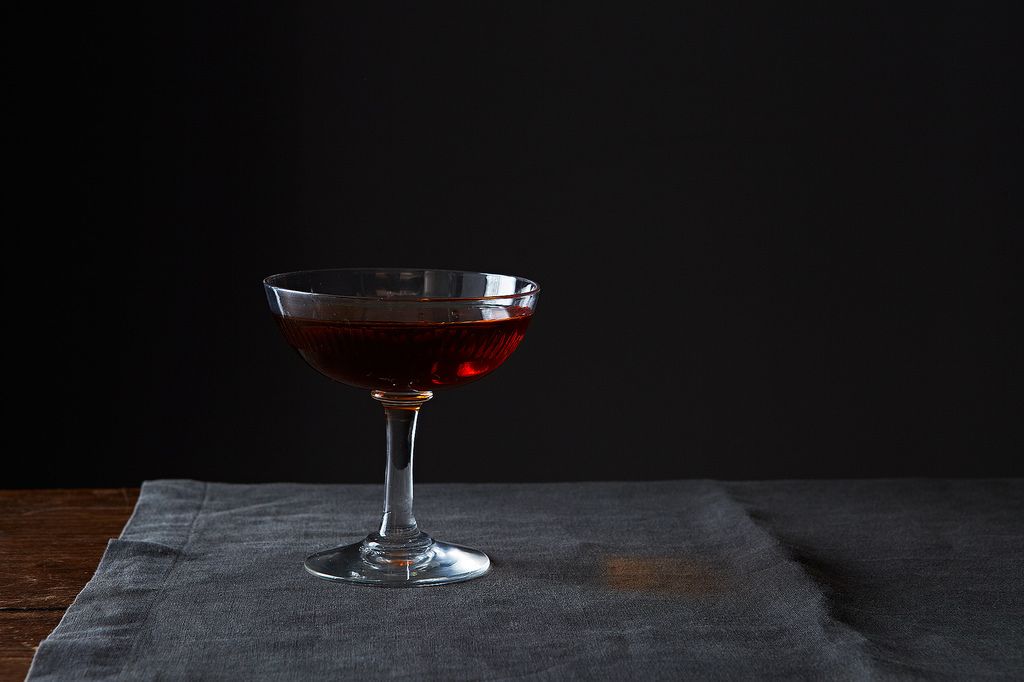 This is a fantastic cocktail to serve to a Manhattan-lover you’re looking to impress with something new, or someone you’re trying to introduce to Punt e Mes or maraschino liqueur—or just someone looking for a pre-dinner cocktail with just the right amount of bitter, sweet, and boozy. If you already have that bottle of maraschino (you do, don't you?), a little goes a long way, so this new favorite will help you move through the rest of it and keep the bottle from feeling neglected on your shelf. Plus, making one of these is a lot easier than actually getting to and from Red Hook—even with the Ikea shuttle.

Vincent S. March 7, 2016
In our humble view, Punt e Mes  overpowers the Rye in this cocktail. The other two suggestions would be to use the liquor from a high quality jar of Amarena cherries and substitute the Punt e Mes with a high quality red vermouth like Carpano Antica

Mortar &. March 7, 2016
And yet another child of the Manhattan - the Manhancho, featuring the spicy spirit Ancho Reyes: https://food52.com/recipes/41661-the-manhancho

rahmanhajiriazar March 9, 2015
Add toolbar it me to the bookmarks fool bar