Panzanella with a Cornbread Twist

For those nights when you get home hungry, stressed, and impatient, Kendra Vaculin is here to help.

Cornbread and tomatoes should gotten together a long, long time ago. But it's not too late for love! Today, they're finally being united in a savory panzanella. 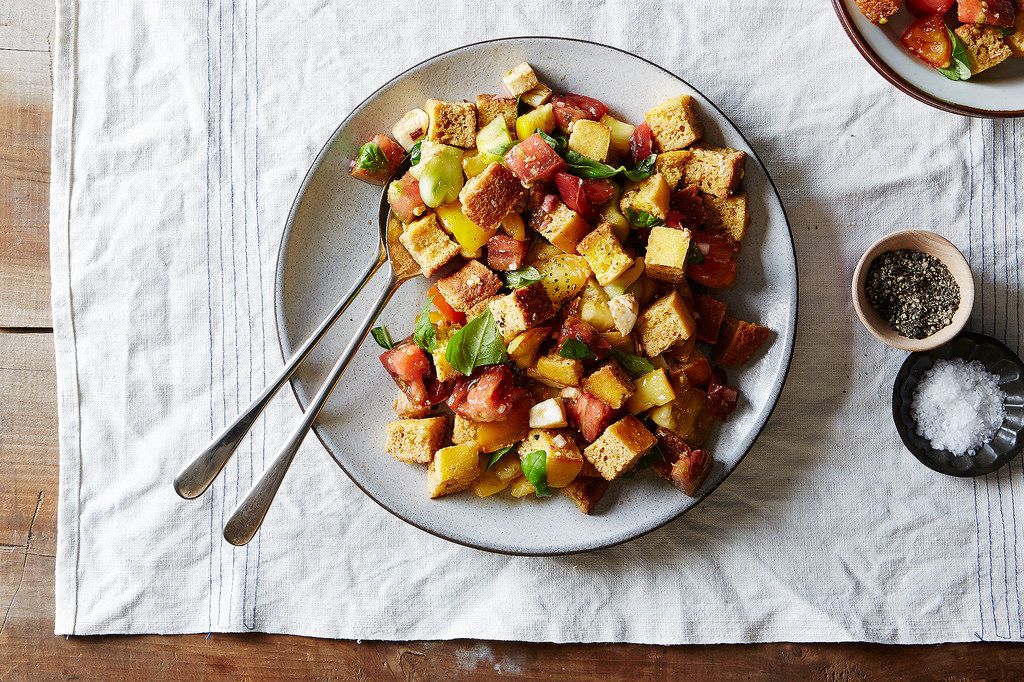 Cornbread and tomatoes are often at the same party—cornbread at one end of the table, near a sweating stick of butter, and tomatoes (in the salad bowl) at the other—but never dancing. Always involved in separate conversations, but flitting their eyes over to check the other one out from time to time. The sexual tension is hard to ignore—I’ve got a sense for stuff like this. It seems like it’s meant to be. Time for these kids to make out.

Panzanella is my favorite way to bring cornbread and summer tomatoes together in perfect union (I know, they’re moving really fast). A tomato-centric salad with more than a few cubes of toasted bread means that both parties shine in equal measure; the cornbread adds a lovely rustic-ness, and bulbous heirloom tomatoes are just weird and fun. 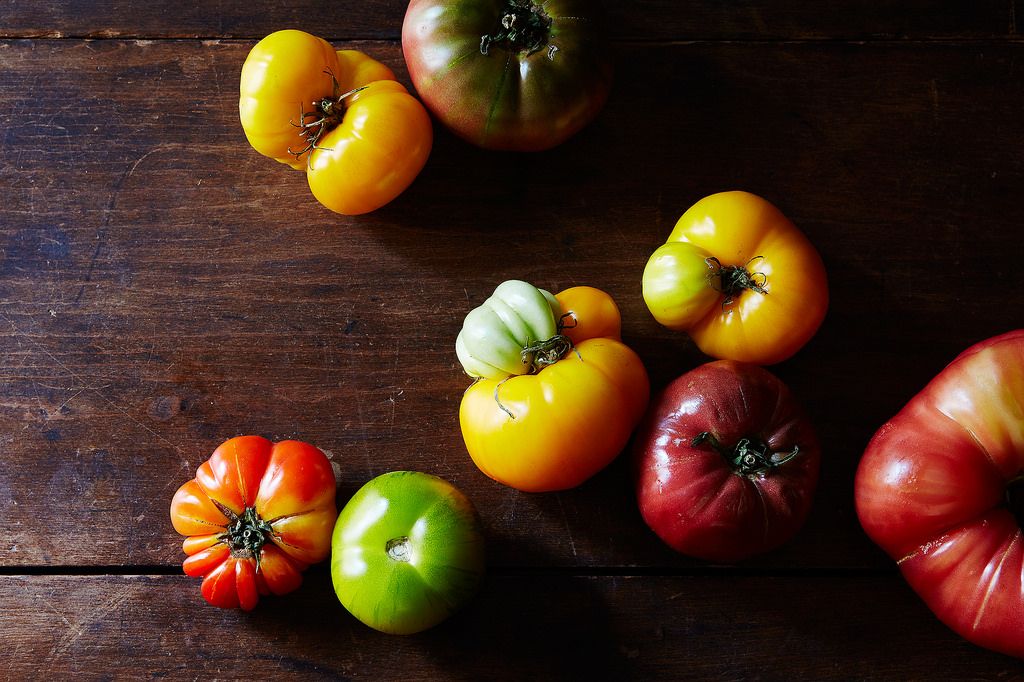 Unlike a normal salad, which wears its dressing like a cardigan at a picnic after the sun’s gone down, panzanella is wholly drenched in the stuff, left to absorb it for so long that the bread pieces burst with flavor from within. Panzanella doesn’t need a cardigan because it is a lizard, heated from the inside.

Better to look to other dishes that benefit from soaking time: tres leches cake, steeped in its namesake number of milk; kimchi, with its serious kick thanks to chili powder and time to ferment; even marinating steaks, all lathered up and stashed in a plastic bag in your fridge. In her eponymous cookbook, Alice B. Toklas describes the marinating process as one that allows ingredients to “repose for specified periods and acquire virtue.” I have always loved that: the acquisition of virtue from a long bath in juice. For a tray of crispy cornbread croutons, such repose is the gateway to righteousness. Marry that to chunks of the juiciest tomatoes this season has to offer, and you’ve got a match made in heaven.

3 (heaping) cups 1-inch cubes of day-old cornbread (don’t be shy with the scoops, this isn’t called bread salad for nothing)
5 tablespoons olive oil, divided
Flaky sea salt, like Maldon, to taste
Freshly ground pepper, to taste
2 pounds heirloom tomatoes in a variety of colors (get the weirdest and most bulbous S.O.B.s you can find at the farmers market), chopped into 1- to 2-inch pieces
1 shallot, peeled and minced
3 tablespoons balsamic vinegar
4 to 5 ounces fresh mozzarella, chopped into smallish bits
1/2 cup (packed) basil, chopped or cut into ribbons