Thinking Outside the Rice Krispies Box

When the plainest box of cereal on the shelf ends up becoming a pantry staple.

I'm a pretty scrappy cook. Not in the punny, nose-to-tail eating sense—that I know just the thing to make from those carrot skins! (no idea)—but, rather, that I try to make do, and make better, with what I've got. Sometimes that means mashing up a green sauce because cooking next to Kristen is enough to make a girl feel GENIUS, and other times it means I put cereal on everything I eat. More specifically, Rice Krispies, and I am here to recommend that you do the same.

Here's how my own krispie habit came about: 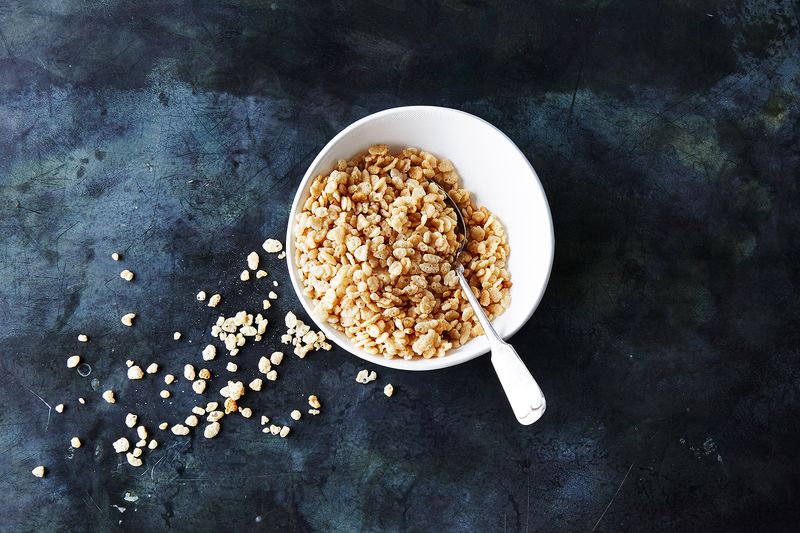 Earlier this year, I found myself in a pantry stare down with a half-full box of Rice Krispies. I'd used four cups of "krispies," as we call them around my house (i.e., when I talk to myself about dinner circa 8 A.M. everyday), in a recipe for cheese wafers my mom and I like to make. You fold them into a batter of butter, flour, cayenne, and cheddar shreds before baking to give each wafer a little crunch.

But waking up to a bowl of plain puffed rice in milk is not really my idea of breakfast, so the remaining krispies were threatening to go stale.

One night, I decided to make Moro's Chickpeas and Spinach, a Genius recipe and a staple of my weeknights, but found myself without toast or rice to serve it with. Yes, I could walk downstairs to the 24-hour grocery on my block, but I was already in a pink pajama set by this point and a girl's got to draw some lines. I needed something plain, starchy, porous, and crisp (I absolutely love this dish, but it's a big bowl of mush if you eat it as is and I'm no Kenzi Wilbur).

Rooting around the cabinet, I spotted the krispies and without thinking too hard about it, poured a little pile and scooped the chickpeas and spinach on top. 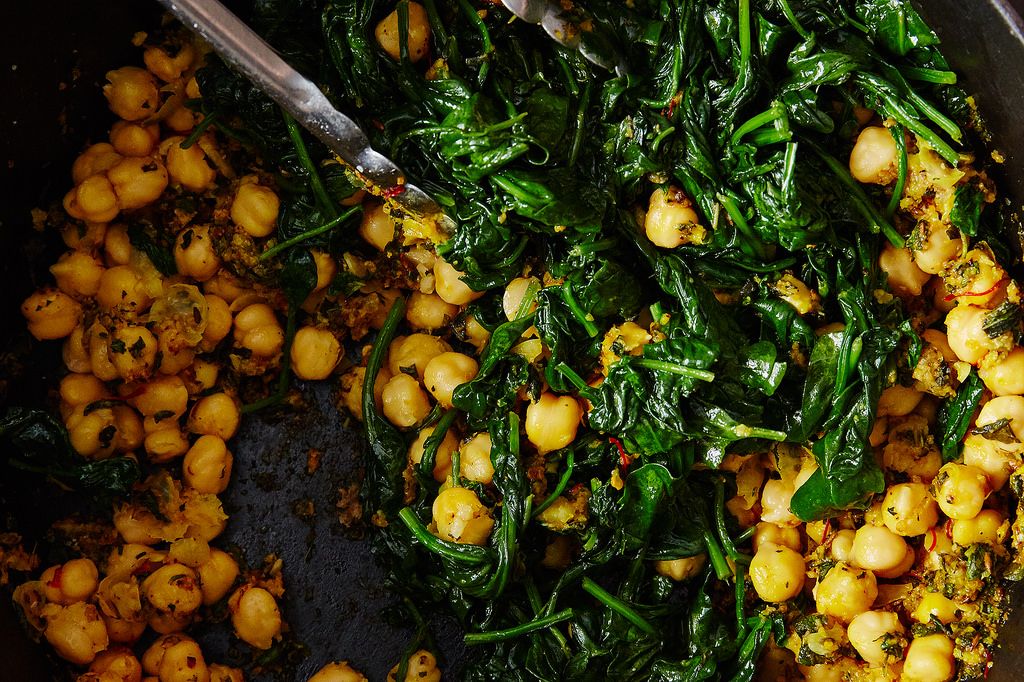 Snapping, crackling, and popping as I settled into the meal, the krispies stole the show. Just a dehydrated puff of rice (plus 13 other ingredients I do not recommend you read for yourself), a krispie has all the merits of a crouton plus all the merits of rice—and yes, I know them's fightin' words.

Let's review what makes them so great:

Ever since this fortunate act of skimpiness, I intentionally use krispies all the time when I'm cooking—in place of rice with stir-fries or wherever croutons (or toast!) would work. There is no risk of burning a Rice Krispie because they are krisp right from the box. Instead of weighing down your meal, as a starch so often can, a pile of krispies makes it feel light, krisp, and nostalgically fun. I don't have kids and I don't gamble, but I would bet a pot of gold that a sprinkle of krispies over top the dinner plate, followed by the sound of them singing their popping song, could be the fairy dust that makes vegetables go down a little easier. 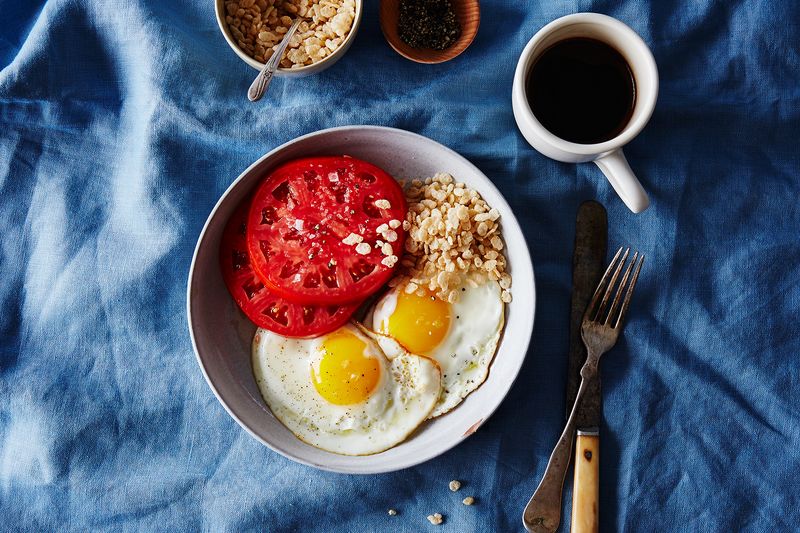 Here are some ways I love to use Rice Krispies:

And on and on the list goes. Mayhaps you can't get behind krispies because they're void of nutrients and/or probably loaded with secret sugar and salt, or maybe you just want to go and eat burnt toast with everything, okay? And I salute you for drawing these lines. But for me, Rice Krispies are just the thing to make a good meal even more of a treat.

Kimberly B. September 9, 2015
I just made a meat loaf with rice crispies last night actually (was out of bread crumbs).Turned out great.
Author Comment

Saffron3 September 8, 2015
Now I know what I have been missing! I think you have set a tiny old part of me free, and I plan to send off good thoughts to you via the great universe for the rest of my life! I do eat chocolate Rice Krispies on chocolate ice cream, I eat canned rice noodles on salad, I eat Rice Chex in skim milk with bits of jam flavor, but now I am going to try the egg plus Krispies and consider a good light brothy vegetable and Krispies soupy thing. Blessings Be!
Author Comment

Amanda S. September 9, 2015
For the rest of your life!!? Light brothy vegetables will love a heap of krispies.

Jessica H. September 8, 2015
For the record, Rice Krispies are an excellent ice cream topping. As is any cereal really. Now I want to try some savory RK options!
Author Comment

Amanda S. September 9, 2015
So glad to get this confirmation! Let me know how you like them on the saltier side.