Soup for Syria, or How Our Favorite Comfort Food Is Trying Hard to Do Good 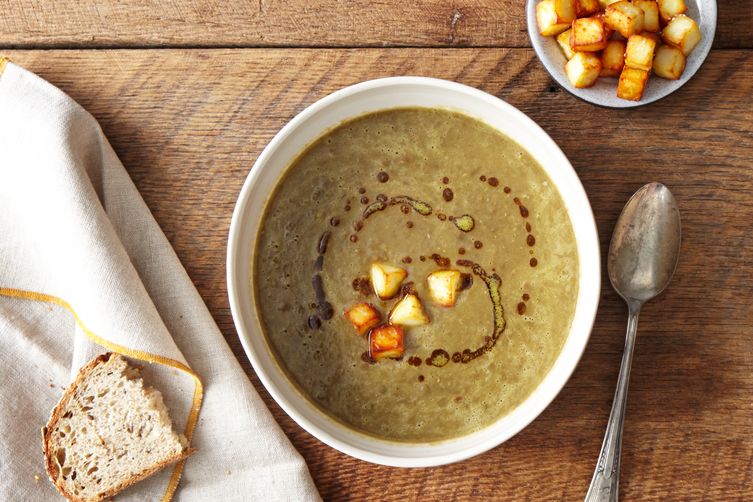 When we're sick, sad, cold, tired, or just plain need our bellies filled, one of the first things we're taught to turn to is soup. Soup is comforting because of its warmth, but also because it makes something substantial out of nothing much. As such, it's a lesson in optimism—but less metaphorically, soup is a reliable way to feed a lot of people well with very little.

In Europe, with millions of Syrian refugees seeking home in neighboring countries as civil war builds in their own, the need for food assistance is growing and growing. How to feed them? One answer is soup; another, of course, is increased financial resources. Soup for Syria, an exciting new cookbook by Barbara Abdeni Massaad, is committed to both. Chefs and cookbook authors including Yotam Ottolenghi, Sami Tamimi, Paula Wolfert, Mark Bittman, and Alice Waters have contributed favorite soup recipes to the project in hopes of increasing Syrian refugees' access to good food and raising awareness of their circumstances.

We've added the book to our Food52 library. We hope you'll consider adding it to yours!

ALB December 13, 2015
Hope to increase access to food? Hope is not a strategy Alice Waters.

Charlotte September 20, 2015
How to feed them? Stop the sanctions might be a good start.