Winner of Your Best Anchovies

Congratulations to EmilyC, whose Bagna Cauda Toasts with Radicchio, Egg, and Avocado won the contest for Your Best Anchovies! 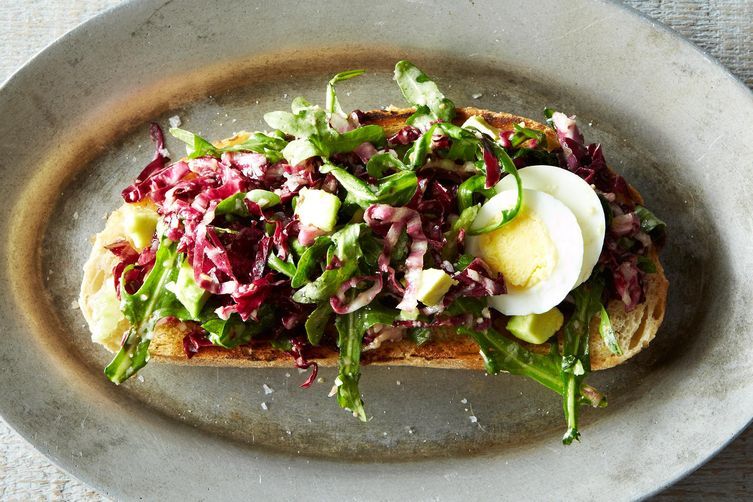 Describe an early food experience that has influenced the way you think about food and/or cooking.
Starting at the age of 13, I spent a few weeks each summer visiting my cousin Trisha and her family in Sacramento. She introduced me to a whole new world of food each visit -- things that I had never tasted nor heard of growing up on a small farm in Illinois. Highlights included trying sushi and Thai food for the first time and having an amazing meal and flight of wine (for lunch, no less!) at the Culinary Institute of America when I was older. I remember what a revelation her homemade pesto, made with basil from her garden, was upon first bite. I look forward to making her pesto every summer.

What's your least favorite kitchen task?
Unloading the dishwasher, followed closely by cleaning out the refrigerator.

Your favorite kitchen tool?
Lately it’s been my Kuhn Rikon serrated peeler. It makes peeling a 5-pound bag of potatoes a breeze. 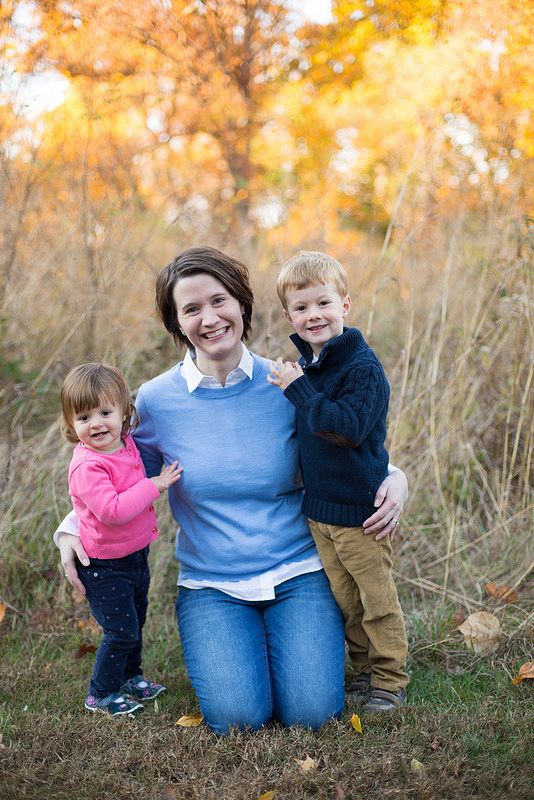 What is your idea of comfort food?
It’s hard to beat roasted chicken with mashed potatoes any time of year. And I’ll always have a weakness for a good burger and fries.

What is your greatest kitchen disaster?
I’ll go with the time two years ago that I decided to make English toffee late at night, determined to be one of those people who can pull off homemade Christmas candy for lots of friends and co-workers. Batch after batch failed (sometimes the butter separated from the toffee; other times the chocolate wouldn’t set up right). I consulted multiple recipes trying to troubleshoot. It took me two pounds of butter and many dollars of wasted chocolate to get it right. I finally got the perfect batch, and I took note of everything I did. Sadly, when I went to make the same toffee this past December, it was a big flop. I’ve decided that toffee isn’t my thing.

Photo of EmilyC by Marian Lozano; photo of toast by James Ransom

cookinginvictoria March 20, 2014
Yay -- congratulations on the win, Emily! I was a tester for this recipe and it totally lived up to my expectations. We all really loved it. We ate it on toast, as a salad with Ciabatta croutons, and now I have a big jar of that addictive bagna cauda dressing in the fridge that I am drizzling on oh so many foods. Love your Q&A and that picture of your beautiful family. And add me to the ranks of the food52 candy challenged cooks! We should start a support group, LOL.

EmilyC March 21, 2014
Paula -- thanks so much for testing these; I really appreciate it and I'm thrilled you liked them! And yes, a support group seems like a very good idea! : )

healthierkitchen March 19, 2014
What a lovely photo - your kids are beautiful and I love that big smile on your face! I knew from first sight that we'd love this recipe and we did. I'm sure we'll make it often!

EmilyC March 21, 2014
Thanks so much Wendy for testing these and your kind words!

fiveandspice March 19, 2014
You and your children are so darling!!! And, I can't wait to give this toast a try. It's happening oh so soon. Also, my attempts at toffee have turned out very similarly. What is it that makes it so impossible??!!

EmilyC March 21, 2014
Thanks Em for the nice note! If you ever come up with a foolproof toffee recipe, please share! : )

Kenzi W. March 19, 2014
EmilyC, I can't stop eating variations of this dish: the salad and the toast, just the salad, just the toast...the dressing, with a spoon. I'm hooked. Thank you for this recipe!

aargersi March 19, 2014
You and toffee = me and caramel
And seriously, cutest family every!!

EmilyC March 21, 2014
Don't worry, I've had plenty of caramel woes too! And thank you for the nice comment!

gingerroot March 19, 2014
Congratulations EmilyC! Love your Q & A and I can relate to your holiday candy story though my most recent one involves lots of wasted grade b maple syrup. Can't wait to make your toasts!

EmilyC March 21, 2014
Thanks gingerroot! Wasted anything is tough, but especially expensive ingredients! Hope you enjoy the toasts if you try them.

drbabs March 19, 2014
Congratulations, Emily! I've had the same issue with making candy--pralines in my case. Many pounds of wasted butter and pecans.

EmilyC March 21, 2014
Thanks drbabs -- good to know I'm in such great company on candy-making!

EmilyC March 21, 2014
Thanks so much, HalfPint. I can't wait to try your decadent egg sandwich!