Why You Should be Drinking Chardonnay

Today: Forget what you've heard about Chardonnay -- we're taking it back, and here's why. 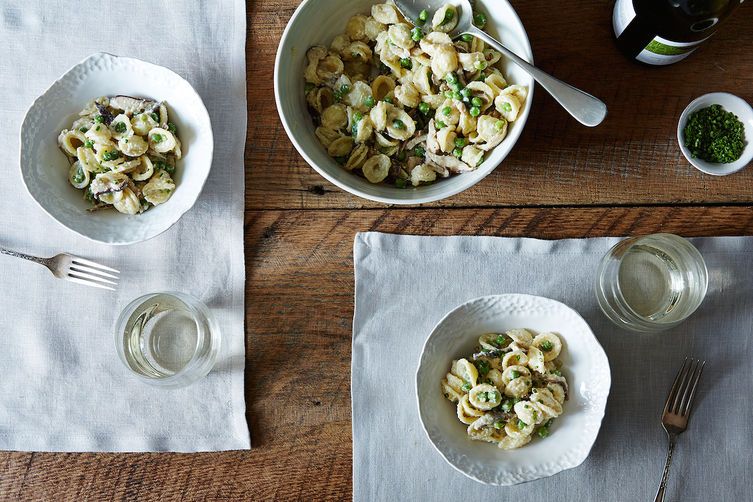 Poor Chardonnay. Is there any other grape that provokes such extreme reactions?

On one hand are those who run from the room when a particular style of Chardonnay is poured. Unfortunately some Chardonnay producers, especially here in the U.S., did themselves no favors when they made wines for years that were heavily oaked and overwhelmingly rich and buttery; when it's made this way, consumers are tasting the treatment of the grape much more than the grape itself. Some wine drinkers were scarred for life, and who can blame them?

On the other hand are those who have tuned into the wide spectrum of flavors that Chardonnay can offer. They’re the ones who reach for bottles of Chardonnay that are less overtly manipulated; rather than force the grape into some predetermined profile of taste or texture, their winemakers coax the grape into being what it is, in whatever specific part of the world it’s from.

Winemakers have a lot of choices for how to handle Chardonnay, and the wine adapts to those decisions the way some foods adapt especially well to the seasonings around it. That says a lot about the versatility of Chardonnay, which is something to keep in mind as you consider which dishes to pair it with. Options that aren't aggressively oaked, for example, can pair very well with white meats, fresh cheeses, and fish dishes. 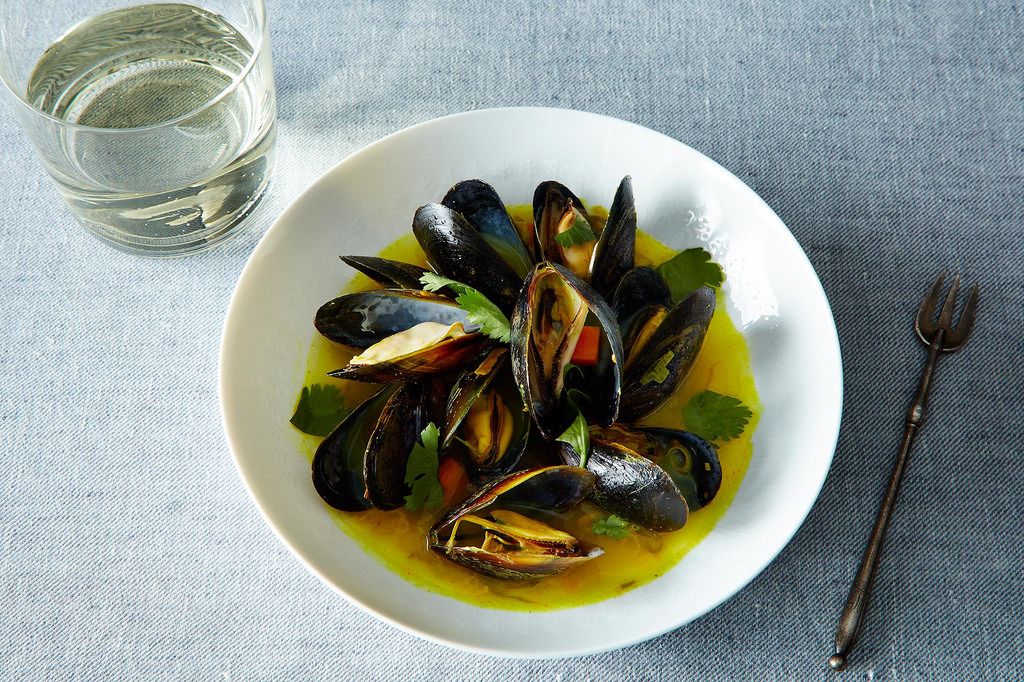 The truth is that you may need to keep exploring and tasting Chardonnay until you find one that hits your personal sweet spot, and goes well with what’s on your plate at the moment. It can change (and it will change) but the journey is worth it -- and there is no shortage of options along the route. Here are three regions to look for:

France (Except not where you’d expect.)
The pendulum swing away from heavily oaked Chardonnay has led to a trend of “naked” Chardonnay, where the grapes are left in as pure a state as possible. The French have been charting the course for pure expressions of Chardonnay for many hundreds of years.

Though some bottles of “white Burgundy” (a.k.a. Chardonnay) can be prohibitively expensive, the Mâcon area in southern Burgundy offers some well-priced alternatives. Look in particular for bottles by the Bret Brothers, several of which are produced organically and biodynamically. Turn a bottle around and you’ll notice it’s imported by Becky Wasserman, a long-time American expatriate living in Burgundy, whose selections (even beyond the Bret Brothers) are reliably top-quality. 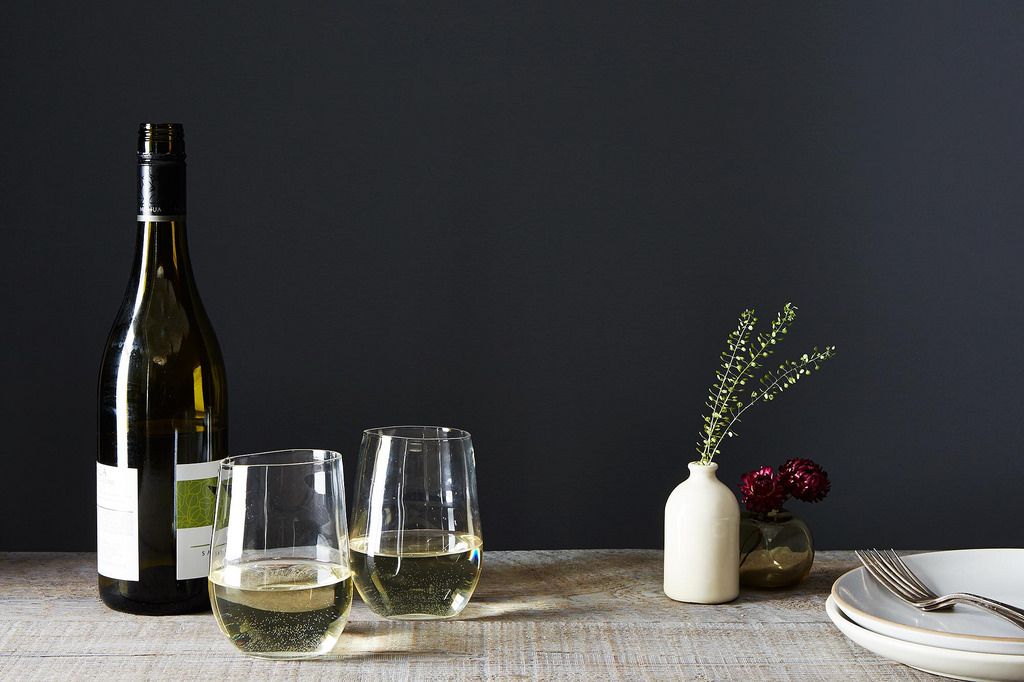 Oregon
If your Chardonnay experience has been influenced by one-dimensional “oak bombs,” tasting Chardonnay from France will be revelatory. But the U.S. has our own Burgundian-style iterations of the grape -- in Oregon in particular.

Oregonian winemakers have long emulated the Burgundians for their Pinot Noir, thanks to similarities in climate and terroir, plus a shared line of latitude. Beginning in the 1970s, they planted Pinot Noir and Chardonnay in tandem, just as they do in Burgundy. Though it took some time for winemakers to shift to specific Dijon grape varieties rather than generic clones from California, Oregon Chardonnay has matured and is now hitting its stride.

True to its versatile nature, styles of Oregon Chardonnay can vary widely, from lean and edgy all the way to sultry and supple. Bergström Wines’ Old Stones Chardonnay, for example, offers lower alcohol, hints of lemon and lime, and a mineral, saline note that would welcome a pairing with oysters. Stoller Family Estate’s Reserve Chardonnay, by contrast, shows a gentler handling of oak aging that’s wrapped around an acidic core; it offers a rounder, more complex, more supple palate that goes well with poultry and cream-based sauces.

South Africa
South Africa’s difficult political history had long impacted its wine industry, with restrictions on imports of the best clones from France and elsewhere. Post-Apartheid, however, winemakers experimented and are now understanding how Chardonnay best fits into their climate and soils. As in other wine regions, the range and versatility of Chardonnay shows itself here, from “naked” expressions like the Fleur du Cap Unfiltered Chardonnay from the Western Cape, all the way to the Jordan Barrel Fermented Chardonnay, with its integrated oak and notes of butterscotch and vanilla.

Lynn August 5, 2016
I don't like Chardonnay At ALL, to the extent of preferring water if Chardonnay is the only wine on offer. I love Sauvignon Blanc, but a good Rueda Verdejo (sublime) or a Gruner Veltliner will do just fine, thank you.

John A. May 2, 2015
Chardonnay is MEANT TO BE OAKED. The writer must dine at McDonalds.

Ariette C. August 8, 2014
One thing that I really love about restaurants in Hong Kong, like Blue Butcher, is that they just don't focus on the food, they also focus on the wines/cocktails. And they should, it's a great combination! haha.

luvcookbooks May 29, 2014
Chardonnay was the very first wine I learned to enjoy!! Thanks for the in depth explanation and guidance for specific Chardonnays to look for at the wine store. That's where I become confused.
Author Comment

Cathy H. May 29, 2014
Thanks, Meg! The wines I mention are really just a start, so you are off on a wonderful adventure :-) Please keep asking your wine shop friends to add more links to your Chardonnay chain, customized to your own preferences and tastes!

Cathy H. May 29, 2014
Oh I agree! And the list goes on... And on. Any book publishers listening? I totally volunteer to write the new version of the ABC book -- Anytime, Buy Chardonnay :-)

ChefJune May 29, 2014
Cathy: there is also a group of winemakers in California (mainly Sonoma) who have been partnering with Burgundian wine makers for years, and whose chardonnays are quite Burgundian in style. Don't overlook those.
Author Comment

Cathy H. May 29, 2014
June, you're absolutely right! There are so many -- really so very many -- more worthwhile producers of Chardonnay to mention. This article could easily turn into a book of its own, and my space in this column is limited. In any case, thank you for mentioning this and adding it to the conversation!