Winner of Your Best Autumn Pie

Congratulations to lapadia, who won this week's contest for Your Best Autumn Pie with her Himalayan Blackberry Pie. 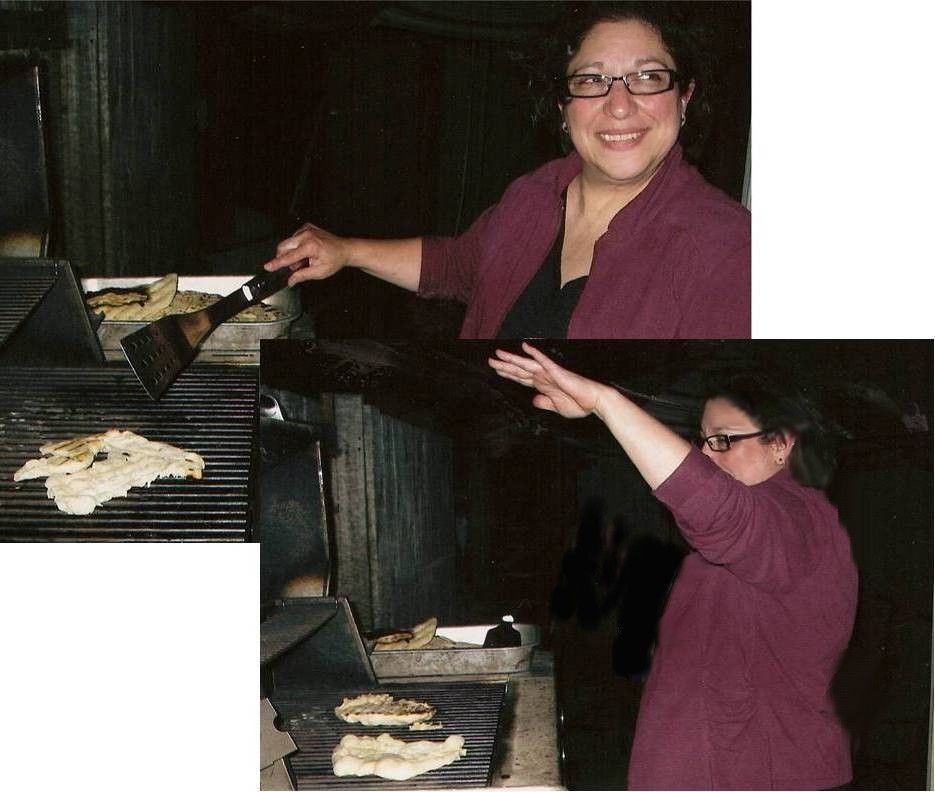 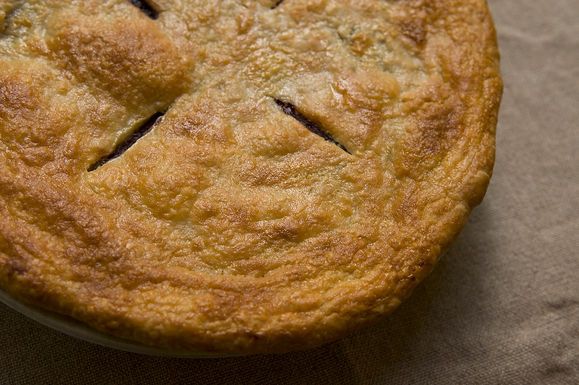 Describe an early food experience that has influenced the way you think about food and/or cooking.
Every August, my Italian grandparents would enter what they grew in their garden to display at the county fair; always blue ribbon winners. One year, I was probably 8 years old, my grandmother says in her Italian accent, “ Ima gonna teacha you the winning cookie to taka to the fair.” So, I learned to make sugar cookies and I won the blue ribbon! Anyway, after that, to this day whenever I cook, I always strive to make a good first impression, because I can still hear my grandmother saying, “the eyesa, they eata first.”

What's your least favorite food?
Lamb and venison, it’s a tie! Also, I am not a fan of arugula, but tolerate it to see if I can prove myself wrong.

What is the best thing you've made so far this year?
All the double crust pies made during the food52 pie contest. Each year I make a blackberry pie (maybe two if I am bribed) and a butternut granny smith pie for Thanksgiving, other than that, I usually shy away from double crust pies.

Describe your most spectacular kitchen disaster.
Hmmm, a disaster… the time my husband made a double batch of meatballs in marinara sauce while I was at work. After getting home I began to set enough sauce and meatballs aside for our dinner, and he began to spoon the remaining into a container to cool. Next, all I remember is him holding up the filled container and asking me if it was ok to use, when all of a sudden the bottom dropped out sending the sauce and meatballs all over the kitchen floor! It was quite spectacular looking and quite a clean-up. Luckily I had some set aside for dinner, because the rest needed to be trashed.

What is your idea of comfort food?
Spaghetti & broccoli with garlic, oil & pecorino cheese.

Apron or no apron?
No apron, even though I have a couple.

What’s your favorite food-related scene in a movie?
Annie Hall… the famous lobster-cooking scene, Annie & Alvy are trying to get the live lobsters into the pot but they are crawling on the floor; Alvy picks up a paddle, trying to get at them, he ends up knocking over dishes and hitting the chandelier, saying maybe we should just call the police, nine-one-one the lobster squad. Later Annie says there’s a big lobster behind the refrigerator, maybe if I put out a little dish of butter sauce with a nutcracker it will run out.

If you could make a show-stopping dinner for one person, living or dead, who would it be?
My 89-year-old mother, who has been living out the rest of her life with Alzheimer’s for a while now.

You prefer to cook: a. alone, b. with others, c. it depends on your mood
I like to cook with others hanging around the kitchen island.

When it comes to tidying up, you usually: a. clean as you cook, b. do all the dishes once you've finished cooking, c. leave the kitchen a shambles for your spouse/roommate/kids to clean.
Both a & b.

TheWimpyVegetarian October 2, 2010
I loved you channeling your grandmother for the "interview", and love the story about you winning the blue ribbon!! Congrats again. And my heart goes out to you and your mom. My mom died with Alzheimer's a few years ago, so I understand the road you guys have been walking together.

healthierkitchen October 1, 2010
Congratulations on the win! Loved reading your stories and I sympathize with you about your mother. I know how hard it is.

luvcookbooks October 1, 2010
beautiful garden, and i'm happy you inspired aargersi, my husband loves blackberries and even tho i just made the concord grape pie i know there's blackberry pie in my future after i do the drunken raspberry and portly pie after i test my own epc for the raised pork pie (leaving on the lard pilgrimage tomorrow morning, have plansto pick up suet and make mincemeat this weekend as well)

lapadia October 1, 2010
Thanks luvcookbooks, and I'll call you the "pie lady" with all these pies in your future!

betteirene October 1, 2010
So cool to have two left coast winners this week! Congratulations!

You know how we have wild blackberries growing all over the Pacific Northwest? Every year starting in August, I pick buckets of them from the woods behind my work for jams and pies and sauce. But this year--bleh. Nothing but canes. The berries at Tacoma Boys and Fred Meyer cost way too much for how bad they looked. I'm going to try it with frozen berries, so wish me luck. Have you ever used frozen berries?

lapadia October 1, 2010
Thanks betteirene and Cheers... to our neck of the country on Food52 this week! On our property we actually have the little wild ones too, they didn't do well this year, but when they do, they are finished by August. My husband trimmed the Himalayan down nicely, and trained them on a fence in June, so they produced this year despite the weather. Anyway, I haven't made this with frozen berries, I am thinking that it could have extra juice just from the thawing, other than that don't know why it wouldn't work. I like the frozen berries from Remlinger (sp?) farms because they aren't all stuck together. Looking forward to see how it comes out...I have the feeling your pie will be great!

GloriousGarlic September 30, 2010
Congratulations - You rock !! I still love the stories about your Grandmother but it's so much better to hear you tell it in person.

MrsWheelbarrow September 30, 2010
Congratulations! Loved the stories in your Q&A and the peek into your garden. Cannot wait to try this pie.

lapadia September 30, 2010
Thanks to everyone for your congratulatory words! AND…to Midge, what an exciting few days this has been and shared with you and your delicious pie which I definitely look forward to trying very soon, seriously honey crisps are my favorite and I believe from my state! My offer still stands; look me up if you come back out to the PacNW, so that we can cook something up! Thanks to everyone for your congratulatory words!

lapadia September 30, 2010
To Amanda & Merrill, thanks so much for selecting my pie to be a finalist in your contest; I definitely love the sweet results!

gingerroot September 30, 2010
Loved reading your Q & A; it is so great to learn a little more about you. I especially loved reading about your grandmother - what a wonderful teacher!

vvvanessa September 30, 2010
brava! i love how you channel your grandmother and that you won a blue ribbon for your cookies!

Midge September 30, 2010
Congrats lapadia! Loved reading your Q&A and what a cool garden.