Winner of Your Best Halloween Treat

Congratulations to cheese1227, whose Salted Pumpkin Caramels won this week's contest for Your Best Halloween Treat -- earning her a $200 gift card from Williams-Sonoma, plus big prizes from Viking and OXO, and a spot in the next food52 cookbook! 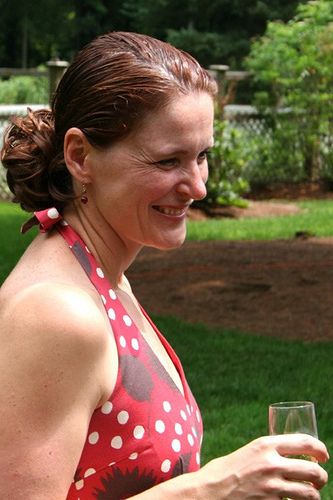 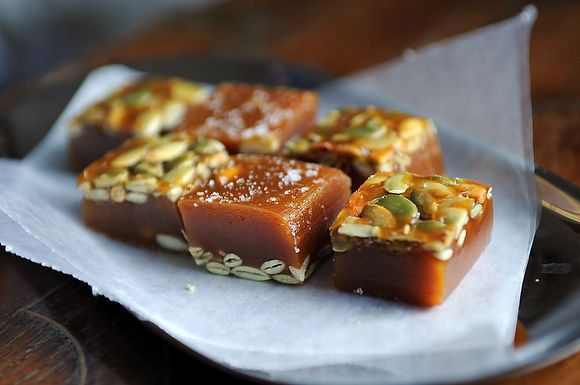 Describe an early food experience that has influenced the way you think about food and/or cooking.
I grew up understanding that relatives and friends could pop in for a cup of coffee or a meal at any time, so both having a full larder and an ability to work with what you've got is a key skill for a great home cook.

What is the best thing you've made so far this year?
The saffron semifreddo I found on this site. RAVE reviews from all 18 people at Easter dinner.

Describe your most spectacular kitchen disaster.
The BBQ pot roast I made when I was 12 that my brothers still allude to 30 years later. The BBQ sauce was a late addition as I attempted to cover up the charred beef I'd let sear too long because I was on the phone chatting about one of my best friend's first kiss.

What is your idea of comfort food?
My grandmother's macaroni and cheese, prepared for most family gatherings since her death by my Uncle Jack. I hope to be the standard bearer of that dish for my generation, but my uncle is not yet convinced I am worthy.

Apron or no apron?
No apron but I typically regret that decision.

What's your favorite food-related scene in a movie?
The dinner scene in the most recent Pride and Prejudice where the sisters take a hardy bite of something to stifle their giggles every time the socially inept Mr. Collins says something outrageous. Food as social cover, if you will.

If you could make a show-stopping dinner for one person, living or dead, who would it be?
My husband, Andy. He's earned it.

You prefer to cook: a. alone, b. with others, c. it depends on your mood
Alone, with others sitting in the kitchen keeping me company and reminding me which timer is for which pan.

When it comes to tidying up, you usually: a. clean as you cook, b. do all the dishes once you've finished cooking, c. leave the kitchen a shambles for your spouse/roommate/kids to clean.
Clean as I cook, a skill I've really only developed in the last 10 years. 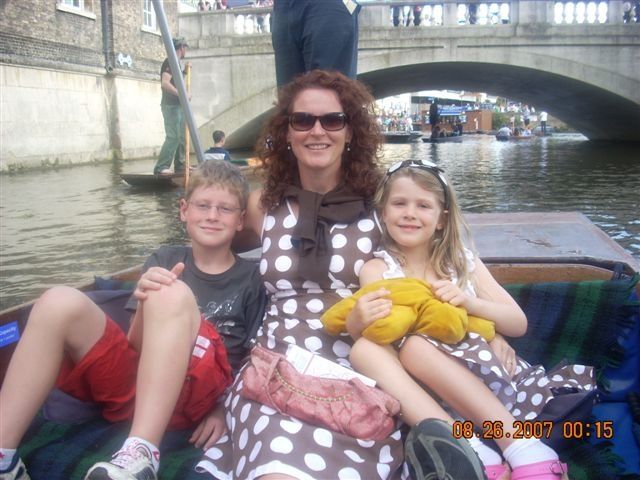 Sagegreen October 28, 2010
Congrats again. So nice to see your profile featured, too!

Lizthechef October 28, 2010
Congratulations on an incredible recipe from a field of so many winners! I can't wait to try it -

betteirene October 27, 2010
I'm sending these to a Saturday pumpkin party that I can't be at because of work, but my neighbor promised to record how many sighs per bite she hears. Thank you for making me queen of my neighborhood with all your work. (I like the way you think--how your taste buds went from cake to caramel with this as the end result. . .awesome.)

FrozenFoodie October 27, 2010
Oops! How about I update this to say thanks for letting me test for Lizthechef. Way to go on the awesome caramels!

mrslarkin October 27, 2010
Congrats cheese1227! Another splendid recipe! Nice pix! I've got an almost identical family picture of my kids & I in a gondola, only ours was from Vegas.

cheese1227 October 28, 2010
This one is actually in a punt on the Cam in Cambridge. There is a fake "bridge of sighs" in Cambridge as I beleive there is in Vegas as well.

drbabs October 28, 2010
Congrats! what a beautiful family! And me, too. (I guess none of us can conceive of cheese being someone's least favorite food....)

cheese1227 October 28, 2010
I read that question wrong. Cheese is my favorite food! My least favorite food is liver. I've tried and tried, but just can't past the bitter explosion in my mouth every time I eat it.