Winner of Your Best Paella

Congratulations to NWB, whose Moorish Paella won this week's contest for Your Best Paella -- earning her a $200 gift card from Williams-Sonoma, plus big prizes from Viking and OXO, and a spot in the next food52 cookbook! 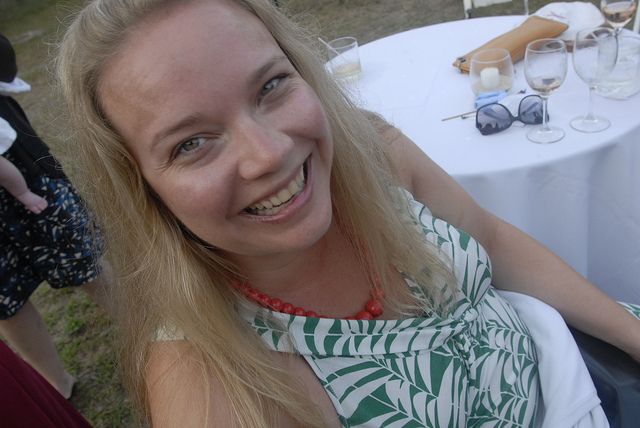 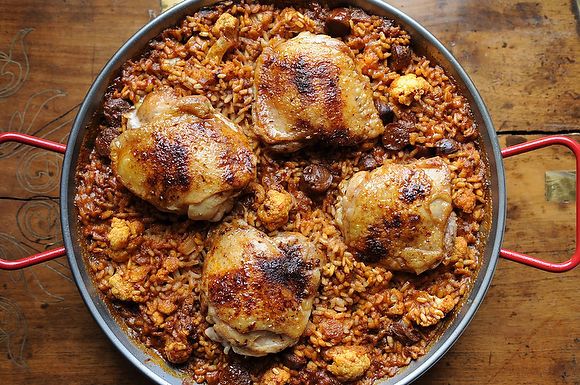 Describe an early food experience that has influenced the way you think about food and/or cooking.
I learned to bake long before I learned to cook. I grew up in a house where store bought sweets were not prevalent, and I figured out early if I wanted dessert I had to make it myself. I remember coming home from school and making cookies and caramel corn (recipes I still use) on a regular basis. During the holidays, baking was a family effort. We would make big batches of Christmas cookies ? sugar cookies frosted and coated with red hots or sprinkles and krumkake, a rolled Norwegian waffle cookie, a tradition that continues today (last year my mother gave my sister and I our own krumkake irons).

What's your least favorite food?
I am not a big fan of cooked carrots.

What is the best thing you've made so far this year?
I made panzanella a lot in August and early September and every time I served it people raved about the salad. The success of the panzanella had more to do with using farm fresh in-season vegetables then it did with my cooking skills, but it is the dish that my friends still talk about.

Describe your most spectacular kitchen disaster.
The first Thanksgiving my husband (then boyfriend) and I hosted his family, I made a beautiful apple pie using salt instead of sugar. Salt and sugar were both housed in anchor jars and I made the pie early in the morning hoping to get a head start on cooking. Unfortunately, I did not realize my mistake until everyone took a bite of the horrible pie. It was awful.

What is your idea of comfort food?
Pasta with homemade tomato sauce, mashed potatoes, and saltines smeared with butter.

Apron or no apron?
No apron.

What's your favorite food-related scene in a movie?
I love the beginning of Manhattan when Woody Allen and Mariel Hemingway have dinner with his friends at Elaine’s.

If you could make a show-stopping dinner for one person, living or dead, who would it be?
My husband. He’s a delightful dinner companion who absolutely loves food.

You prefer to cook: a. alone, b. with others, c. it depends on your mood
Alone.

When it comes to tidying up, you usually: a. clean as you cook, b. do all the dishes once you've finished cooking, c. leave the kitchen a shambles for your spouse/roommate/kids to clean.
Clean as I cook?my goal with dinner parties is for the kitchen to look as though it wasn’t used, this doesn’t always happen, but I try.

NWB November 3, 2010
Thanks Sarah! Thanks for such taking such beautiful photos of my dish! You do such great work with all the photos on this website.

Waverly November 3, 2010
Congratulations! I am looking forward to making your paella!

NWB November 3, 2010
Thank you! Can't wait to hear how the paella turns out for everyone.

NWB November 3, 2010
Thanks! Be sure to line the pumpkin with a plastic bag and put it somewhere where you don't mind if it drips.

NWB November 3, 2010
Thanks! It was very pretty, which made the fact that it tasted disgusting all the more sad.

foodfighter November 3, 2010
Congrats! Just picked up a paella pan, and plan to make this real soon.