Flowers can be finicky; they're delicate, living things that need more than a little coddling sometimes. And anyone who loves having fresh ones around has experienced loss, when you turn your back for what seems like a moment and the water goes murky, the petals wither, heads droop.

It's a sad story, but what if it weren't the end?

Instead of worrying over whether your fresh flowers will wilt before the party, or always feeling like you've spent too much on them just to have them meet an eventual demise, consider arranging with dried specimens—especially this time of year when they're marketed in abundance (or, dry your fresh flowers by hanging them upside down or keeping them upright in plenty of water in a cold room). We're on the eve of Hallow's Eve, after all: Some might say your flowers are better off dead, anyway.

Here are four flower arrangements made with dried and dead flowers, and how to recreate them at home. 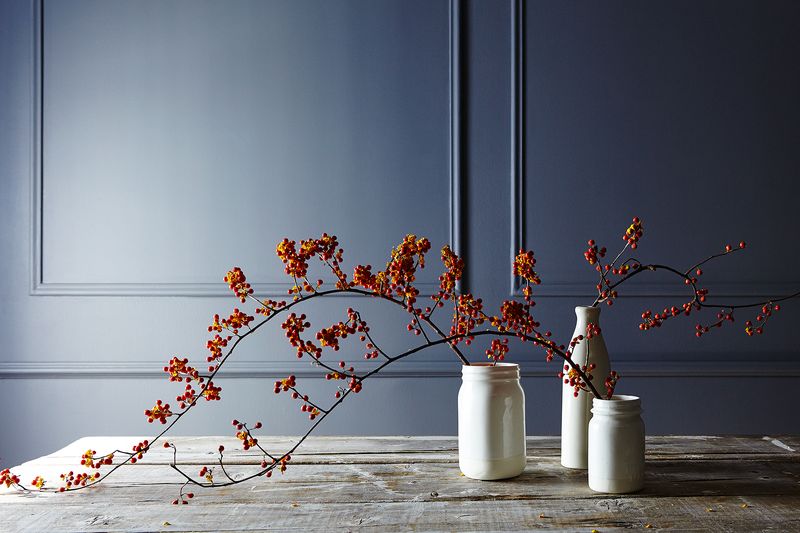 A single branch of bittersweet vine is long, strong, and flexible—perfect for twisting into a circle and securing with some wire to make a wreath. For the same reason and because the perky clusters of red berries will keep their vibrant color even as it dries, bittersweet is impossibly easy to arrange on its own. The twigs keep their volume over time—with berry pods sprouting out all along one side—so just secure the end in a heavy vessel, let the long tendril rest on the table, and repeat until you've had enough.

Bittersweet is technically an invasive species, native to Northern Africa, Europe, and Asia but not the U.S.A., so decorating with it at least makes some use of the excses; plus, it's popular for its crimson color this time of year so you shouldn't have any trouble finding it. But any other decorative berries can be dried and put to this same use. 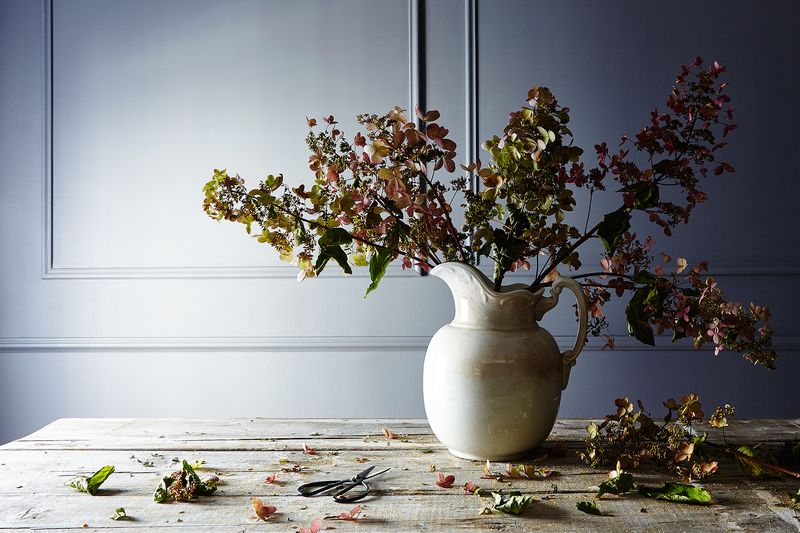 Some of our favorite flowers, hydrangeas are fluffy and colorful when they're alive and somehow just as pretty when dried (more on how to keep them from wilting, coming soon!). "Mophead" varieties are those with tight clusters of petals, whereas the ones above, called "lacecap," have a little more breathing room between the flowering parts—like a cluster of loose-weave lace. All dried out, the green leaves can be stripped away easily and the buds arranged in a hefty pitcher.

We shot this a few weeks ago and still have some hanging around the office; the only way to hurt a dried hydrangea is to love it too much—they're a bit delicate, but otherwise long-lasting.

3. Odds and ends of greenery. 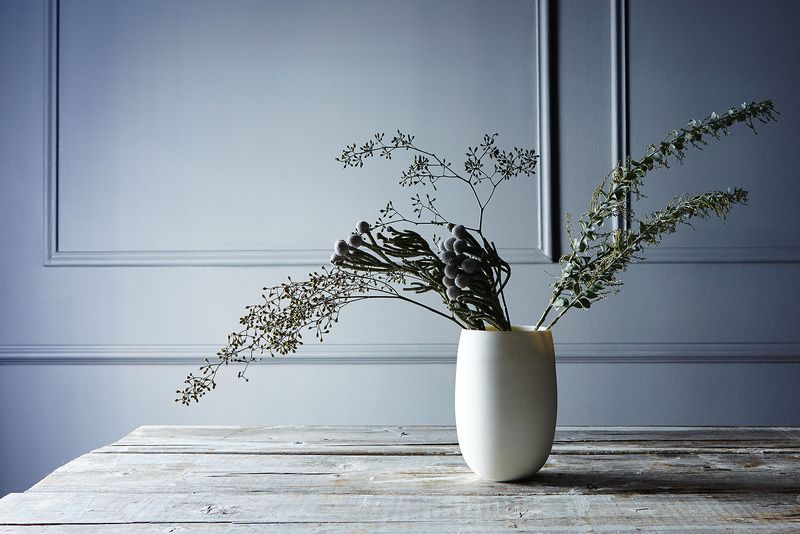 That tiny berry-like spray of a plant is called Seeded Eucalyptus and the heftier, silver baubles are Silver Brunia (which actually show up when all the a fluffy petals of a Flowering Vrunia have fallen off—yay autumn!). But this arragement is less about what exactly is in it; the idea is to let some of your greenery from the upcoming holidays go ahead and get crisp and then arrange in a vase with lots of breathing room between them.

The beauty of a dried plant is that it's rigid and structural, creating an arrangement of striking shapes that don't always require supplementing with other flowers. Here, for once, greenery plays more than just a supporting role. 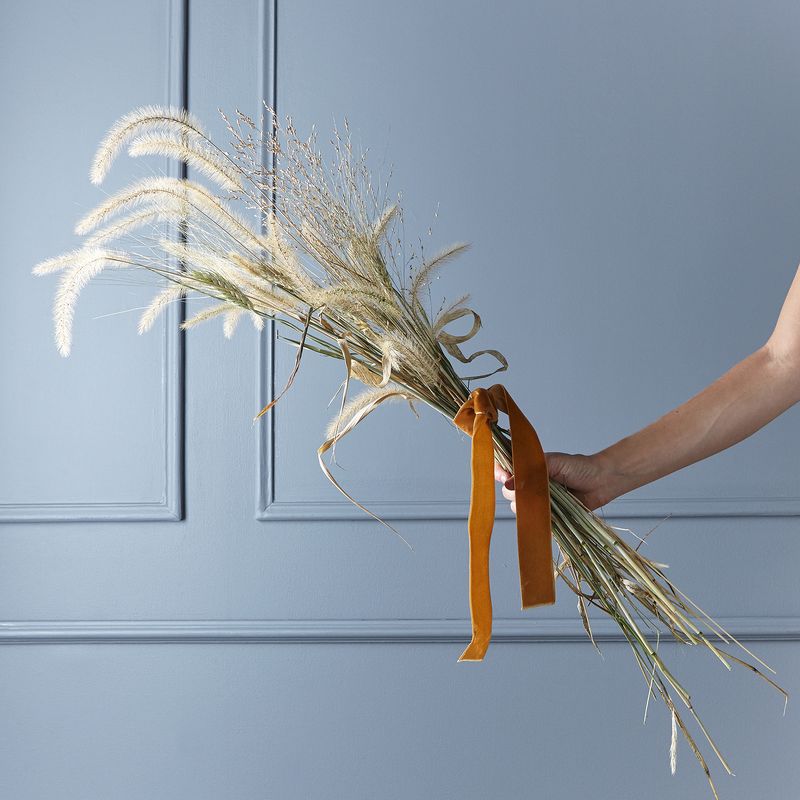 I won't lie, I foraged for these dry grasses during a lunch break at jury duty a few weeks back, poking around a park in Chinatown like a thief (to the dismay of local pigeon gangs, though I longed for a real cop to stop me: Are you stealing dead grass?). I must have looked guilty; the judge released me without an assignment.

Clustered in a fistful, the dry grasses withstood the long walk home that evening and another to the office for this shoot, and the addition of a knotted velvet ribbon gave them just enough color to feel festive. The good news here is twofold: Dried grasses are cheap (and/or free if you're brave), and they're proof that brown arrangements can be beautiful. Don't let dry flowers have all the fun.

What are you arranging now that there's a chill in the air? How do you dry flowers? Let us know in the comments.

esther November 10, 2015
I did forage for bittersweet- to anyone who wants to do this as well PLEASE boil or nuke the berries before disposing of the vines/berries as they are invasive.