Winner of Your Best Dish You (Intentionally) Set on Fire

Congratulations to fiveandspice, whose Flamin' Cajun Shrimp won this week's contest for Your Best Dish You (Intentionally) Set on Fire, earning her a handsome Ruffoni Copper Gratin Pan with Acorn Handles from Williams-Sonoma, plus big prizes from Viking, OXO and Tiny Prints, and a spot in the next food52 cookbook! 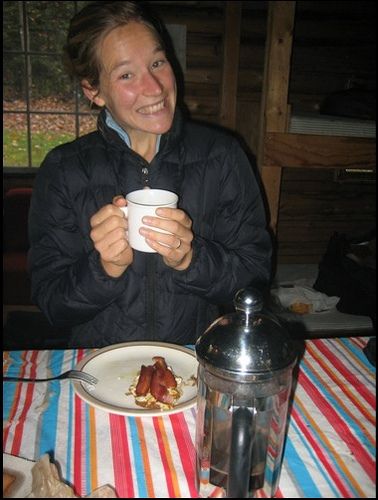 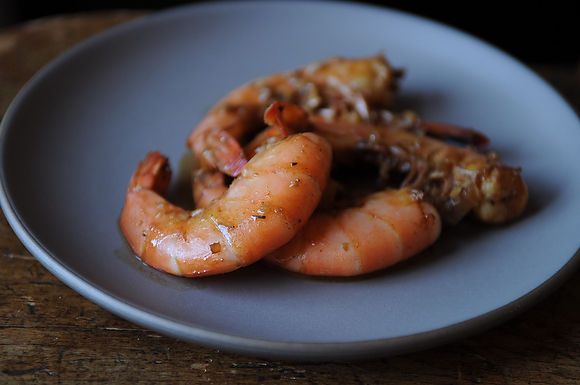 Bob Y. April 7, 2011
I was so pleased that fiveandspice mentioned Babette's Feast as her favorite food-related movie. To my mind, although the dinner itself was amazing, the last scene of the film, in which an old man of the fundamentalist sect, staggers, drunk, outdoors in the cold and says, as if he's seen the heavenly host, "Hallelujah." "Feast is perhaps the best food related film I know of - try Netflix if you haven't seen it. Its more than worth the effort. Thanks fiveandspice for finally mentioning this amazing film on this site.

ChefJune April 7, 2011
Congrats, FiveandSpice! Where do you live? I would love to make Lefse with you. I grew up in Andersonville (Chicago) with all those Nordic delights (except you can keep the Lutefisk).

You're going to love that copper gratin pan. I have a Ruffoni copper polenta pan, and I use any excuse to make polenta so I can use it. :)

fiveandspice April 7, 2011
Hi ChefJune! I live up in Boston, and you're more than welcome to come up and visit to make lefse sometime. That goes for any food52 member! I love having people over to cook! (and, I'm very, very excited about the gratin pan. I actually really needed one.)

Blissful B. April 7, 2011
On another thread, I said I was a Thirschfeld groupie (which I am), but the truth is, I'm a fan of so many fabulous cooks on this website, and I'm definitely a Fiveandspice groupie! I've been following your blog as well & I love the variety of your recipes. You make it look so easy to pull together something completely original & delicious. Congratulations on a well-deserved win!
Author Comment

Kayb April 6, 2011
Congrats! Love the shrimp, but I'm dying to try the lefse. Thanks for posting the recipe!
Author Comment

fiveandspice April 6, 2011
Once again, thank you so, so very much to all of you! I'm just in awe of how wonderful and supportive this community is! It's overwhelming. I also wanted to let you know, I've posted my lefse recipe now, so, feel free to check it out! (http://www.food52.com/recipes/10975_potato_lefse) Happy griddling!

Greenstuff April 6, 2011
Just today, I was daydreaming about that favorite movie question and was thinking the same thing, that scene from Babette's Feast is the best. The transformational power of a great dinner!

aargersi April 6, 2011
Hurrah for fivenspice! I need to make these shrimp SOON!! Looking forward to the lefse recipe too!!

ALittleZaftig April 6, 2011
Congratulations! I'm from MN, too, and of Norwegian heritage. I made lefse today, actually! (I know, out of season, but I couldn't resist.) Can't wait to try your recipe.

Burnt O. April 6, 2011
Well deserved!! I'm very jealous of your gorgeous gratin pan ;-) Love the story about the charred cake. My first serious cooking adventure at age 9 was a NY style cheesecake from a NYT recipe. I didn't latch the springform pan properly and it spilled all over the kitchen table and floor when I tried to pick it up and put it in the oven. I was inconsolable.

hardlikearmour April 6, 2011
Congratulations on your win! Wonderful Q&A, and I'd love to try your lefse - seems like such a good time!

betteirene April 6, 2011
Congratulations! Great recipe! With all the recipes you've posted on this site, exactly how do you manage to stay so slim? (If you haven't browsed her recipes, fiveandspice has every kind of stuffed dough imaginable--hand pies, empanadas, etc. She's probably a shoo-in for this week's dumpling contest.) Now. . .Is that enough buttering up to get you to post the recipe for lefse? Please?
Author Comment

fiveandspice April 6, 2011
Haha, oh that's so true! I do love pretty much anything stuffed into dough. But I try to walk or bike everywhere I go to make up for it! I will absolutely post my lefse recipe! I'll do it tonight as soon as I have a chunk of free time that is more than 5 minutes. :)
Author Comment

fiveandspice April 6, 2011
Awww, thanks! You guys are the absolute best!!

Midge April 6, 2011
Congrats! A great Q&A. You have me craving that grilled cheese right now..