Winner of Your Best Holiday Roast

Congratulations to TasteFood, whose Porcini and Rosemary Crusted Beef Tenderloin with Port Wine Sauce won last week's contest for Your Best Holiday Roast, earning her a spot in the Food52 Holiday iPad App! 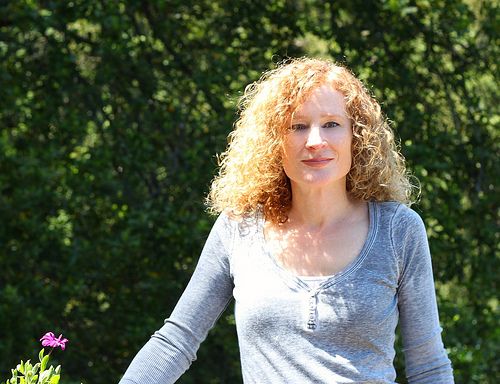 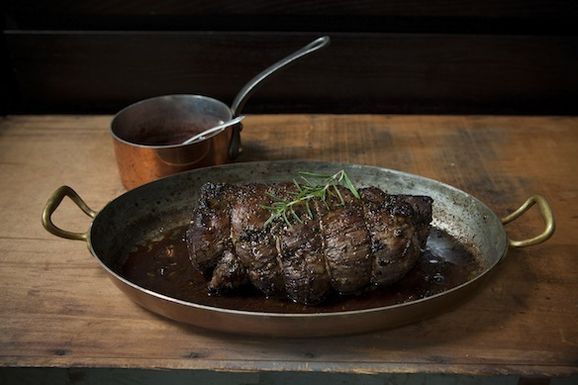 Describe an early food experience that has influenced the way you think about food and/or cooking.
Studying cooking in Paris opened my eyes to the delights of butter, cream, meat, and rich cheese. Since then I've never looked back.

What is the best thing you've made so far this year?
Homemade bacon -- thanks to Charcutepalooza. Which reminds me I need to make some more.

Describe your most spectacular kitchen disaster.
Letting eggs boil on the stove while I took a phone call in the bedroom of my apartment in a high-rise building in college. The call went on and on until the building's fire alarm went off. The water had boiled off in my pot causing it to smoke, triggering the alarm and the entire building's evacuation. This happened before I went to cooking school.

What is your idea of comfort food?
Salade Lyonnaise

Apron or no apron?
No apron, and I should know better by now.

What's your favorite food-related scene in a movie?
Babette's Feast. The whole film is a food related scene.

If you could make a show-stopping dinner for one person, living or dead, who would it be?
I need to think about that. I am pretty happy doing it for my friends.

You prefer to cook: a. alone, b. with others, c. it depends on your mood
Alone. There, I said it.

When it comes to tidying up, you usually: a. clean as you cook, b. do all the dishes once you've finished cooking, c. leave the kitchen a shambles for your spouse/roommate/kids to clean.
I start with A and move on to B.

bvrlybest December 11, 2011
Congratulations! It looks great and I look forward to making it soon!

mcs3000 October 31, 2011
Congrats - great recipe + Q&A. Homemade bacon is the best thing I've made this year too, thanks to Charcutepalooza.

My P. October 30, 2011
Congratulations! It has been awhile since I tackled a tenderloin, but I have been officially inspired.

Ms. T. October 29, 2011
Congratulations! I love your answer about the apron :) Looking forward to meeting you.

Lizthechef October 29, 2011
This really will be our entreé for Christmas lunch. Fabulous! Congratulations!

creamtea October 28, 2011
Congratulations Tastefood. Nice to get to know you!

gingerroot October 27, 2011
Congratulations, TasteFood! I am looking forward to making your beautiful roast.

TasteFood October 27, 2011
Thanks so much, everyone, for all of your comments!

drbabs October 27, 2011
Congratulations! I knew as soon as I saw this recipe that it was a winner. (And I'm with you on preferring to cook alone and not wearing an apron even though I know better and have ruined way too many of my clothes).

TheWimpyVegetarian October 27, 2011
Many, many congratulations on winning with another amazing dish!!!! This is the perfect holiday roast! And I must confess I prefer to cook alone too. It allows me to sink into a relaxing, creative rhythm. Always afraid it makes me seem anti-social. Happy to see others here that I admire so much have the same preference. Loved reading your interview!

hardlikearmour October 27, 2011
Congrats! I'm glad I'm not the only one who prefers to cook alone.

CatherineTornow October 27, 2011
Congratulations! I can't wait to make this roast during the holidays. And what a wonderful write-up!

aargersi October 27, 2011
Congratulations! Great recipe. All of your recipes are!