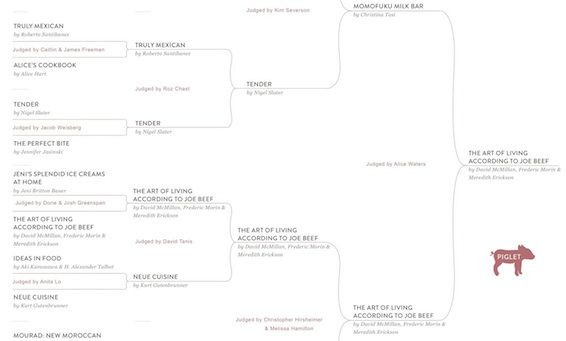 March Madness has arrived, and with it comes the universal obsession with brackets as basketball fans predict the outcome of each game in the men’s NCAA tournament. But, brackets aren’t just for basketball. They extend far beyond, into the epicurean world. And, it seems there are brackets for just about everything, from meat and condiments (not surprisingly, sriracha was the winner)... 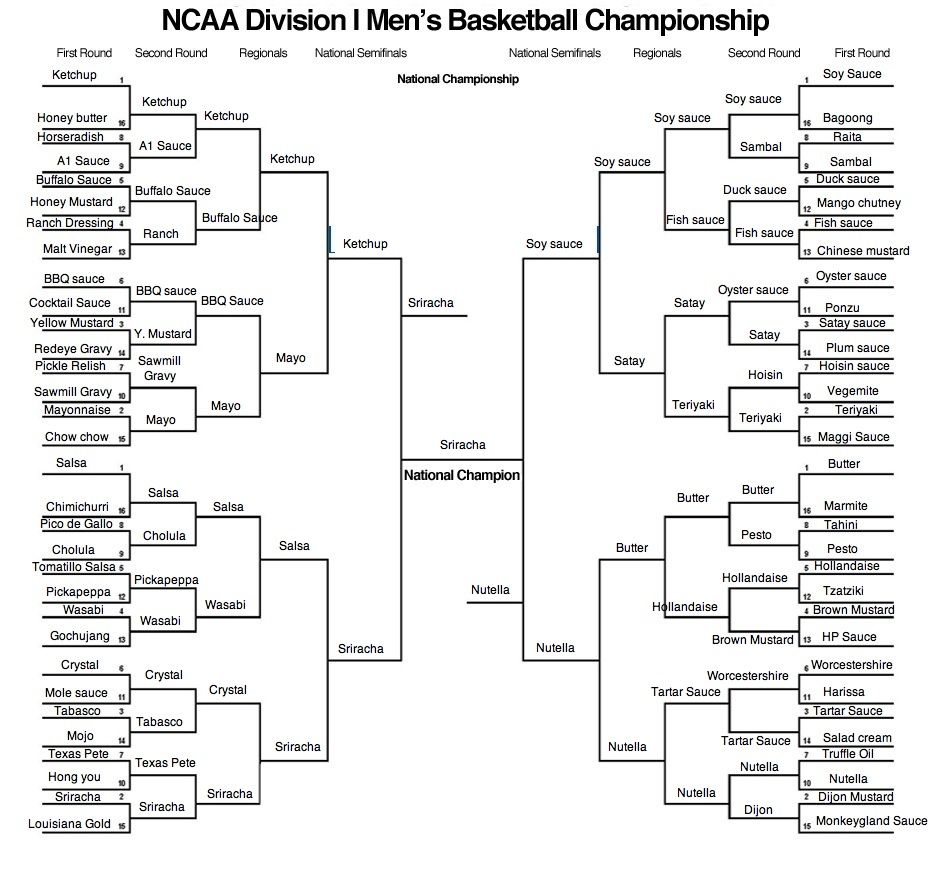 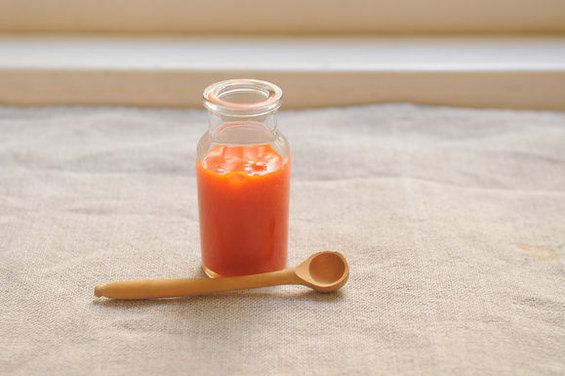 ...to cake (it was a close match, but cheesecake won) and southern food. 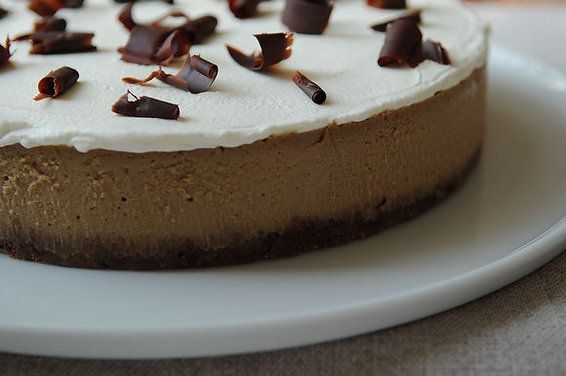 And, of course, there’s our very own Piglet, the tournament of cookbooks. But, some say enough already, it's time to put an end to food brackets.

What do you think of the competition madness? Is it all in fun, or a little too much?

duclosbe1 March 16, 2012
My Piglet bracket was such an epic fail that I don't know if I'll ever be able to complete another bracket again. Plus, I'm really bad at making decisions, so I would probably end up in a huge debate with myself about my picks, and that just kind of defeats the purpose, right? I do enjoy looking at brackets others have made and briefly contemplating a hypothetical bracket of my own, though. These ones are quite fun!

Nozlee S. March 16, 2012
I, for one, LOVE brackets -- it's fun to compare apples to oranges, whether they're condiments or types of barbecue or books or basketball teams!