The Controversy Over GM Food Labeling 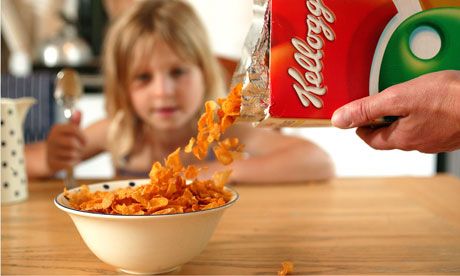 In the United States, 70% fo the food that is sold in supermarkets contains some sort of genetically modified organism. In Europe, that number is roughly 5%, and shrinking by the year. THe difference lies in a series of European laws, which require food producers in 40 nations to label food that contains even traces of GM plants (typically corn or soy). Now, there are no proven detrimental health impacts of eating genetically altered foods, but skepticism among consumers has American foodies thinking about why we don't label.

The debate over labeling in the U.S. began nearly two decades ago and with varying degrees of intensity, Congress, citizen groups, and the president have promised to pass laws that mandate labelling so-called "Frankenfoods." Never has this promise been so close to coming to fruition.

A citizen initiative in California called, "The Right to Know Genetically Engineered Food Act," has gained steam - more than 1 million individuals have signed a referendum to get the bill on the ballot in November. If the petition can jump a couple more regulatory hoops, it will likely pass. The issue enjoys massive bipartisan support - about 90% on both sides of the isle.

Most importantly, because of California's size and agricultural prowess (both the most populous state and an agricultural superpower), a law there could prompt national companies to change their labveling methods across the nation. A state law could prompt national companies to change their labeling methods across the nation. Consumer demand of non GM products may have a huge impact on what is sold in supermarkets.

imgoingtobecomewonderful.tumblr.com
I love nothing more than a summer tomato (maybe add some balsamic, basil, and home-made mozz). In my free-time, I cook, read about cooking, farm, read about farming, and eat. Food is a basic necessity, but good food ought to be a fundamental right.

Slowvehicle June 16, 2012
The surprise is not that there is a controversy; the surprise is that it is not already a federal requirement for GM foods to be labelled as such. This is not about banning anything--GM foods will still be permitted to be sold--but about informing consumers what is in their food. Put it this way: if people would not buy a product if they knew it contained GM ingredients, perhaps that should be a signal to producers to find a different answer.