Winner of Your Recipe with Mint

Congratulations to em-i-lis whose Mint-Pistachio Pesto won this week's contest for Your Best Recipe with Mint! 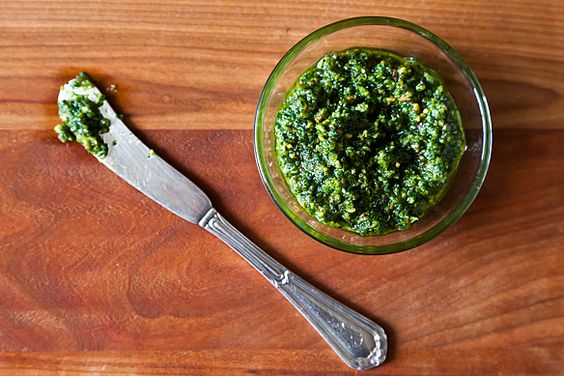 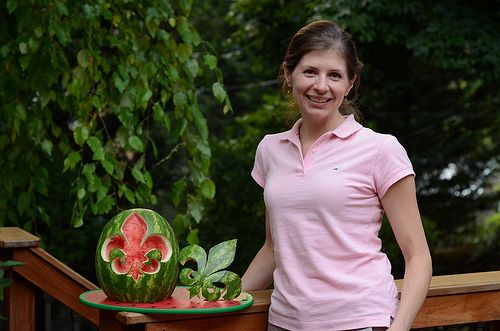 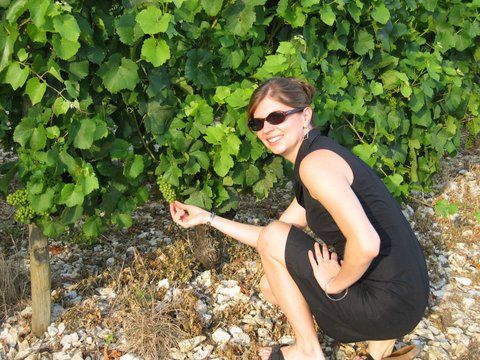 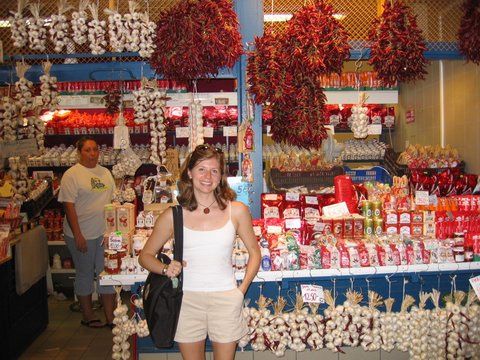 1. Describe an early food experience that has influenced the way you think about food and/or cooking.
Growing up in Louisiana surrounded by a large Cajun-Italian family was a panoply of food experiences that influenced my commitment to super-flavorful, unfussy food. I learned to can by helping my grandmother put up vats of cranberry sauce in anticipation of Thanksgiving and Christmas. I learned how incredible the humblest of beans will taste if you add some fat and salt and cook them slowly. I learned that a just-picked tomato still warm from the sun beats pretty much any supermarket or farmers market tomato you can find. I learned that shrimp and crabs just plucked from the Gulf are as good as any seafood in the world (even though I used to squirm when tying the chicken necks on strings as crab bait). I learned that cooking and eating are fantastic ways to nourish and love yourself and others. And I learned that good food doesn't have to be difficult or fancy: you need fresh ingredients and a hand wise in dosing out seasoning and spice; you should have fun with the process; cocktails and friends and/or family add a great deal; knowing and trusting the source of what you're eating adds just as much.

2. What's your least favorite food?
Offal and slimy and/or overly-gamey meats. I just can't enjoy them.

3. What is the best thing you've made so far this year?
It's a three-way tie: my plum-basil jam, my meyer lemon cake and either my southern greens pizza or chicken with capers, oregano and garlic. Amanda's plum tart is absolutely amazing too. I make and then hide and hoard it. :)

4. Describe your most spectacular kitchen disaster.
Several years ago, I made a batch of falafel which is one of my very favorite foods. The batter looked lovely, and I was so, so excited. However, as soon as I started to fry them, each and every one fell apart as if they were spontaneously combusting. I ended up with a greasy, stinky mess of what looked like oily, fried gravel. Revolting.

But the best disaster ever - of which I was only a small part but attach myself to because of its spectacular nature - was my mother's maiden voyage into risotto making after returning from a trip to Italy. We were having a bunch of family over and mom had been talking up a risotto entree for days. Because she gets nervous before hosting (she used to pay me, literally, to worry for her), she decided to make the risotto hours in advance and then warm it before serving.

As you may have surmised, this did not work. The risotto was so tough and sticky and awful that we decided the only thing to do was make a sculpture out of it for kicks. We managed to shape the mass into what looked something like a head and then named "him" Uncle Risotto. Other random kitchen finds turned into his eyes and nose, and we set him lovingly on our back porch railing.

Now, this was taking place in SW Louisiana on a very hot day, and by the time we returned to the porch, Uncle Risotto had adhered to the railing and birds had started to pick at him. When all was said and done, Uncle R peeled the paint off the railing, and we were in hysterics for days. Hilarious to reminisce about that....

5. What is your idea of comfort food?
The apple streusel bread from a bakery near my home, muffins of all stripes, pie. Can you tell that I really groove on carbs?!

6. Apron or no apron?
Both. If I know I won't be in something messy, I go apron-free, but I'm not too proud to know when I need one. Cherries? Need the apron! Baking? In all likelihood! Chopping squash? Probably not.

7. What's your favorite food-related scene in a movie?
Even though The Truth About Cats & Dogs is not a good film, I do love the scene in which Uma Thurman's character is finally convinced to taste the dessert. She's a model who never eats, but Ben Chaplin's character urges her to indulge, enjoy, savor. She does. I think so many women have this sort of experience frequently, too(!) frequently, and I appreciated the honesty in that scene. You can see her fear, guilt, the complete vexation she feels, and after the first bite, you can see she realizes how much she's missed by refusing herself truly wonderful food.

8. If you could make a show-stopping dinner for one person, living or dead, who would it be?
It might be Caroline Knapp, the late author of Appetites. That book is profound and excellent on so many levels, and as she recovered from anorexia before she died, I'd love to make her a beautiful, bountiful feast of celebration. I would also love to cook for Nora Ephron.

9. You prefer to cook: a) alone; b) with others; c) it depends on your mood
It depends on my mood -- when I'm experimenting or trying something brand new, I like to be alone. But, in general, I like to cook with others around me. When we have friends over for dinner, I love that everyone gathers around our little kitchen island, talking, drinking, laughing, tossing a salad here, setting the table there. It's a great feeling of comfort and community.

10. When it comes to tidying up, you usually: a) clean as you cook; b) do all the dishes once you've finished cooking; c) leave the kitchen a shambles for your spouse/roommate/kids to clean.
I am definitely a clean-as-I-cook kind of gal. I love a clean kitchen and tools at the ready! Sometimes this type-A-ness gets me in trouble though because I'll clean and pan and then realize I need it again for the exact thing I just washed out.

JanetFL July 29, 2012
Finally got local Colorado peaches this weekend and your pesto is on the menu!

EmilyC July 29, 2012
Very happy for your win, em! Have a feeling your pesto is going to be made in many kitchens this summer, including mine! : )

hardlikearmour July 29, 2012
Congratulations, Em! Your pesto sounds fantastic, and I plan on making some for a party next week end. Love your risotto story! What a riot!

em-i-lis July 29, 2012
thanks so much, hla. i hope y'all enjoy it, and i'm glad everyone in the food52 community appreciates the hilarity of the risotto debacle. :)

BlueKaleRoad July 27, 2012
Congratulations! Your pesto is marvelous. I enjoyed getting to know you better in your Q&A, too.

chimera July 27, 2012
Congrats Em! The description of your kitchen couldn't be more spot-on - it's a warm, inviting, yummy-smelling, fun, wine-and-laughter-filled kitchen. And I love the risotto story! Your strawberry rhurbarb jelly was eat-with-a-spoon-good - now I want to try the plum-basil!

drbabs July 26, 2012
Huge congratulations, Em! I sort of feel like we're sisters--we've had so many of the same growing up experiences and are attracted to so many of the same foods. If you loved Caroline Knapp, you'll love the book "Let's Take the Long Way Home" by Gail Caldwell--it's about their amazing friendship.

calendargirl July 26, 2012
Emily, congrats and what a great read your Q & A is! Especially love your story about making falafel. Any time you are up for a falafel expedition, say the word. My all time fave is from a joint on the rue des Rosiers in Paris (L'as du Fallafel), brimming with roasted eggplant and other amazements.

em-i-lis July 26, 2012
it really would be fun if we went to paris all together. have mercy! so glad you appreciate the ridiculous story of uncle risotto. :)

meganvt01 July 26, 2012
Congrats on the well deserved win Em! I love hearing about your inspirations and it is nice to see more D.C. areas cooks winning!

inpatskitchen July 26, 2012
Congratulations em-i-lis! I love your stories and so nice to know more about you!