Winner of Your Best Lettuce 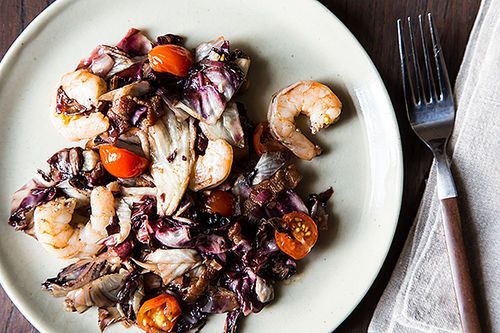 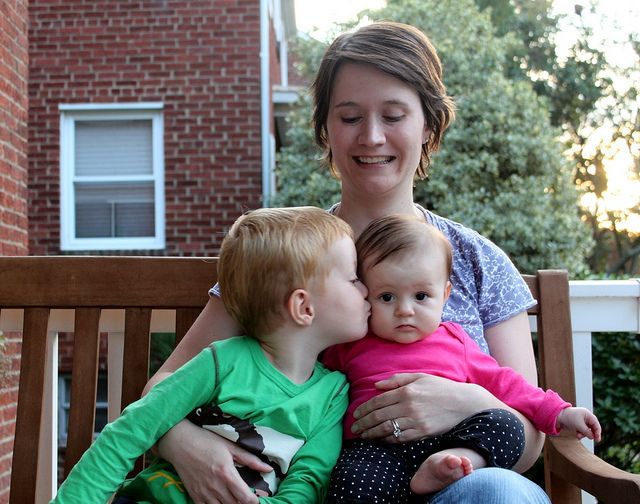 Congratulations to EmilyC, whose recipe Roasted Radicchio and Shrimp with Warm Bacon Vinaigrette won this week's contest for Your Best Lettuce!

1. Describe an early food experience that has influenced the way you think about food and/or cooking.
I was raised on a farm in the Midwest by parents and grandparents who love to garden and cook, so I became interested in food at a young age. Some of my favorite food memories include picking wild black raspberries with my mom for pie or jam -- or foraging for morel mushrooms with my dad in the nearby woods. I was lucky to have my mom (a retired home economics teacher) as my mentor in the kitchen growing up.

2. What's your least favorite food?
Wasabi peas, which happen to be one of my husband's favorite snacks.

3. What is the best thing you've made so far this year?
I'd have to go with the grilled bread salad with broccoli rabe and summer squash that I made earlier this summer.

4. Describe your most spectacular kitchen disaster.
This spring, just a month or so after my daughter was born, we were without a working refrigerator for nearly a week. We had to live out of coolers, which is not fun at all. After replenishing our new fridge, we then lost our power for three days after a big storm swept through the DC area around the end of June. We were back to coolers again and had to throw out all of the good stuff that we had just restocked!

5. What is your idea of comfort food?
A cheeseburger, fries, and a thick chocolate malt.

7. What's your favorite food-related scene in a movie?
I smile when the curmudgeonly food critic in Disney’s Ratatouille tastes Remy’s ratatouille for the first time. It’s such a sweet scene.

8. If you could make a show-stopping dinner for one person, living or dead, who would it be?
I'd love to share a good meal with Jacques Pepin -- but I'd want him to do the mise en place so I could see his knife skills in action!

9. You prefer to cook: a. alone, b. with others, c. it depends on your mood.
It depends on my mood. A solitary afternoon in the kitchen baking cookies is pretty hard to beat -- but other times, there's nothing better than mixing up pancakes or cookie dough with my son, or getting ready for company with my husband.

10. When it comes to tidying up, you usually: a. clean as you cook, b. do all the dishes once you've finished cooking, c. leave the kitchen a shambles for your spouse/roommate/kids to clean.
b. -- although I'm really working hard to clean as I go!

boulangere October 10, 2012
Congratulations on your win, Emily, but most of all on your beautiful little daughter!

Kitchen B. October 8, 2012
Many congratulations Emily - that photo of you with your children makes my heart warm!

gingerroot October 5, 2012
Congratulations EmilyC! Your children are adorable and it won't be long until you have two little helpers in the kitchen.