Winner of Your Best Recipe for Autumn Soup

Congratulations to Bogre, whose Caul-do Verde (Portuguese Caldo Verde with Cauliflower) won the contest for Your Best Recipe for Autumn Soup! 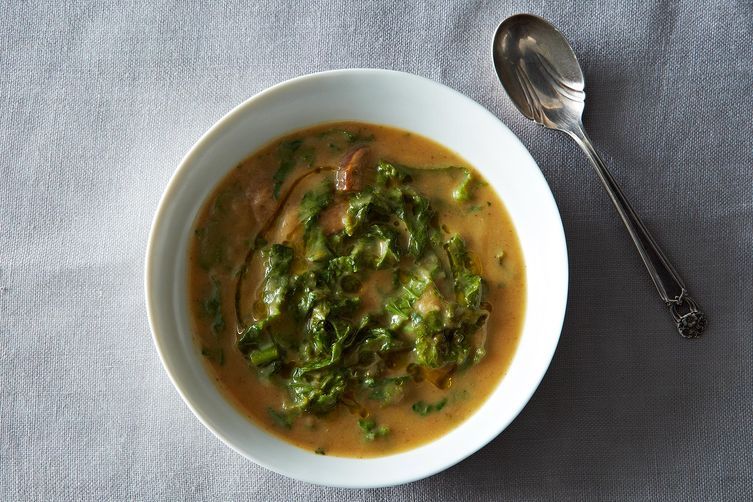 Describe an early food experience that has influenced the way you think about food and/or cooking.
Before I actually had even the vaguest notion of what I was doing in a kitchen, I somehow talked the manager of the now-defunct (coincidence?) D.C. dive the Toledo Lounge into hiring me as the Saturday cook. Prior to that, I’d spent several years making basic stuff in the kitchen of a Washington concert venue -- sandwiches, hummus, things like that, as well as doing slightly more involved but still-manageable hospitality spreads: pizza (using pre-made crust), soup (using a big can of Campbell’s condensed tomato as a base), salad, and so on.

So I figured I more or less knew what I was doing. Long story short: I completely underestimated the extent to which I would be in over my head. The only things I didn’t regularly screw up in my mercifully short stint there were the grilled cheese and the nachos. It remains the one and only “real” food job I ever had, but it also taught me a great deal about organization and composure under pressure, both of which would prove to be major assets when I started bartending a little while later. 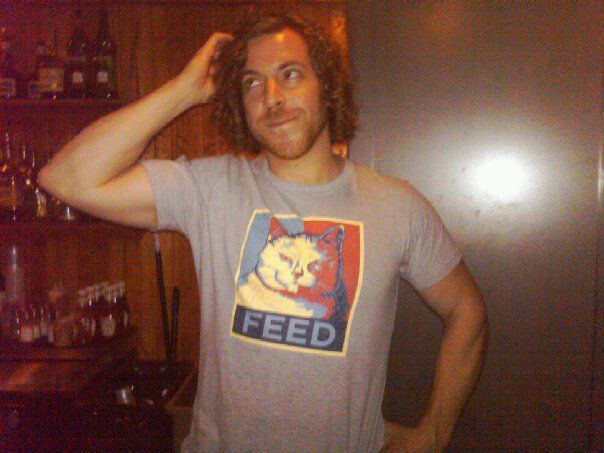 What's your least favorite kitchen task?
Any number of mundane but vital tasks come to mind, but two stick out as especially onerous: cleaning mushrooms; and washing, drying, and prepping leafy greens or fresh herbs such as parsley or cilantro for storage. To use an air-travel analogy, they’re the agonizing layover stop between the farmers market and the frying pan. So to speak.

Your favorite kitchen tool?
An immersion blender with mini-processor and whisk attachments. I like to purée things. The particular model I have is the bee’s knees, but, sadly, is no longer on the market in the States. I would seriously have to consider saving it first in a fire. Sorry, family and/or housemates.

What is your idea of comfort food?
This is a tough one. Do I tick off a list of favorites, like mac ‘n cheese, Hungarian Goulash, or Puttanesca? Do I talk about the first meal I ever ate as a student in Italy more than a decade ago? (For the record, it was called Penne San Tropez -- it’s basically Marcella Hazan’s Tomato Sauce with Onion and Butter, but with cream and Swiss cheese tossed in along with the pasta, and it is easily one of the best things I have ever eaten.) Do I mention tiny D.C. noodle shop Toki Underground and the fever-dream-inducing nature of the Taipei curry ramen with chicken karaage? Or do I say my mom’s spaghetti sauce, which was the first thing I consciously tried to emulate in my earliest kitchen forays? Yep, let's go with that.

What is your greatest kitchen disaster?
The one that comes immediately to mind happened recently: I was deglazing a pyrex dish on the stovetop after roasting veggies, and it got so super-heated that it exploded. Somehow I avoided sustaining any shrapnel wounds, but there was glass literally everywhere -- it even got in the cat’s food bowl all the way across the room. It took forever to clean up, and I was still finding little bits of glass on the floor and stovetop for days afterward.

foxeslovelemons October 17, 2013
Congratulations on your much-deserved win! What a great looking soup. And I hear ya on the cleaning mushrooms. Horrible!

Alexandra October 17, 2013
I grew up eating caldo verde, Yours looks delicious. I would love to try your version of it. Where can I get the recipe?

Chris H. October 17, 2013
Thank you. If you click on the picture of the soup above, it will take you to the recipe. You can also try this one, which is my more traditional version using potatoes, kale, and smoked pork (rather than turkey) kielbasa: http://food52.com/recipes/8308-caldo-verde

QueenSashy October 16, 2013
Congrats!!! I loved your Summertime Potluck Puttanesca, and I am pretty big on Goulash and very much look forward to trying this soup...

Chris H. October 17, 2013
Thanks, Kathryn. I got a huge head of yellow cauliflower from the AU farmers market yesterday, and Stacey brought me a couple bunches of mustard greens from her garden, so I'm going to make a big batch to share in the staff lounge. I love it with the yellow cauliflower because of the orange-y hue it takes on when roasted with the paprika and then pureed. Makes a nice, colorful contrast with the green.

Pegeen October 16, 2013
Congratulations! I'm so looking forward to making this soup (and to more recipes from you!).

aargersi October 16, 2013
Congrats! And a sort of kudos on actually blowing up a pyrex - I have cracked one but never a full explosion ...

Midge October 16, 2013
Congrats on your win and killer-sounding soup. I've got all the ingredients on my grocery list; can't wait to make it.