The Story Behind Your New Favorite Cheese

Today: We're telling the story behind a new cheese in Provisions, the Finca Pascualete Retorta.

The Finca Pascualete Retorta is a buttery, spoonable sheep’s milk cheese with a bold, sweet-salty flavor, straight from Spain. The best way to describe it is a pot of liquid (cheese) gold -- and we're selling it over on our Provisions shop. 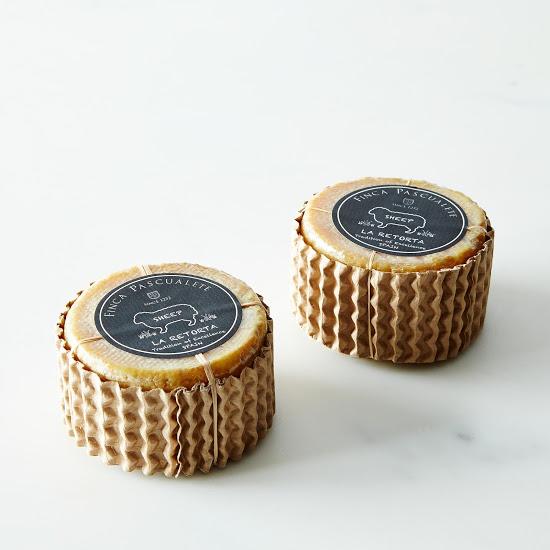 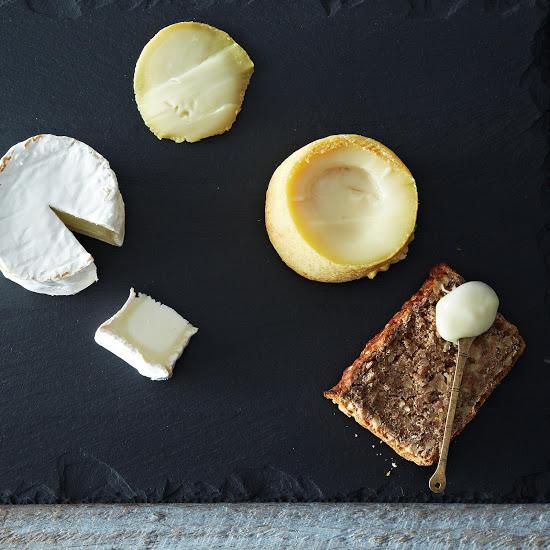 Since we’ve fallen hard for this creamy cheese, it’s fitting that its history starts with an epic love story. Aline Griffith was working as a model in New York when she was recruited by the CIA during WWII to work as a spy in Spain. There she met, fell in love with, and married the Spanish count of Quintanilla in 1947. He owned land across Spain, including an estate in the remote countryside of Extremadura. The new countess left the city for the country to raise her three children and dedicate herself to cultivating the land’s heritage.

Local shepherds had been making cheese on the property for decades from their own sheep’s milk; to preserve and carry on the tradition, Aline’s son started up his own operation in 2008.

With 1,200 ewes, it took 2 years to perfect this small round cheese. It has a thick yellow rind and a pungent aroma you can smell from the next room. The silky-smooth interior is too creamy to cut -- to eat it, you slice off the top layer of rind and spoon it out.

If you like soft cheeses like Brie or St. André, this is your jam. Don’t be afraid of sheep’s milk -- it just imparts a more nuanced, full-bodied flavor. Think cow’s milk, multiplied by a thousand.

It’s hard to pick the best part: the texture, the rich taste, the slight tang from the sheep’s milk, or the fun of spooning it out. Luckily you don't have to. Just take a warm baguette, add a spoonful of this cheese, and you’ll never have a sad lunch again.

DN3 March 30, 2014
Just a little background. The CIA wasn't formed until 1947. The organization that Aline Griffith would have been recruited into was the OSS (Office of Strategic Services) a precursor to the CIA --> http://en.wikipedia.org/wiki/Office_of_Strategic_Services

Carmen March 28, 2014
That cheese looks amazing! I am fortunate enough to live in Lisbon, Portugal and we also have different types of that creamy, salty cheese. What I would love is for you to share the recipe of that yummy-looking bread...please...
Author Comment

Carmen March 28, 2014
Hi Posie! Thanks for letting me know. I guess NYC is a but far for me to get a loaf of bread (even such amazing-looking one). Well, a girl can't have it all...

Sally March 27, 2014
Oooh, picked up some of this cheese from Cowgirl Creamery, recently. Can't wait to enjoy it.

magpiebaker March 27, 2014
Does this use animal rennet? I can't tell from the provisions listing.
Author Comment

AJerusalemArtichoke March 27, 2014
The recipe for that delicious-looking slab of nutty bread, please!