Today: A sweet and savory pork roast you can put in your oven, and then forget. 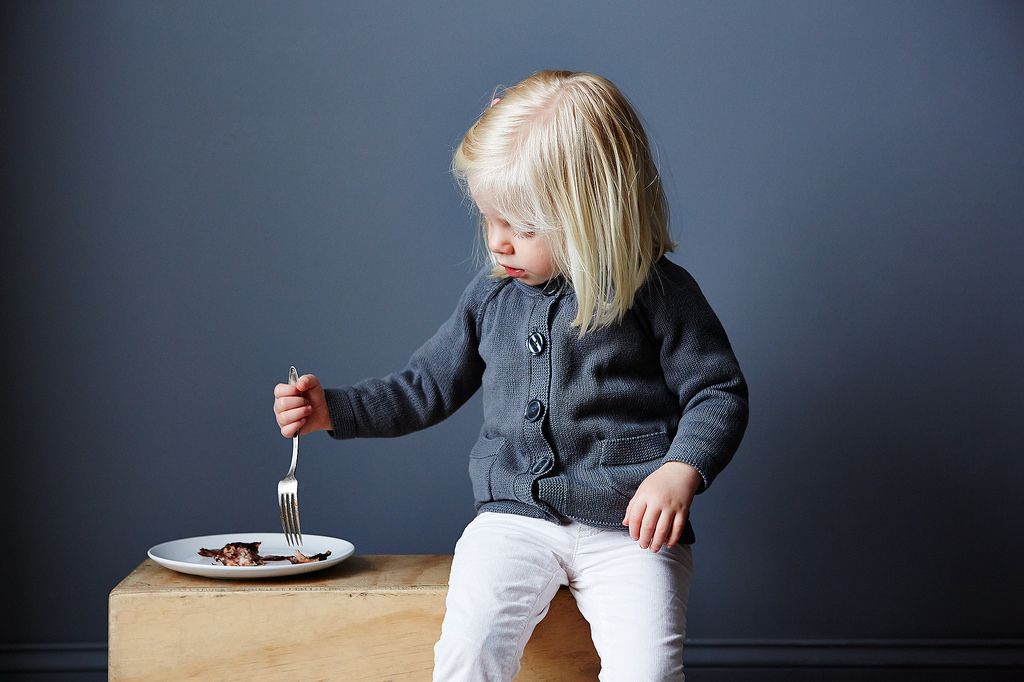 Pork is not the meat I turn to first when I'm cooking meals at home. We eat a lot of bacon and Clara's favorite pasta sauce is made with sausage, but with the state of pork these days, whole cuts tend to be tougher and more dry than any of us has patience for. So I usually avoid them. This all changed recently when I befriended the pork guy at our Sunday farmers market.

I was flirting with the idea of making a pork stew instead of one of my usual lamb or beef varieties, so I approached the stand and asked the man there what would work best for stew. He heaved a four-pound boneless butt out of his cooler, assuring me that it was beautifully marbled and would be perfect.

What I didn't realize until I got home was that the pork butt was frozen solid. There was no way it was going to thaw in time for me to make a stew that night, so I put it in the fridge and decided I'd deal with it later. 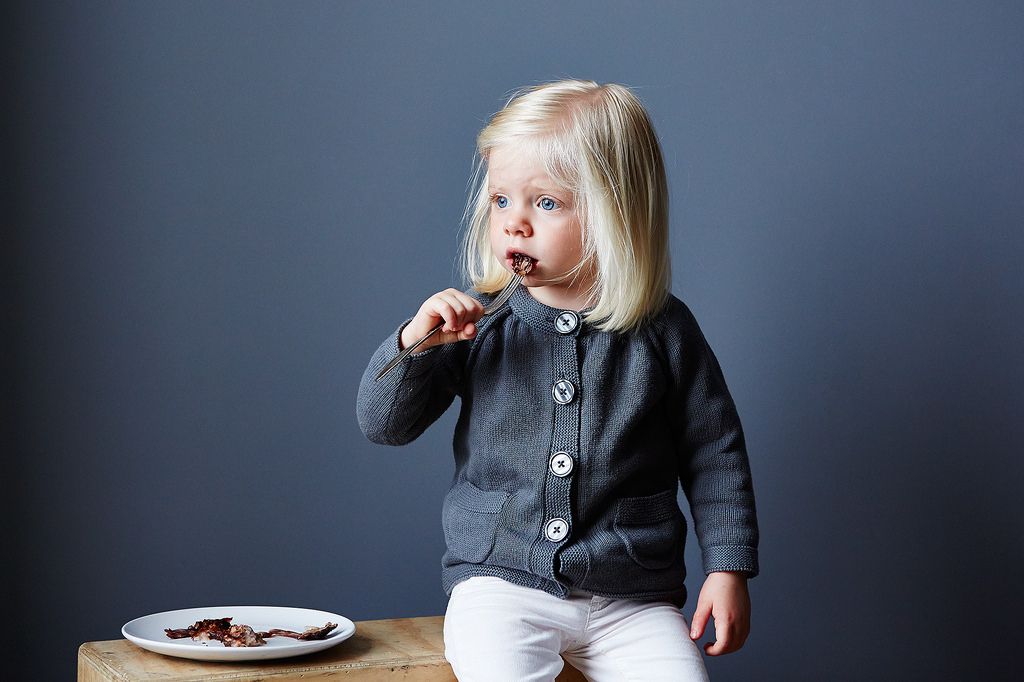 The next night I got home from work late and although the pork butt was no longer frozen, I knew I didn't have enough time to cook and cool a stew before bed. The hole in the fridge where there should have been a nice big batch of pork stew for the week was starting to make me anxious, and I had another night out the following evening.

I decided to go rogue. I thought I'd heard somewhere you can cook a pork roast overnight in the lowest of low ovens and have it turn out brilliantly. A quick Google search yielded some promising results, like this recipe from Jamie Oliver. His calls for an 11-to-13-pound shoulder roast on the bone, but with a little tweaking I was pretty sure I could make this work.

I wanted something less Mediterranean and more barbecue, so I stirred together a thick paste of chopped garlic, brown sugar, maple syrup, mustard, thyme, black pepper and a little chipotle powder and slathered the pork with it after salting it liberally. I gave it a quick blast in a scorching oven to get some caramelization going, then turned the oven down as low as it would go. I turned off the lights and went to bed.

The next morming, we woke to an intoxicating garlic-sugar-pork aroma, and the pork looked gorgeous -- it was burnished and crisp on the outside, and when I went at it with two forks, it virtually fell apart on its own. I packed some up with a soft roll and some slaw for Jonathan's lunch. Clara and I had it on its own, and then with pasta later in the week.

I've now made this at least five times. Love, thy name is pork butt. 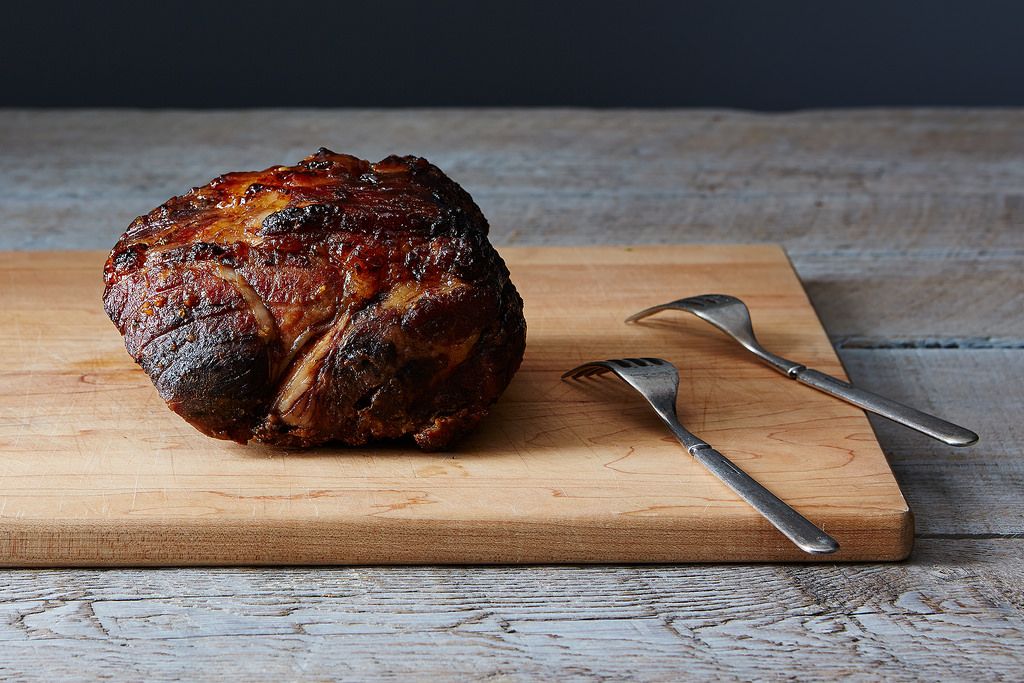 kathylou December 3, 2015
The delicious smells promised a wonderful result but alas no shredding possible and pink parts. Cooking longer perhaps or searing and then the crockpot. I will try as the flavor is delicious.

Connie T. February 1, 2015
I love pork butt, and this sounds delicious. But it tends to be pretty pricey. So does ham butt, which I used to cook for a very cheap meal back in the 60s and 70s. When did pork get to be so expensive? Now I scour the cases for packages of what might be called "boneless assorted pork cuts." Yeah, you have to cut off a bit of fat and some tendons, but it is so very cheap, and if cooked with moisture of some kind like barbecue sauce or slow-cooked with a bit of broth, it is very tasty. I use it for Chinese pork dishes as well as barbeque, throw it into chili, and make hearty pork and beans with it.

Joe L. February 1, 2015
I got the shoe leather as well. I had to make a barbecue sauce to dump all over it.

OldGrayMare February 1, 2015
Would this work in a crockpot? If so, what adjustments might be needed? I'm pretty sure the hot oven sear would still be the first step.

Connie T. February 1, 2015
I'd opt for a iron skillet sear. Much safer and easier to control, plus let energy used.

ASK July 2, 2014
Oh dear! I did this with a 3.5 pounder from the farmers market, left it in the oven for six hours and ended up with a very expensive, well-seasoned piece of shoe leather, with pink flabby sections that didn't look quite cooked.
Author Comment

paseo January 11, 2015
I slow cook a pork butt all the time since the resulting meat is so versatile. But I sear it first then cook it covered in a heavy casserole, sometimes uncovering the last hour. You also might check your really low oven temp.

Alla K. June 9, 2014
I followed the recipe pretty closely (except I cooked during the day instead of at night) - the glaze was delicious but the meat itself quite dry. I left it 8 hours... Will try 6 next time.

ChefJune June 4, 2014
I love everything about this recipe. Will be making it shortly. Brilliant! AND Clara can eat it with her fingers!