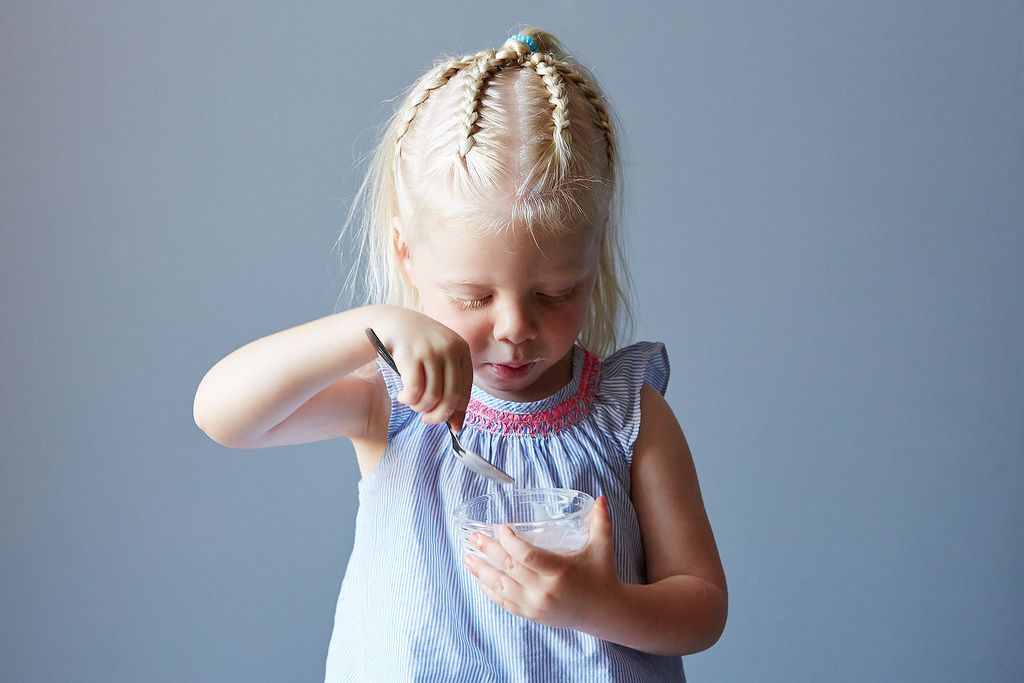 If I had to choose one ice cream flavor for the rest of my life, it would be black raspberry. Yes there's the color, almost obscene in its intensity. But the real appeal lies in the flavor of the black raspberries -- when married with cream, sugar and egg yolks, they yield an ice cream that's lush and fruity, and at the same time faintly floral; for me, it's a nostalgic flavor that reminds me of childhood summers in Maine, where I've consumed too many black raspberry (sometimes with chocolate chips) cones to count over the years.

More: For a true taste of Maine, try these New England lobster rolls.

Black raspberry happens to be my husband's favorite ice cream flavor too. Perhaps it's even the reason we're together?

Yet, for some reason I had never made it at home until this summer. When I considered this gaping void in my cooking repertoire, it seemed ludicrous. How could we ever expect Clara to jump on the black raspberry family bandwagon if she hadn't even tried it? 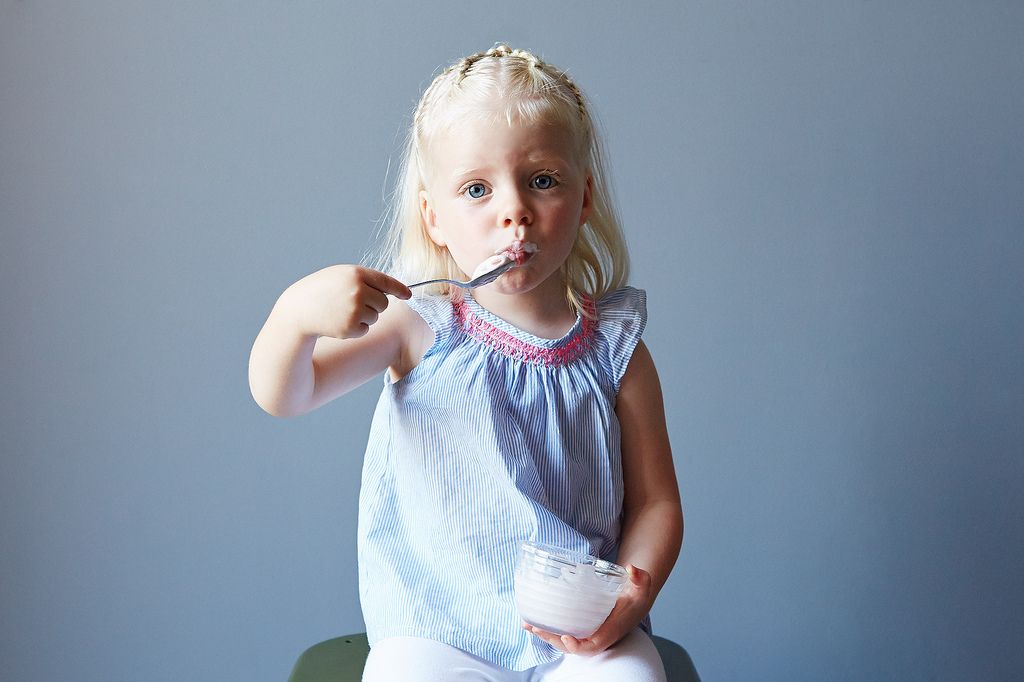 So I picked up some of the dusky, purple berries at the greenmarket (they are gorgeous right now) and set to work.

I was looking for an ice cream base that was rich and creamy without gilding the lily; it would be a crime to muffle the flavor of the raspberries. So I opted for a custard that uses a mix of milk and cream, plus three large egg yolks. A little sugar and some vanilla, and the rest was up to the berries.

I wondered whether I'd end up with the brilliant fuchsia hue characteristic of the more commercial varieties I grew up with, but I needn't have worried. The berries are like a concentrated dye, staining everything they come in contact with -- including your clothes. The freshly churned ice cream was undeniably purple, and the color only intensified once it had fully firmed up in the freezer. The flavor was just as I remembered it, if not a bit better.

Clara was unsure about the new flavor, but she managed a few bites before requesting some of her current favorite, strawberry (pictured above). I'm sure she'll come around. 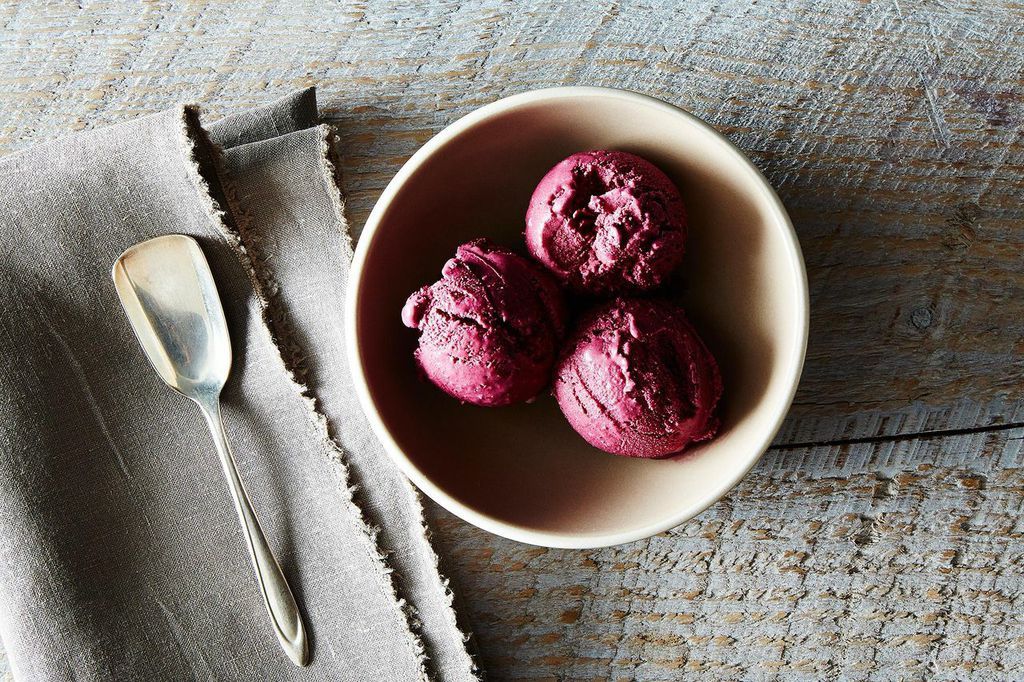 David S. June 25, 2015
Well the black rasberries are ripe her in central Ohio on this late June day in the early summer salsa. The black rasberrie is being picked today for the beauty and taste of home made ice cream to be made using this recipient Saturday.

Merrill S. July 24, 2014
They are in fact different beasts, with different flavors and appearances. Here's a great berry primer that helps to explain the nuances between black raspberries and blackberries: https://food52.com/blog/10878-a-wild-berry-primer-an-easy-pie I too have spent a lot of time in New England, and have eaten and foraged for both many times!

AntoniaJames July 23, 2014
That's easily the most gorgeous ice cream I've seen in years. Black raspberry was one of my favorites as a young girl; I often requested it, along with angel food cake (no icing or glaze, please!) for my mid-summer birthday. Not sure if we can get black raspberries out here, but I'm certainly going to look for them, now. I like how you keep this ice cream simple, letting the berries take center stage. ;o)
Author Comment

Sini |. July 23, 2014
This ice cream looks stunning, sounds stunning, and I'm sure also tastes stunning. I've never heard of black raspberries before (according to Wikipedia they don't grow here in Europe) but am beyond curious to try!
Author Comment

Merrill S. July 24, 2014
Thank you! You can definitely use the same recipe with whatever berries you have on hand.

ChefJune July 22, 2014
Oh.My.Goodness! Yes, I certainly hope Clara will come around to Black Raspberry Ice Cream. It might be a bit of an acquired taste.
Author Comment

Alexandra S. July 22, 2014
This is embarrassing, but I have very fond memories of eating black raspberry frozen yogurt at TCBY. I can only imagine how good homemade black raspberry ice cream will be. I've never seen a black raspberry (also embarrassing) — I'm excited to see what my farmers' market has this Sunday. Clara is too cute!
Author Comment

Andrea L. July 22, 2014
If you have the opportunity you should try Graeter's Black Raspberry Chip. No, it's not homemade, but it is amazing.

amysarah July 22, 2014
Speaking of nostalgia, funny you should mention this - my husband grew up in Cincinnati, and Graeter's Black Raspberry is legendary (or so I've heard!)

Arlene S. July 23, 2014
It it, we can get it here in the Cleveland area. It has chocolate chunks in it. So good!
Author Comment

amysarah July 22, 2014
One of my best childhood memories is standing in my mother's raspberry bushes - which were taller than I was - eating raspberries warm from the sun, by the handful. Lots of stained clothes (to quote my mother: "You know how you get out raspberry stains? With a scissor!") This recipe hits a nostalgic nerve - when my 23 yr old baby daughter comes home this weekend, I may have to make it for her.
Author Comment

Merrill S. July 23, 2014
I have lots of fond berry-picking memories too. Wonder why that's such a common thread...

EmilyC July 22, 2014
Ah, black raspberries! I grew up picking wild black raspberries, sometimes a gallon at a time, not knowing how good I had it. I remember selling them for $20/gallon, which makes me cringe now when I buy a 1/2 pint for $5+! This ice cream looks great and I love the fact that you let the berries take center stage. BTW, I love Clara's braids -- so cute! : )
Author Comment

Catherine L. July 22, 2014
Yes! So happy I have a recipe for this flavor now -- I, too, grew up eating waffle cones of black raspberry ice cream. But mine always had chocolate chips. Thanks, Merrill!