We think every merchant we work with for Provisions is special -- but when we find one with a great story, we'll be featuring them here. Because we want to tell the world about our favorite makers.

Today: Meet Counter Culture Coffee, meet their mission, and then meet their beans. 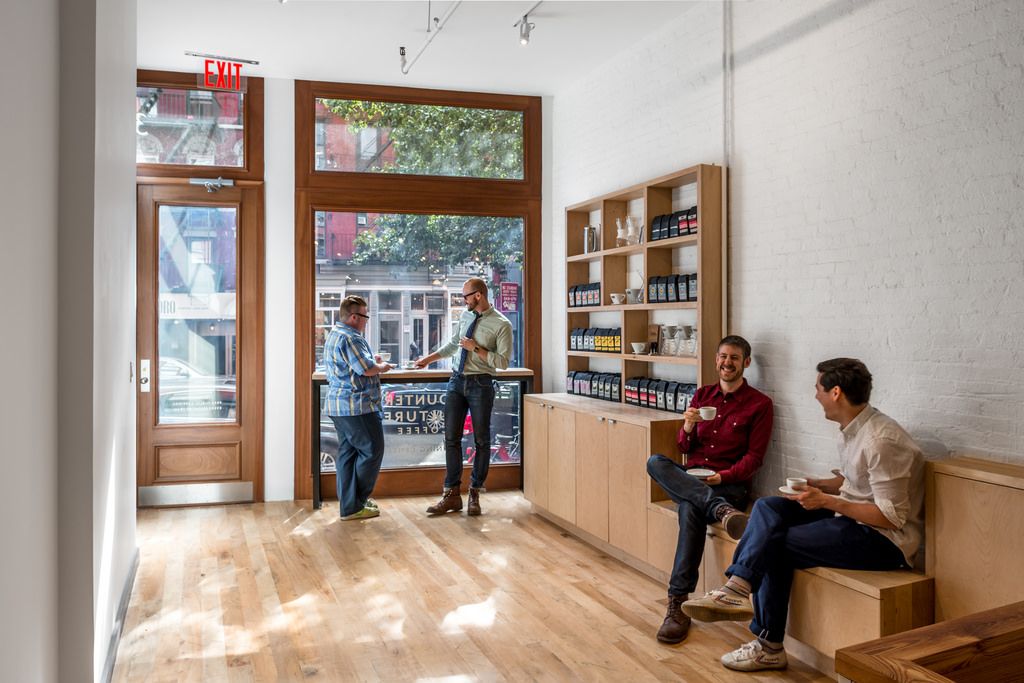 Many of us do not think about our morning coffee. We are asleep, and that is why we are drinking coffee.

If we do pay attention, we probably know our cup contains something "sustainable." Maybe the company who makes it visits the coffee farms they buy from; maybe they go straight to the source. These are the buzzwords in coffee these days, and thus they become, to the outside world, the barometer for good coffee.

Soon, the word sustaintable appears to do to the coffee world what natural does to that of food: It makes everything mean nothing. Which is why the worthwhile companies, the ones like Counter Culture, don’t just have to make great coffee (Counter Culture does), or be kind to the environment (they do this, too). They have to tell us -- amid the noise -- what the word actually means to them, and what they do to set themselves apart. 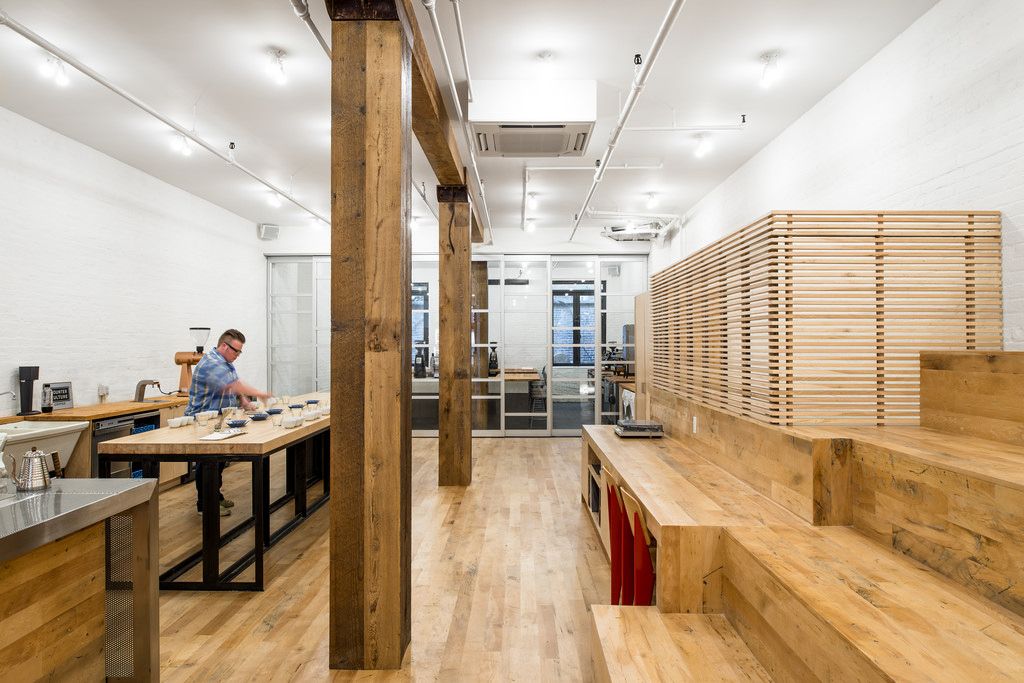 Erin McCarthy, a member of the New York team, setting up for a cupping in their local training center.

“It’s a hard thing to convey, because everyone visits farmers now,” says Kim Elena Ionescu, a coffee buyer for Counter Culture. “But we actually make progress. We work on not just making coffee together, but making our relationships better. We work on mutual goals.” Once Counter Culture establishes a relationship with a new grower, they ask the kind of questions that any company, regardless of industry, would do well to ask any partner: What do you think you’re capable of? What do you want to work on?

The answer to both could be developing a certain variety of coffee, or keeping an exceptional one separate to sell as a smaller lot. Or it might be a long-term experiment to plant beyond the Colombian coffee standards Caturra and Castillo, and instead try cultivating seeds that normally call Africa home. If the latter is the answer -- and it was, for the producers of their La Golondrina coffee -- Counter Culture will help the grower get those seeds, and they’ll agree to buy the coffee for a base price. Then they will wait 3 to 5 years for those new trees to bear fruit. According to Ionescu, the most important part of a successful relationship with a grower is that there be something to gain for both sides.

Counter Culture’s good will doesn’t only lean toward coffees they’ll eventually sell -- they’re a support beam for the entire structure of coffee growing. They give grants for projects that benefit the environment and strengthen community development; they back efforts to look into best soil practices; last year alone they gave $10,000 toward organic composting projects. 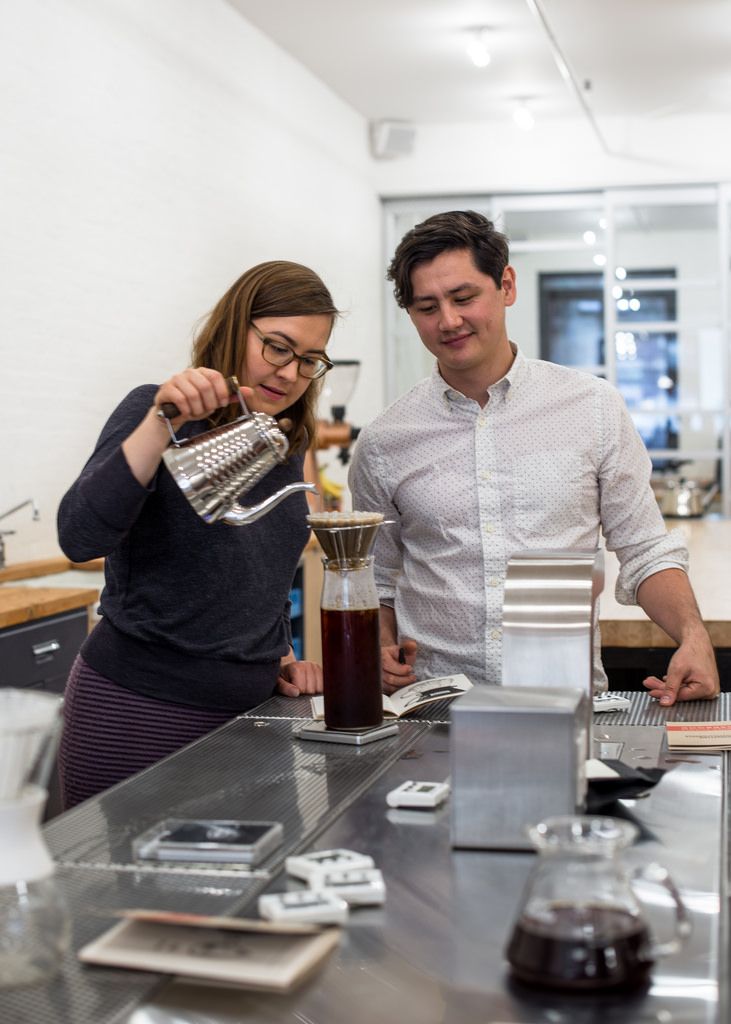 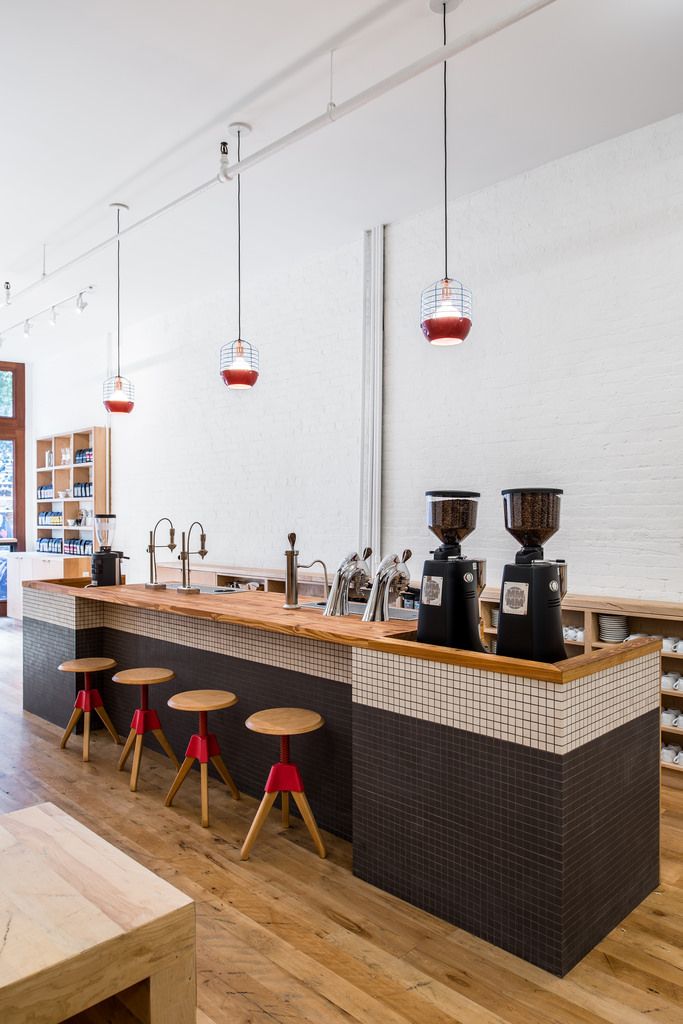 Katie Carguilo, who will be heading up Counter Culture’s new West Coast coffee quality laboratory (left); the inside of the New York training center (right)

“There’s an incredible openness here,” Ionescu said to me on a recent phone call. She was talking about what it’s like to work for Counter Culture, but that couldn’t better describe the entirety of what they do. They’re as welcoming to new initiatives as they are to new coffees; when they receive what they call “hail mary samples,” or samples of new coffees based only on a tip, they cup it like they would a coffee from a grower they’ve worked with for years. And anytime they cup, according to Nathan Brown, who heads up their marketing team, they’re not just looking for the best -- they’re looking for the ways in which each coffee they taste could be even better.

It’s an openness you feel, too, when you walk into one of their 8 -- but soon to be more -- training centers. Originally designed to offer free education to baristas who work with Counter Culture coffee, the training centers are filled with state-of-the-art grinders and contraptions you suspect are for brewing. In any other place, you might frantically will yourself to forget the lukewarm latte you drank down that morning, but not here: Nobody cares how you make your coffee right now, and it’s likely no one will ask. They only care how you make it tomorrow.

“There’s a genuine sense of always wanting to improve at Counter Culture,” says Brown. Everything they do is about moving forward, and they make brewing guides and videos and variety maps so, even if you're not a barista by trade, you can move forward too. The first time I ever cupped coffee, the team at the New York training center walked me through it, graciously straddling the fence between assuming I knew too much and assuming I knew nothing at all. No one wants to be condescended to while they’re learning about specialty coffee, and they understand this. 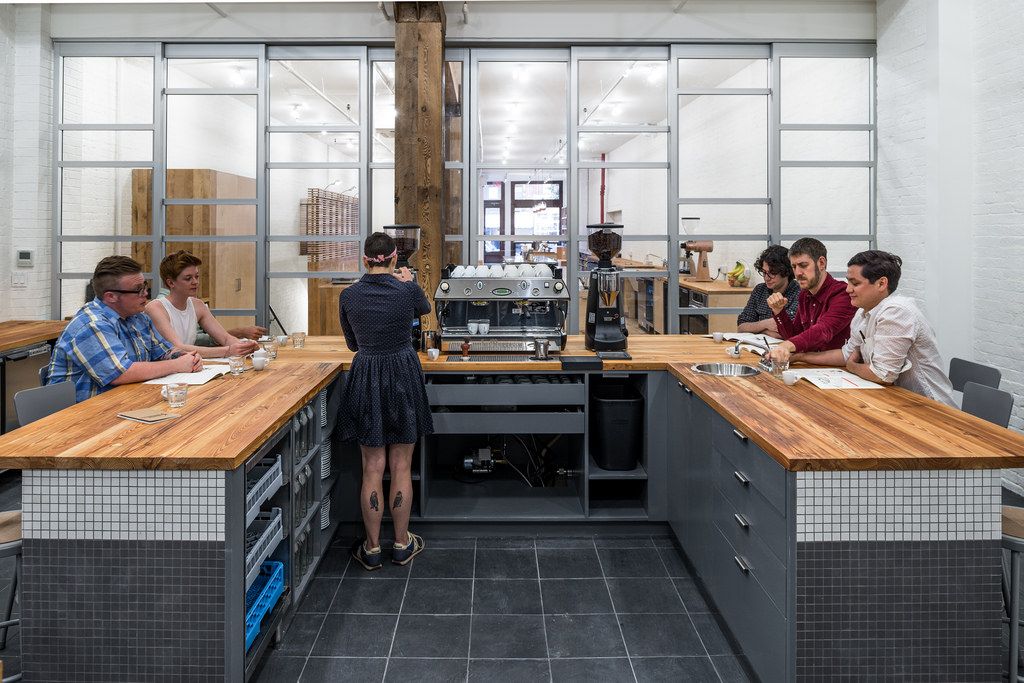 Founded almost 20 years ago, Counter Culture is an amalgam of a lot of people who care a lot about coffee, but who didn’t necessarily see themselves working in it early on. And that, in addition to the great coffee, and the great practices that transcend the word "sustainable" as written on everyone else's packaging, is part of what makes them work. There’s a guy on their staff who plays in a band called The Human Eyes; some started, in their own words, at “mediocre coffee shops as mediocre baristas”; “there’s only one person who studied marketing working here,” says Brown, “and he doesn’t do marketing for us." It is a fact which makes the thread, the passion for moving their industry forward, unusually strong.

Counter Culture will never make your 9 AM pourover -- retail is not a stop on their roadmap -- but by making good coffee approachable and relatable, they’ll show you how to do it. And they’ll give you the best coffee for the job.

Check out Counter Culture's coffees here, and learn more about why you should be drinking with the seasons here.

It's all about Coffee

Jacob October 23, 2014
So proud to live in Durham, know that they started here and I can drink their coffee every day. <3