As many sadly know, the brilliant architect Michael Graves passed away suddenly last week. We're paying homage to his legacy with some of his most iconic kitchen product designs -- and a few you might not have realized were his.

A member of starchitect group the New York Five in the 1970s, Michael Graves was an ardent believer in accessible, humanistic design. He was also famously controversial, as a pioneer of postmodernsim and the designer of groundbreaking structures like The Portland Building and the Denver Central Library. Graves was prolific, too: Over the course of a 50-year career, he designed over 350 buildings. 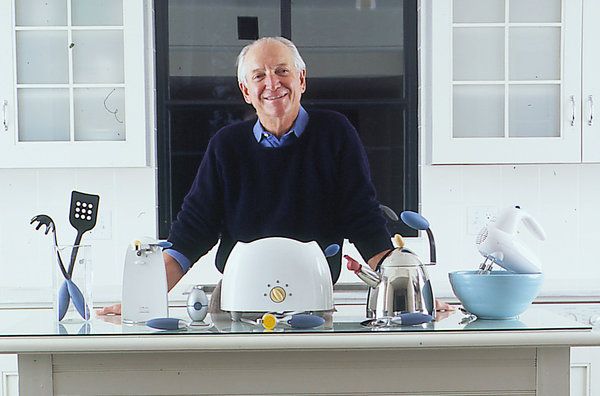 Michael Graves in 1999 with his Target Designs; image via NYTimes

Perhaps more staggering was Graves' dedication to creating playful, often mass-produced home décor: His portfolio included over 2,000 home good designs in addition to his many buildings. From toasters to tea kettles and garlic presses, they all bear the imprint of his whimsical style. Some -- like the singing-bird tea kettle -- are iconic, and all of them were made to delight. These are some of our favorites, both museum-worthy and everyday. 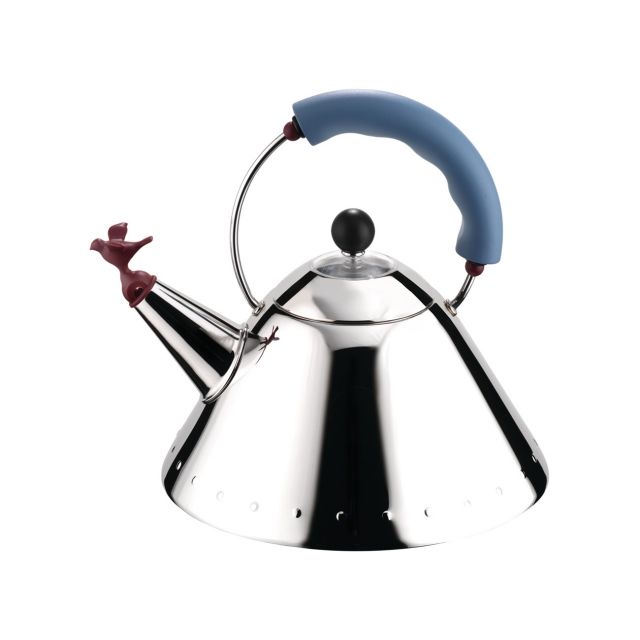 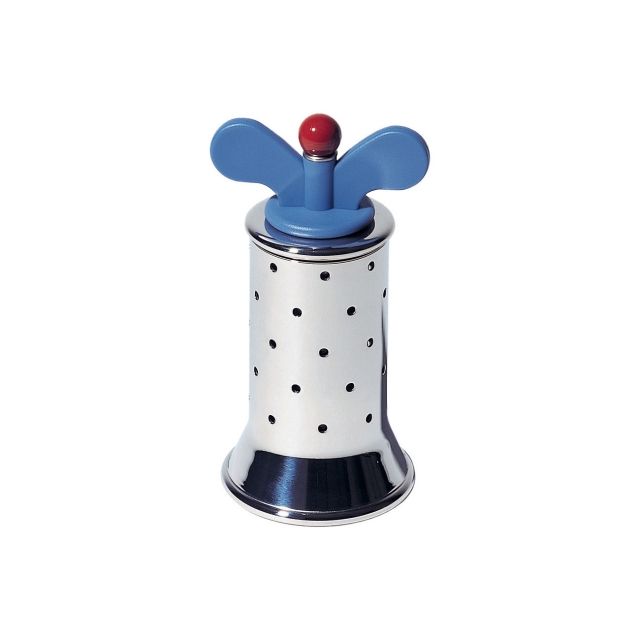 First introduced in 1985, Michael Graves' iconic whistling-bird teapot for the Italian brand Alessi merged great design with production on a mass scale, and it's still one of their best-sellers. Graves went on to design over 150 products for Alessi over decades of collaboration. This pepper mill, with oversized blue or white fins, is an example of how his cheery design often served better functionality. 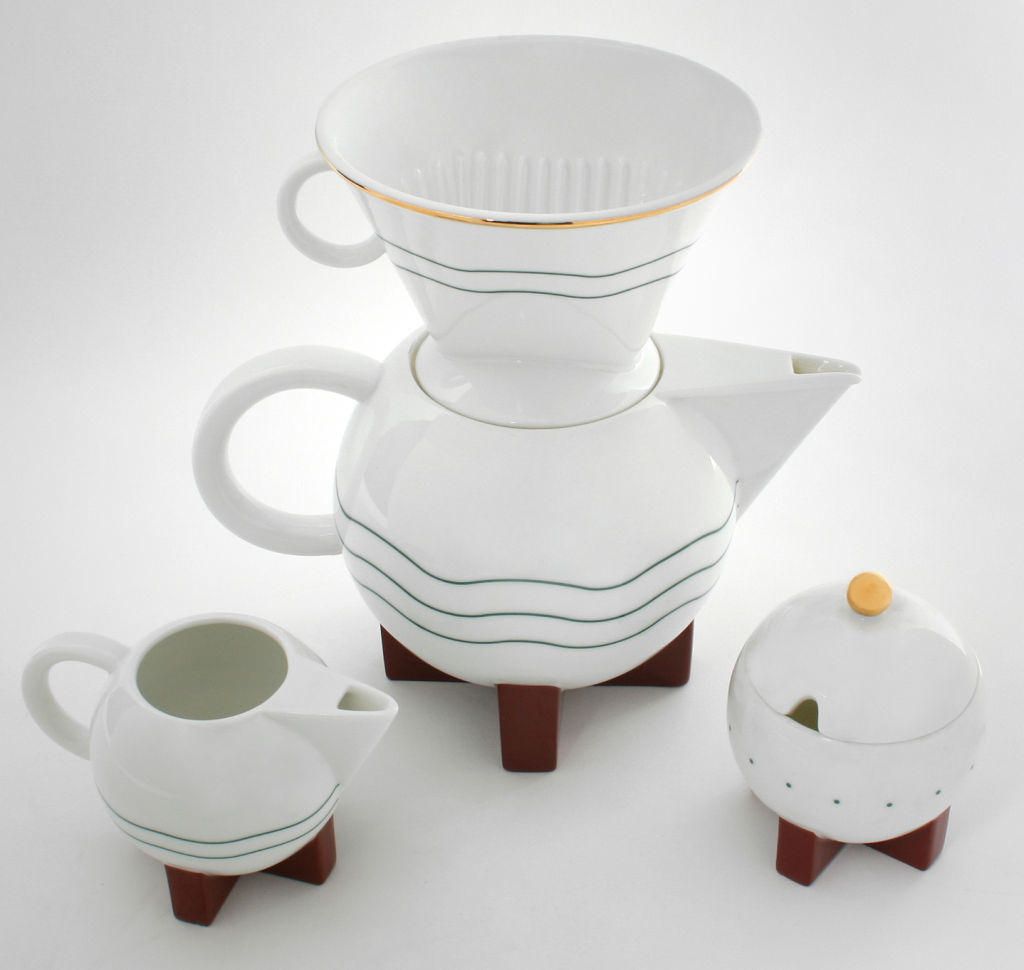 In 1987, Graves created a ceramic coffee set dubbed the "Big Dripper" for tableware company Swid Powell, which included a coffee/tea pot, creamer pot, sugar bowl, spoon, and filter in a stackable design made for everyday use. (We're still into the simple, graphic stripes and the gold rim that accented his design.) And his salad servers from their 1989 collaboration are hefty and silver-plated -- almost comical in their grand geometric scale (they're nearly a foot long) and cheeky allusion to Victorian floral textiles. 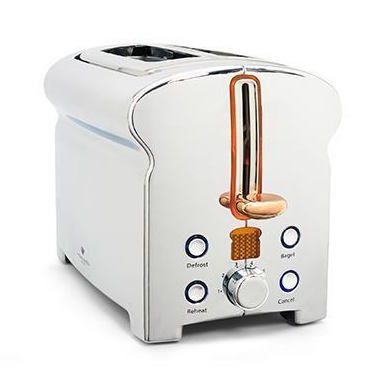 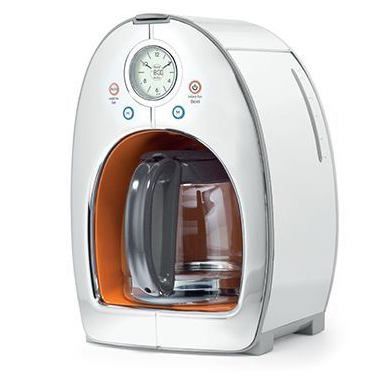 Michael Graves' kitchen designs for JCPenney incorporate whimsy into mid-century motifs to create products that make normal kitchen tasks, like making coffee or toast, a little more fun. This bread-shaped toaster launched in 2013 and, along with the rounded coffee maker that you can still buy at their stores, are prized for their polish and wit. 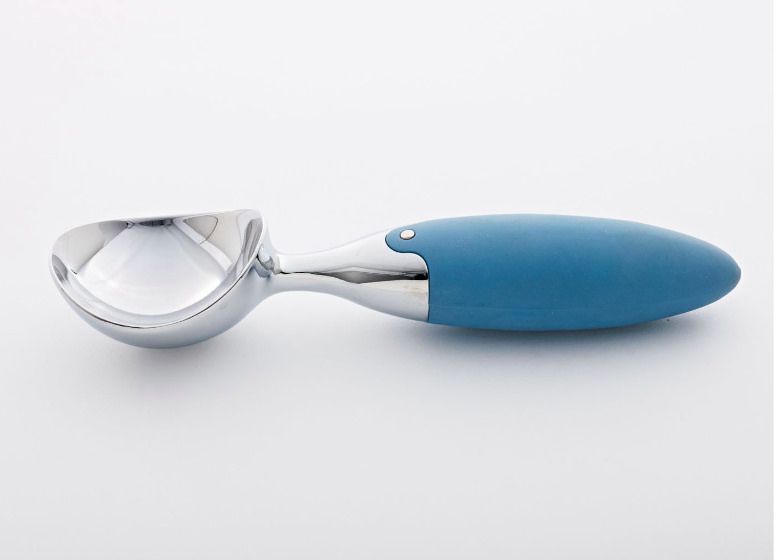 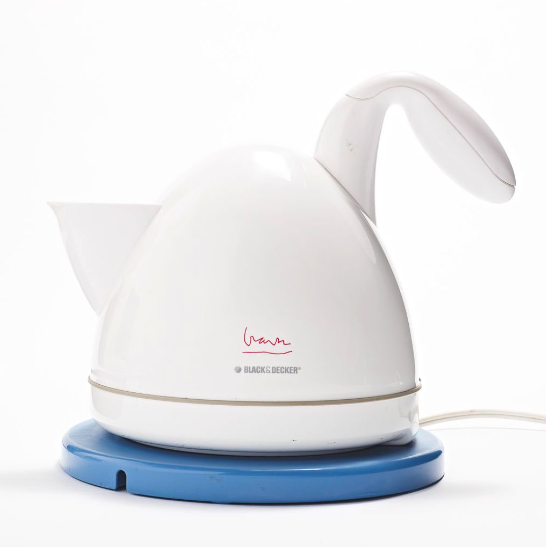 Michael Graves was especially famous for his work with Target in the late 1990s, which transformed the brand into a design destination (remember Tar-zhey?). Products in their first collaboration (c. 1999), including this comfort-grip ice cream scooper, rarely exceeed $100. The Michael Graves Design Collection at Target enjoyed a 15-year run with Graves desigining over 1000 products, from this 2002 electric kettle to steak knives. But the best-seller from their years of teamwork? His toilet brushes.

mungo March 18, 2015
I had a Michael Graves bucket from Target that was seriously the best bucket I'd ever had. When I moved overseas I didn't bring it, because who brings a bucket with them overseas? When I found it in a department store here (though weirdly without his name on it), I almost wept with joy.

GrandmaGG March 18, 2015
I read about the passing of Michael Graves today in the WSJ. His zest for life was evident in everything he touched.

Catherine March 17, 2015
I grew up with that tea kettle! And now it is proudly sitting on my own stovetop :)