If you like reading what Amanda feeds her kids, you'll love taking a look into what other people—both in the food world and the world at large—prepare for their own children (and occasionally their significant others and maybe even their pets). Prepare to be either resentful or appreciative of your own parents.

Today, see how Amelia Morris from Bon Appétempt satiates her hungry sixteen-month-old, whose nickname is "Bottomless." 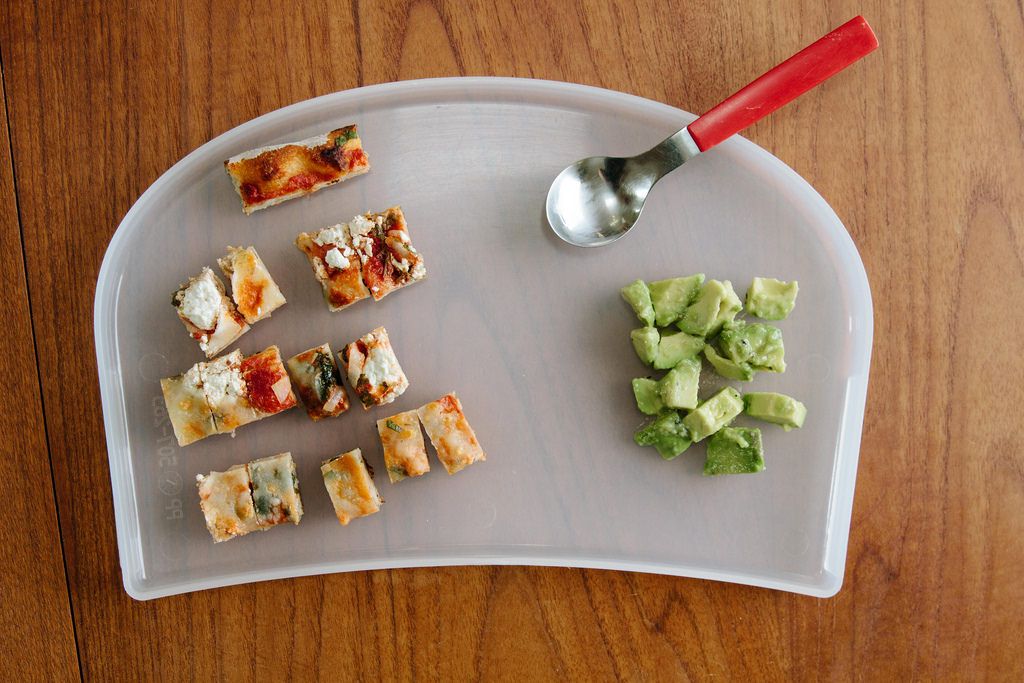 My meal strategy for my sixteen-month-old son, Teddy, usually involves feeding him whatever is leftover from last night’s dinner. He eats a lot. At daycare, his nickname is “Bottomless.” But he can be picky about what he eats a lot of. So, one of my favorite ways of introducing (and re-introducing) new-ish flavors is via pizza, which I make for dinner (using Trader Joe’s pre-made pizza dough) about once a week.

Today’s leftover pizza offering includes tomato sauce, slices of onion, minced garlic, chopped fresh parsley, homemade goat cheese that my aunt makes on her farm in Taos, New Mexico, and fresh mozzarella. He doesn’t like tomatoes—he’ll pick them out of anything I put them in—so it makes me happy that he’ll eat tomato sauce. Living in Southern California, most meals also come with a side of avocado tossed in lemon juice and salt and pepper, which he’s loved from day one.

Not pictured but also consumed: half a pint of blueberries (if he even so much as sees the blueberries before the savory component of his meal, it's over; he will just want blueberries). 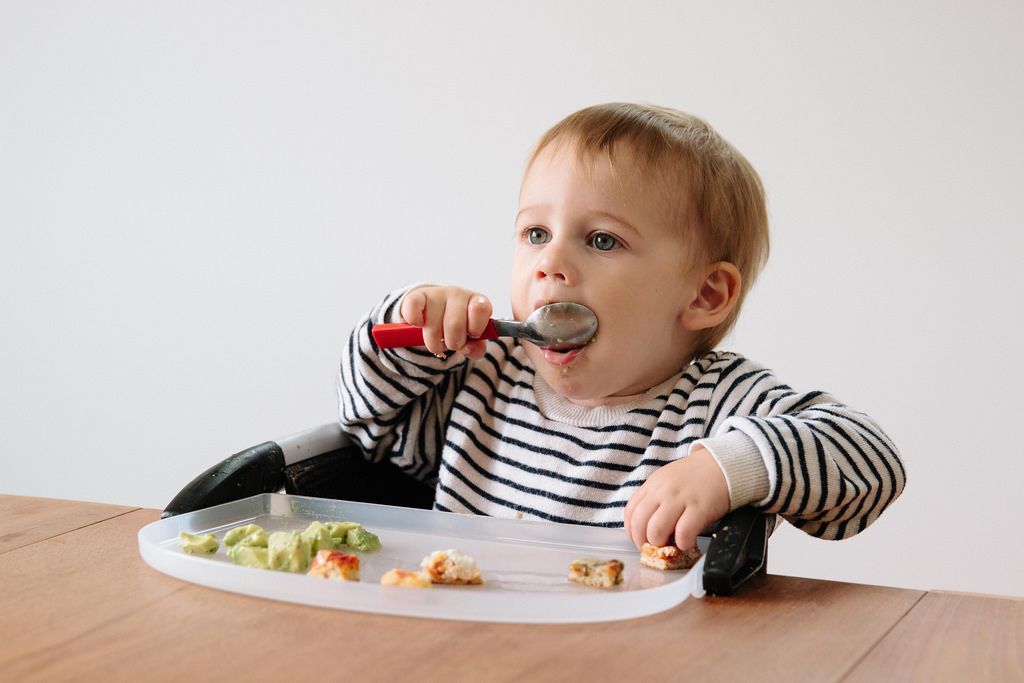 NYNCtg May 22, 2015
That just reminded me of my daughter. One day I kept giving her more blueberries to see when she would stop. She didn't. Avocados must be kept in stock at all times. When she finds something she likes she will devour it, like Goan-style dal from JohnL. But if she doesn't like it no way it is getting past the lips.