How to Tell When Your 5-Year-Old Likes His Lunch

If you like reading what Amanda feeds her kids, you'll love taking a look into what other people—both in the food world and the world at large—prepare for their own children (and occasionally their significant others and maybe even their pets). Prepare to be either resentful or appreciative of your own parents.

Today, Carla Lalli Music, Food Director at Bon Appétit, has a 5-year-old son who knows what food he likes—he's cultivating his tastes at a young age. 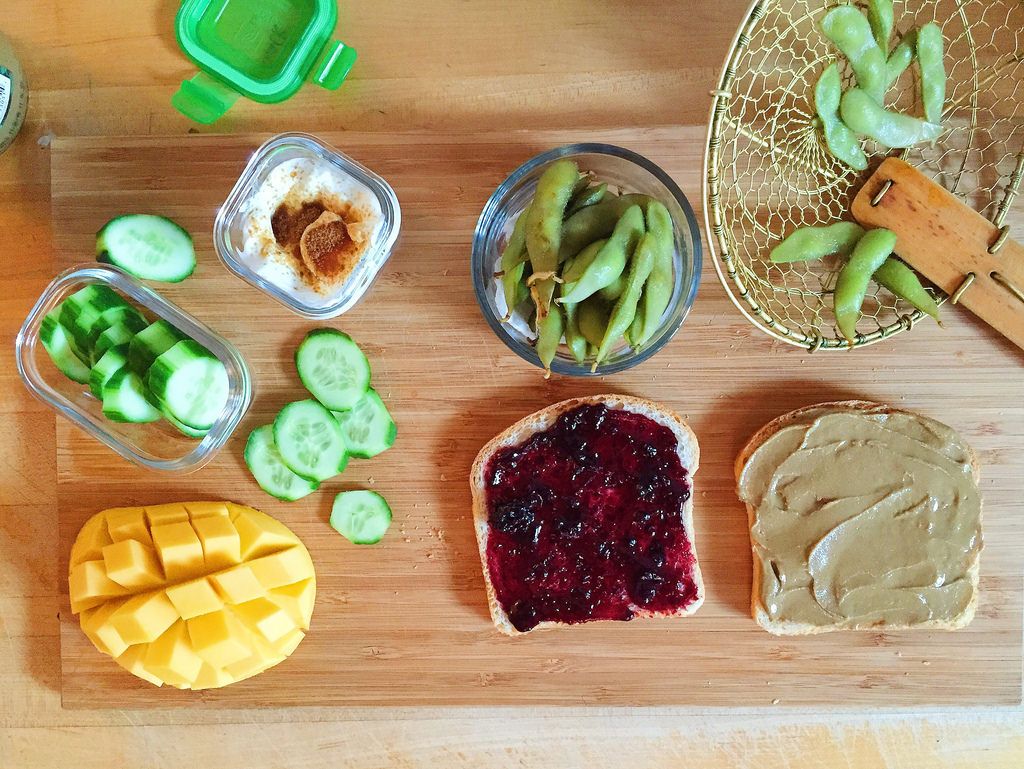 My 5-year-old son is what I've come to describe as a "choosy" eater. He loves aged salami and recently downed a half-dozen raw oysters, so I can't say he's picky—he just likes what he likes, especially bread, cheese, yogurt, and sweets. There's pretty much a sandwich in his lunchbox daily. And while cauliflower will make him gag and he wouldn't eat asparagus if you paid him in chocolate chips, he never gets tired of certain fruits and veggies. I've kind of given up on making him try new things all the time, and instead just try to cover the bases and give him things I know he likes.

A key part of my lunchbox strategy is to load him up on protein, which on this day came from a sunflower seed butter sandwich (he's allergic to nuts and sesame, so this is how we do PB&J) and Greek yogurt with some grated brown sugar on top (it was rock hard in the box!).

Then I filled in with fresh stuff. I think we probably go through a five-pack of Persian cucumbers every other day, for real. If I put a little salt and lemon juice or rice vinegar on them, he'll eat a ton. The mango hedgehog is another staple (vitamin A! Vitamin C! Potassium!), and I love that those Ataulfo mangoes are easier to find now—they're so creamy and fewer fibers get stuck in your teeth. I also took the extra five minutes to boil some organic edamame—he loves popping them out of the pod. The lunchbox came back empty: Success.