I Came for the Boys, But I Stayed for the Cookies

Hannah Messinger succumbs to nostalgia and shares stories—and the recipes that go with them—about the bumps and bruises of growing up.

Today: Hannah doesn't find true love, but she does find a darn good cookie recipe (and is that not better?). 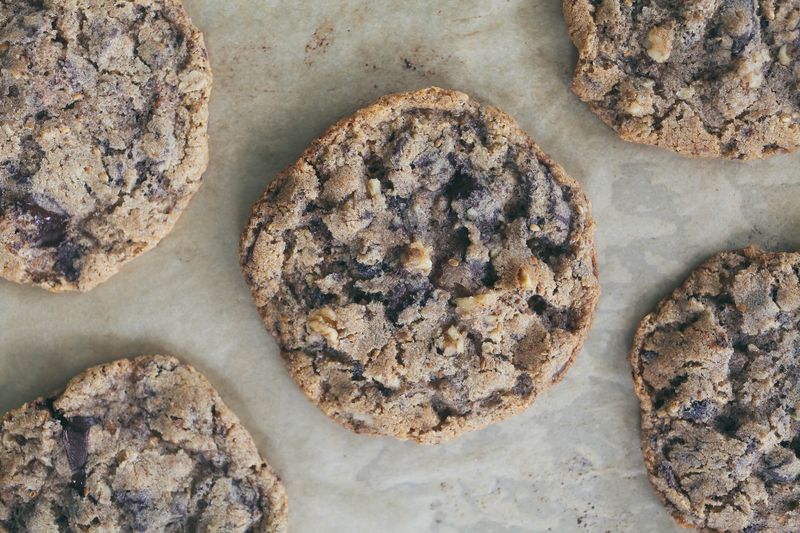 This spring, Saturday Night Live did a sketch with Reese Witherspoon during which she and all the other cast members brought their real moms on stage to apologize for things they had done as minors. My husband and I got a big kick out of it and went to work straight away writing our own apologies.

Mine read:   “Mom, I'm sorry I had an unhealthy obsession with the bug box Papa built me to catch crickets for fishing; that I crawled behind the bushes through the mud in Laura Ashley dresses to fill it with specimens from ladybugs to the occasional praying mantis; that I wrote a fictional back story of every insect ever to die under my supervision and that once, I read the entire anthology of characters to you and Yaya, aloud, on the five hour trip to Hilton Head Island; and that when we arrived, I brought it into a fancy restaurant and placed it on the table while we ate dinner; I introduced the bugs to the waiter. I'm sorry I slept with it in my bed instead of a teddy bear. I'm sorry, Mom, that I came into this world flying my freak flag at full mast.”

Obviously I'm not sorry about any of those things, but it's fun to laugh at my tiny self, so unaware of how peculiar she was. The underlying reality of this apology is that I was, and I often still am, an outsider in the Deep South: looking in, observing, and documenting the wonderful and bizarre region where I was born. 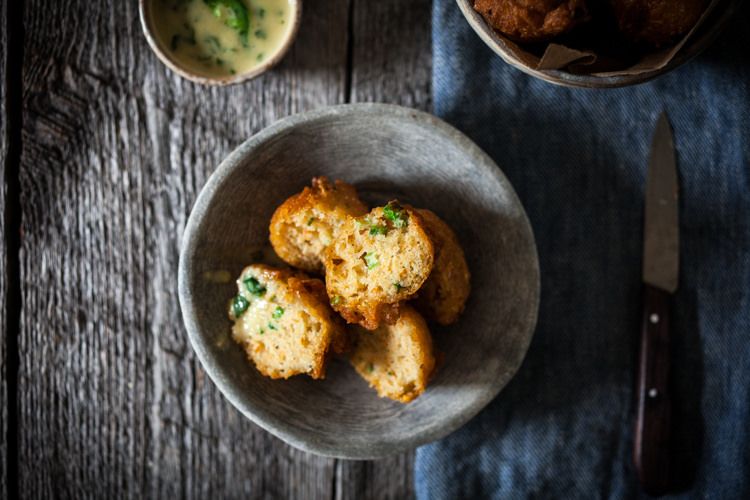 
My family has owned a restaurant in Chattanooga, at the foot of the wild Appalachian mountains, on the periphery of the Bible Belt, since 1955. I ate squash casserole instead of baby food. I went to church three times a week. I was presented to society when I was eighteen to mark my passage into womanhood (though it should be noted here that I was, as far as I know, the first Chattanoogan to walk the debutante promenade with her nose pierced!). My mom still repeats the sayings of her grandmother like, "Lord willin' and the creek don't rise” and "You catch more flies with honey than with vinegar."

A couple years back I started researching these colloquialisms and came across one that was new to me and instantly became my favorite: "A cat can have kittens in the oven, but that don't make them biscuits." It is, in my opinion, the very best way of telling someone (or yourself) to step back from a situation and see things for what they really are. I think it is safe to say I entered the South a lone kitten in the oven, camouflaged by a skillet-full of biscuits and that it took me a good long while to see my own reflection in the oven door.

These are the stories of where I've been and what I've eaten on the strange, exhausting path to seeing myself. Some of them are funny, some of them are sweet; many of them are things that, at one time, caused me a great deal of guilt. Liking boys more than church—or as we say in Tennessee, "idolatry"—was one of my earliest sources of guilt. 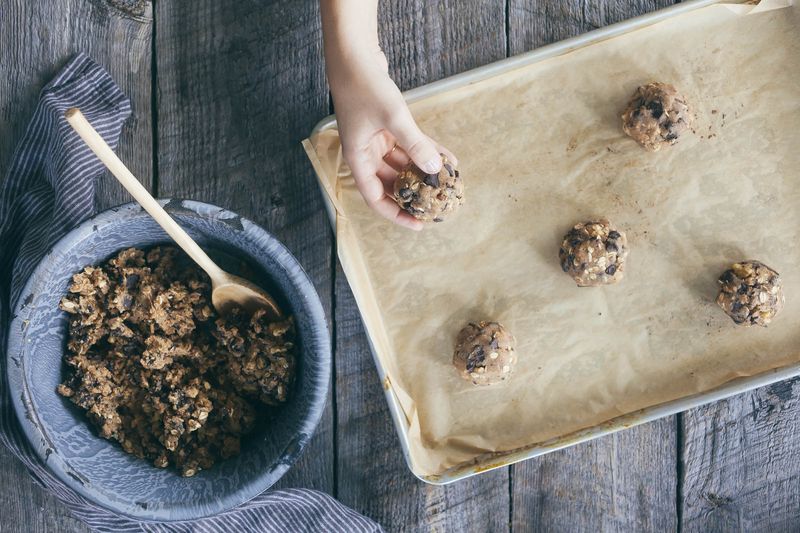 The year I turned sixteen, I had the choice of where to go to church. Tired of the shaming I had endured at my previous church for the crime of sprouting boobs when I was eleven, I was ready for a change of scenery.

My dad had helped me buy the brightest sky-blue, one-of-a-kind, old Jeep Cherokee Sport and my mom had given me faux-fur zebra seat covers for my birthday, two super genius parenting moves that made it basically impossible for me to be anywhere I was not supposed to be. People from every church all over town ate at my parents' restaurant and would report to them regularly regarding my whereabouts. I had not yet mastered the "alibi move," where I showed up for Sunday school and then skipped church to meet up with my boyfriend, mostly because I didn't have a (straight) boyfriend to meet up with. And though I never would have admitted it at the time, I set out on the road looking for the church with the cutest boys.

The church I settled on actually had a lot more going for it than the boys. It was in an old woodshop with massive doors that could slide open on warm spring days to reveal rolling blue mountains; the congregation walked to the service, rode horses, brought dogs, and neglected shoes; the music was decidedly bluegrass; the bulletins were hand-lettered; the members ate lunch together every first Sunday of the month. 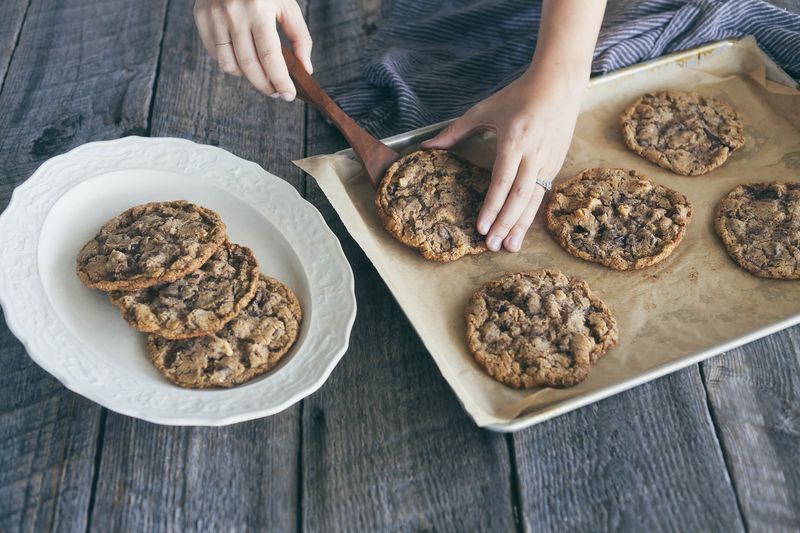 But there was one boy I liked in particular and, like a total creep, I would try to separate him from his family during the sermon so that when the preacher gave the final blessing, I could hold his hand. He'd try to keep his sweet little fingers glued together like the knees of a good Southern belle sitting in a dress, but I'd routinely force them open to intertwine my fingers into his as he wriggled and resisted. After a steady six months of rejection, I gave up.

I was surprised at myself that I didn't seek out a new church and a new boy. The truth is that I had come for the boys, but I stayed for the cookies. That year, my Sunday school teacher was a woman named Liza, who was brave enough to invite strange teenagers into her home every Sunday morning and when we arrived—she had the most impeccable timing—she was always pulling cookies out of the oven. Breakfast cookies.

Named for wholesome and earthy ingredients like rolled oats and flax seeds, they were nonetheless huge, gooey, and full of chocolate. Of all the Christian points that were lost on me during my years at church, this one was not: Liza made breakfast cookies each and every Sunday, a gesture of unwavering love and devotion to people she barely knew, people who tracked dirt and bad smells into her clean home, people who didn't listen to her lessons, and one little asshole who sometimes came to Sunday school just to stare at her handsome husband. 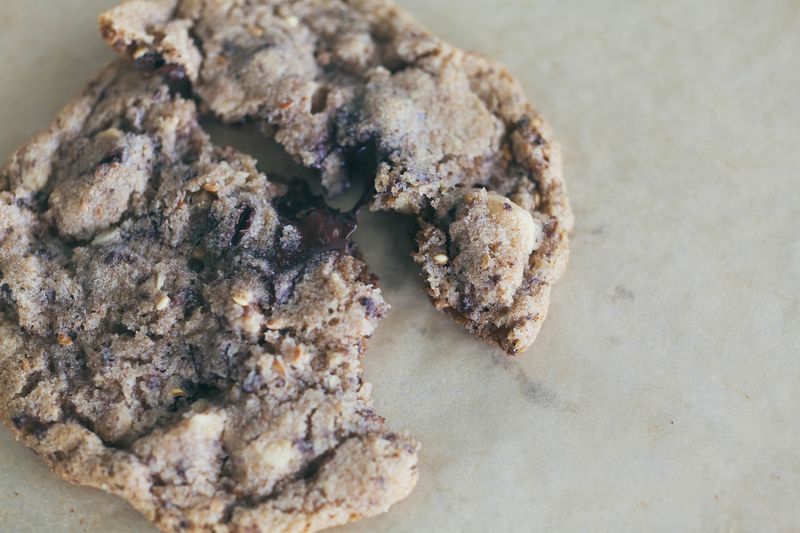 Ana S. November 9, 2015
lovely story and so beautifully written, you made me fall in love with the cookies <3

mary November 6, 2015
Haven't tried the cookies yet but loved getting lost in your story!

Cynthia C. October 16, 2015
I loved this so much, both the story and the cookies. Thank you for sharing, Hannah.

Laurie S. August 23, 2015
Thank you for warming our hearts as well as our tummies!

Jess @. August 23, 2015
Being a southern girl (North Carolina!) myself I appreciate this article so much. And as some of the commenters said, while your cookie recipe may be delicious (I'm sure it is!) your story is delightful. I'd love to read more articles like this. Sharing stories is one the main reasons I fell in love with blogging, and an article like this takes me back to that. THANK YOU for sharing your life, your humor and you cookies. I can't wait to read more articles just like this one!

ps. "A cat can have kittens in the oven but that don't make the biscuits" may be the best southern saying I've ever heard too! I'm putting that one in the vault!

Betsy H. August 23, 2015
Looks like a terrific recipe, but the real goodness here is the story! Your words made me throw back my head, laughing!

Erin August 23, 2015
I've never read an article that so viscerally brought my back to my childhood. Going to church because it was the expectation and finding interest in the cute boys, if nothing else. Growing up an odd duck in the south is a special thing...will have to bake these cookies if on principal if nothing else. Doesn't hurt that I love cookies.

que August 21, 2015
Enjoyed reading your first column here. Look forward to your next. Thanks for the recipe.

Georgia S. August 21, 2015
I am so disappointed to find that you did not become an entomologist.
Author Comment

HMMessinger August 21, 2015
Hahaha! Sometimes I'm disappointed over that, too.