17 Reasons to Go to Grand Rapids

The Midwest is calling: You're guaranteed to have a grand old time in Grand Rapids. 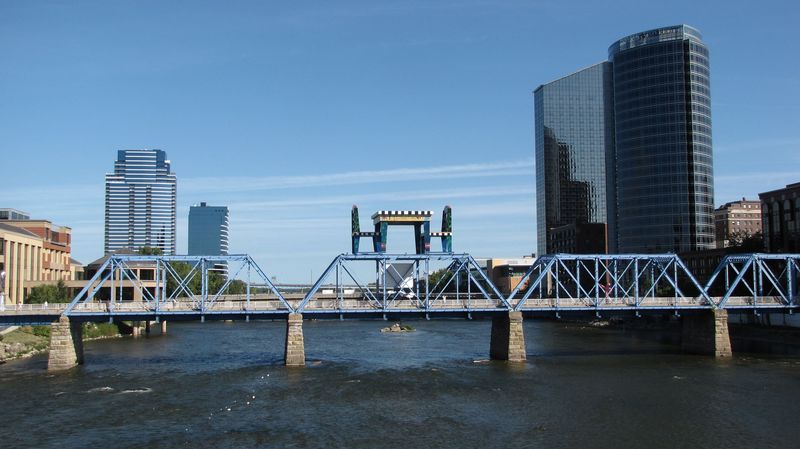 Downtown Grand Rapids with a sculpture of giant table and chairs entitled "The Furniture City Sets the Table for the World of Art" from ArtPrize 2009, photo courtesy of John Eisenschenk via Flickr

A few years ago I convinced a friend that it would be beneficial (it was not) to travel from Ann Arbor to the west side of Michigan for an expo related to our work. But one of the highlights of the trip came when we were just beginning to approach Grand Rapids: She exclaimed, “WOW! It’s like a real city!” I gave her a lot of grief at the time (okay, I still do) for that comment—after all, she's lived in Michigan since she was 7 years old.

In fairness to her, Grand Rapids is one of those cities—even though it’s the second-largest city in Michigan, it’s still a sleeper hit. It’s always been a great (grand?) city, but it has been consistently getting cooler and cooler over the past couple of decades, and now it’s an all-around awesome place to visit. Luckily, now you’re all in the know: It’s time to visit Grand Rapids. Here are 17 of my favorite spots to visit (and I can’t wait to hear what yours are!): 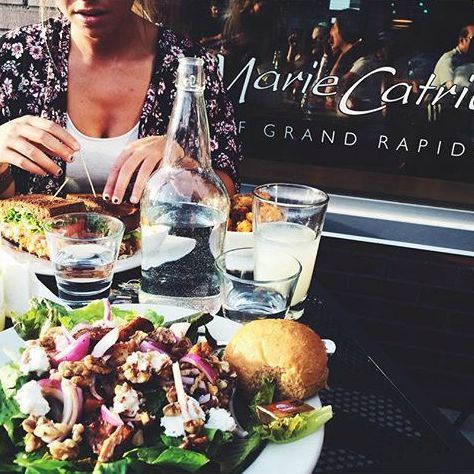 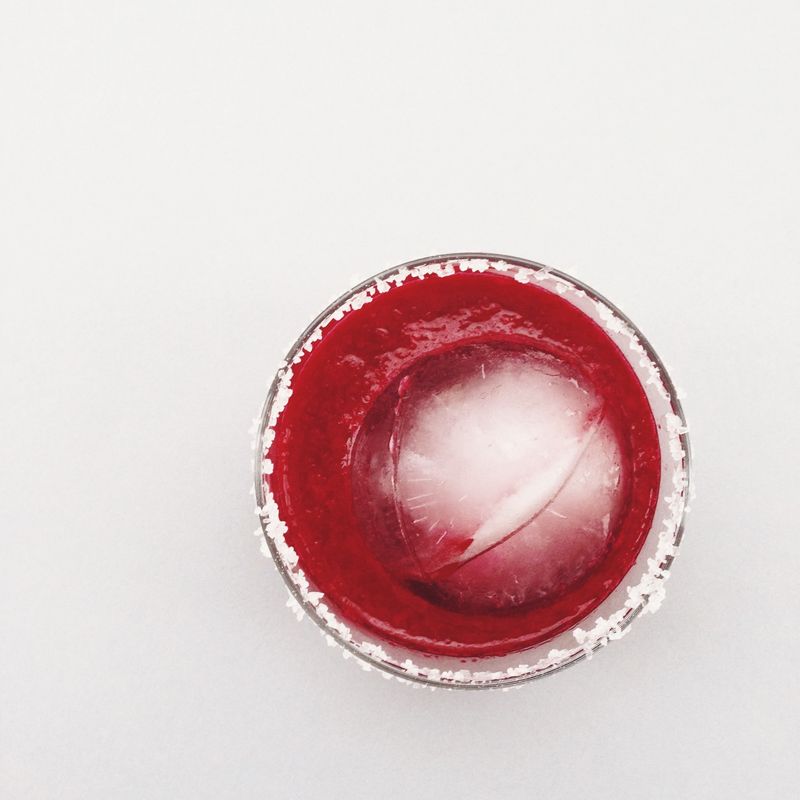 Left, a meal at Marie Catrib's, photo courtesy of @mullikenmichelle via Instagram; Right, my take on Terra's Beet Margarita


EAT
Did you know that in the U.S., Michigan is second only to California in terms of agricultural diversity? AND, that West Michigan produces over three-quarters of all crops harvested in the state? Needless to say, farm-to-table restaurants abound in Grand Rapids. 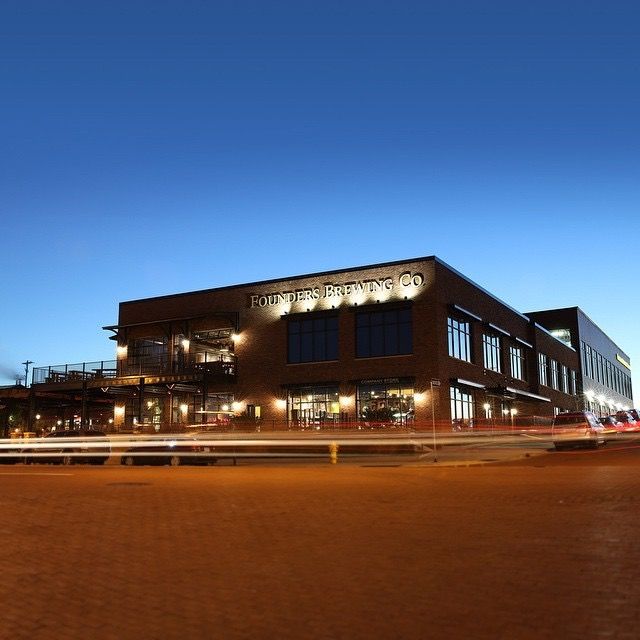 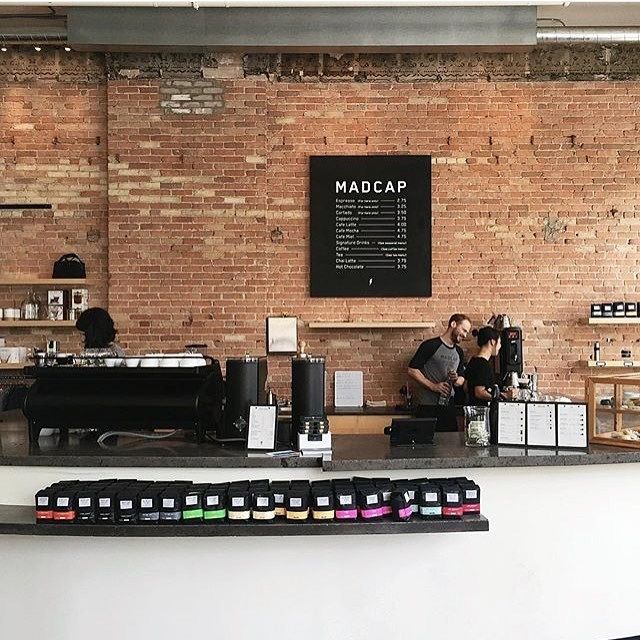 
DRINK
Back in 1945, Grand Rapids was known for being the first U.S. city to add fluoride to its drinking water; these days it's better known for beer. There are more breweries in the area than you'll be able to visit in one trip—which just means you'll need to plan another trip! 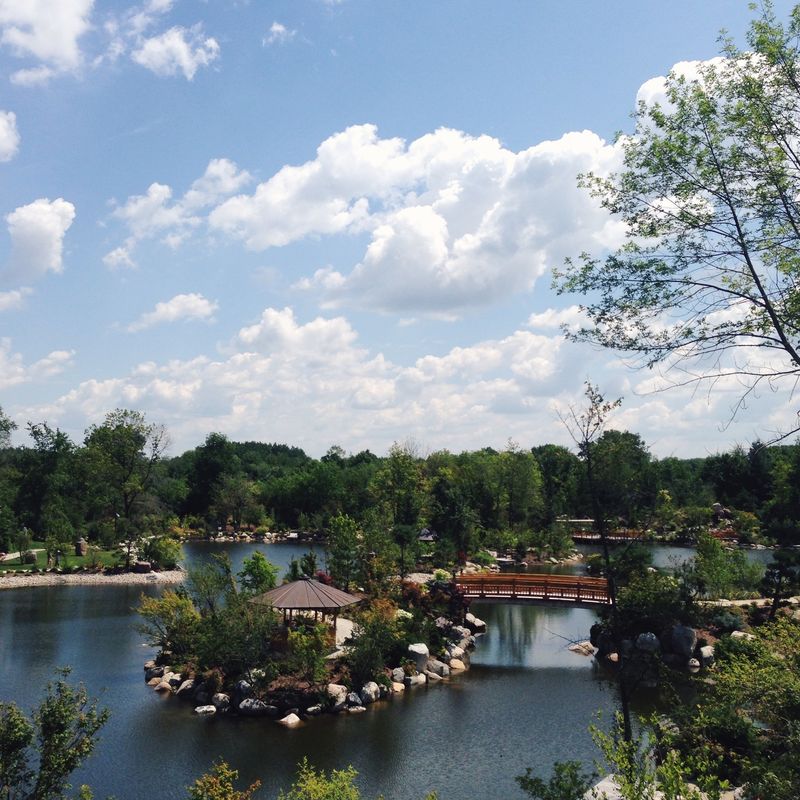 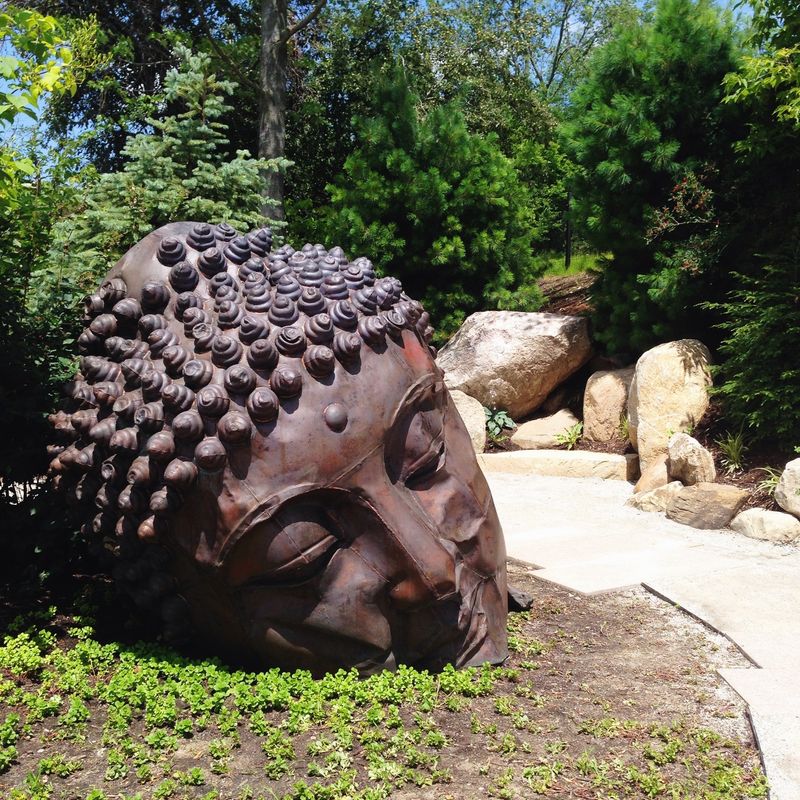 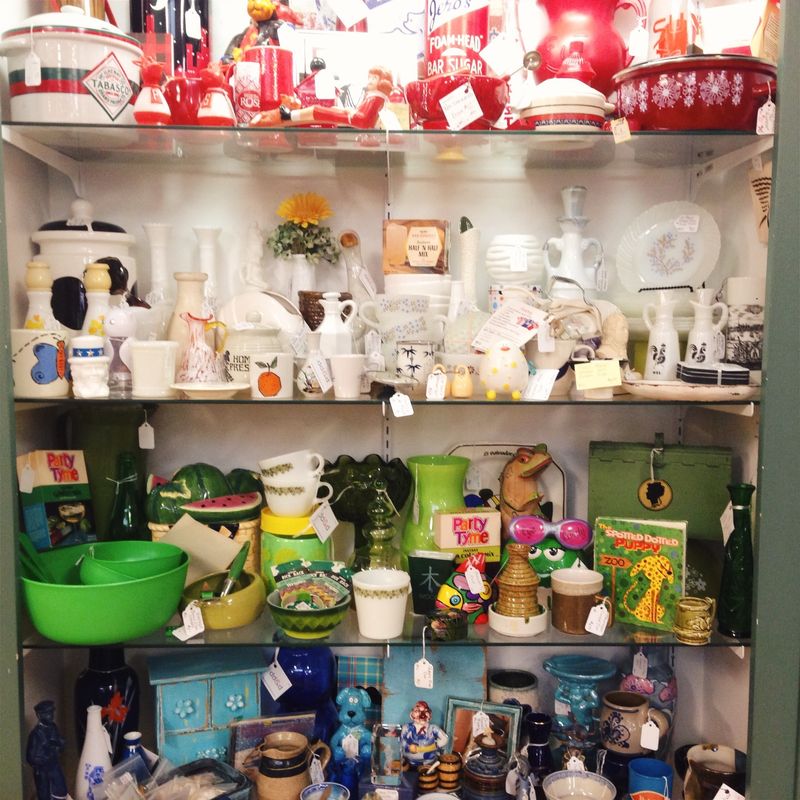 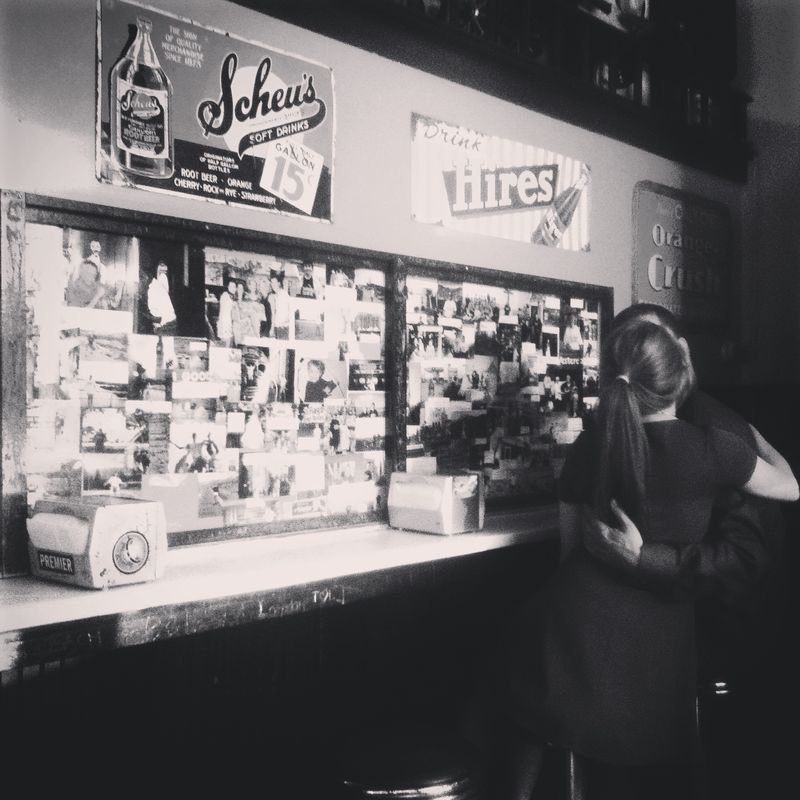 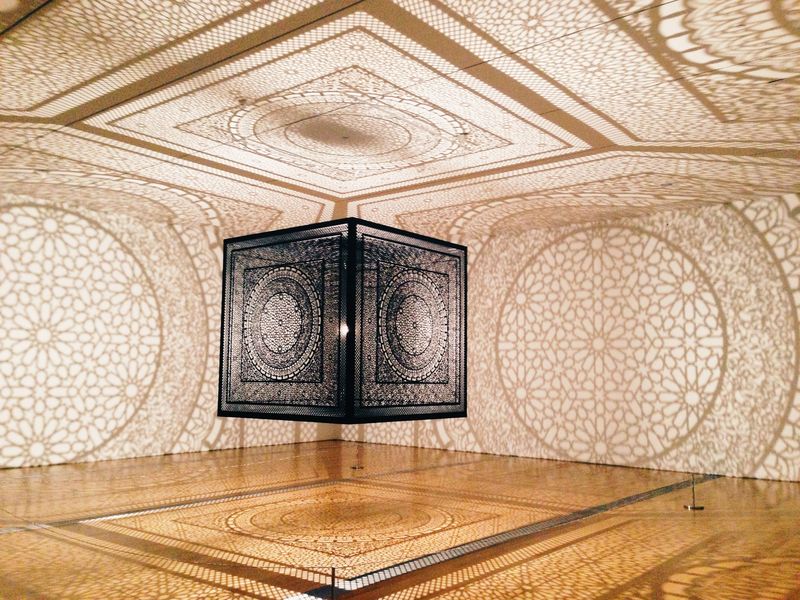 
Where do you love to go in Grand Rapids? Leave your suggestions for us in the comments!

Chelsie D. May 20, 2017
I'm from Detroit & have never been to Grand Rapids. I'll be visiting Memorial Day weekend for the first time! Thanks for the tips, I will definitely be checking some of these restaurants out while I'm there.
Author Comment

Lindsay-Jean H. May 22, 2017
Oh have fun! I would also add Luna and New Holland now, but you've probably already got more ideas than will fit in a weekend.

Blake H. October 12, 2015
I live in Hudsonville, about 15 miles West of Grand Rapids. It is known as "The Salad Bowl City of Michigan", as people farm in the old Grand River riverbed for its rich soil. I absolutely love West Michigan - from Grand Haven to Grand Rapids, I would easily say it is the best region in the United States. I plan to study meteorology and become a broadcast meteorologist right back here in GR!

Kari S. October 12, 2015
Love Eastown! My son and fiancée live there. We love walking to Harmony Pizza and Sparrows for coffee. Can't forget Uncle Cheetah's and The Winchester for Sunday brunch. Nantucket Baking Company is amazing!!

jcfm83 August 31, 2015
Please don't talk about Fricano's. It's the best pizza anywhere, and the lines are long enough.

Carol August 31, 2015
My family loves Grand Rapids. We visit every year for ArtPrize and enjoy visits from the Detroit area at other times too. I agree about the museums and the food and drink!

Javi August 24, 2015
Love Lantern Coffee in GR! I'll be there for ArtPrize this year!! So excited to visit such a fun city.

Mikey August 24, 2015
We were just there last week. The Palace of India on Fulton was some of the finest Indian food I have ever eaten. The Frederik Meijer Garden has one of the best outdoor sculpture gardens I have ever come across, the Japanese Garden is still very new and has not grown into its future potential. The Art Museum was fantastic. A little city growing in the Midwest is a sure place to stop and enjoy.

Terry A. August 22, 2015
I LOVE Grand Rapids! My hometown, although I left 8 years ago to move to southern California for work. So many cool places to eat and visit. What do I miss the most? The Frederik Meijer Gardens Summer Concert series, the GRCC Cooks workshops - part of the Secchia Institute for Culinary Education, eating at The Heritage Restaurant - staffed by culinary school students, shopping at Meijer and Art Prize. And my family, of course!

Jenny V. August 22, 2015
I frequently stop by The Salted Cupcake on 32nd near Breton....SO.GOOD. Follow them on Facebook and/or Instagram to see what their daily flavors are and get ready to drool.

Ella L. August 21, 2015
I always make sure to stop at The Pita House/Sami's Gyro. Best sandwich EVER and right across the street from Yesterdog for the perfect one-two punch (if your stomach is big enough).

Jenny V. August 22, 2015
OMG I live right by the 28th Street location of Sami's, unfortunately for my wallet and waistline lol

Michelle August 20, 2015
The best food is hands down Little Africa on Fulton. When I go back to GR, I stop by 2-3 times for vegan Ethiopian food. Also check out the awesome nearby antiques like East Fulton Antiques.

chez_mere August 20, 2015
Thanks for the GR love! I'm a native and am always bragging up how hip the city is becoming - it's nice to see someone else shares my opinions :) I love all the spots you highlighted, and will add one of my own: The Winchester. Get the roasted pig head - 'nuff said