How to Make Italian Soda Every Which Way, Without a Recipe

The combination of syrup, ice, seltzer, and cream can be stirred endless ways; all you need are some simple ratios, glasses, and your imagination. 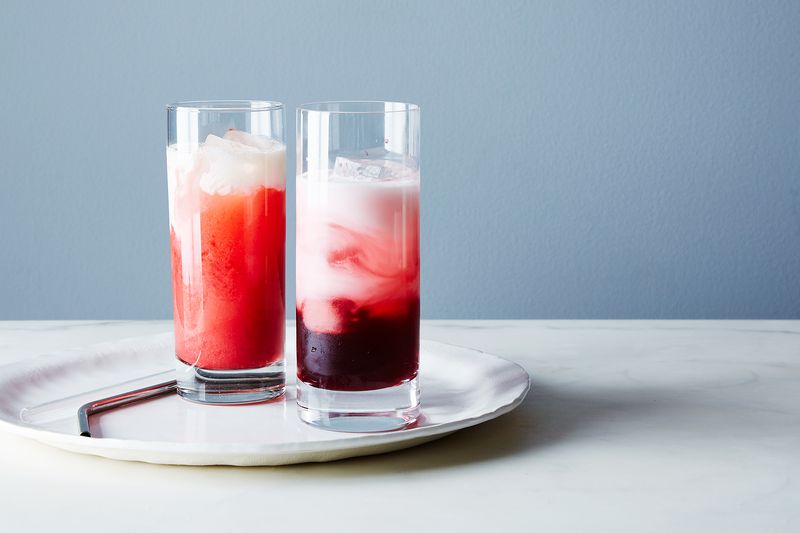 A few weeks back, my son asked for a glass of juice. This four year old really wanted some juice. I only had a lemon, so I thought I’d make a quick lemonade by squeezing the lemon in the bottom of the glass and adding 2 tablespoons of honey—but just as I was about to add the water I thought, “WAIT, let me cover with ice, pour seltzer on top, and float heavy cream!” And there we had an Italian soda that was dreamier than lemonade (or juice), with not much more effort.

Italian soda was invented in 1925 in the North Beach neighborhood of San Francisco by Italian-American immigrants.  Originally, they didn’t finish with cream—just sweet syrup, ice, and seltzer.  However, the ones I grew up on always had cream in them (which are technically called Cremosas or French Sodas). To make an Italian soda, combine syrup, ice, and seltzer in a 1:1:1 ratio, and if you’re adding cream, that goes in in equal proportions, too. For adults, maybe add a shot of booze just before swirling cream and you have yourself a really, really good Italian soda. 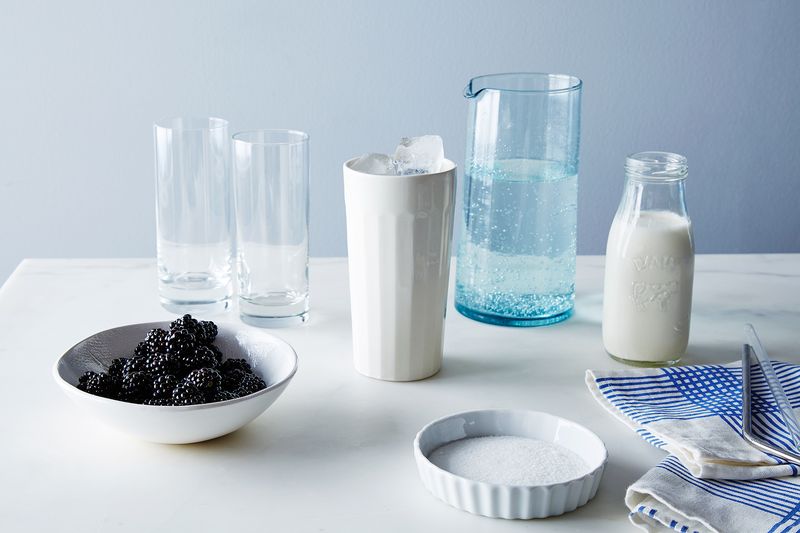 The easy process tempted you, didn’t it? Let’s make Italian soda—without a recipe:

Make or procure your syrup.
The syrup can be any number of things:

More: Another way to drink your ice pops. 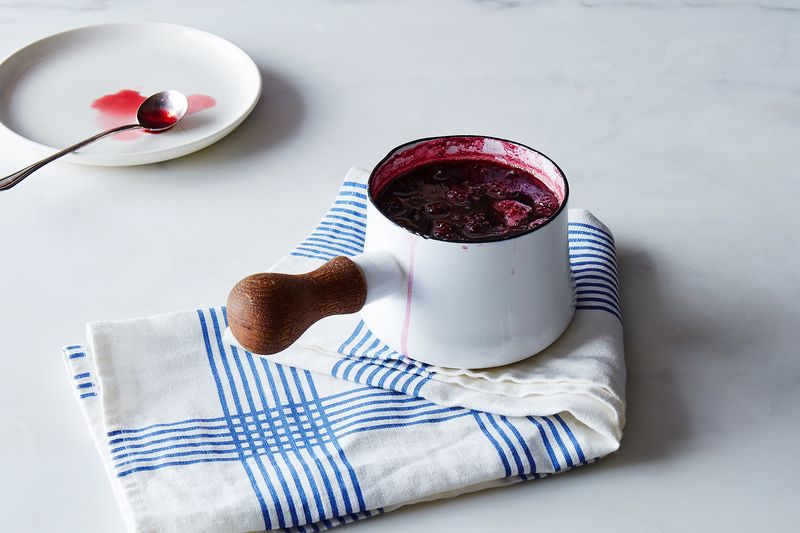 Add ice and syrup to a glass.
Any tall, clear glass would work, really, but you want it to be clear so you can see the cream swirling. And you might not think ice is significant, but the ice structure actually affects the swirling and acts as a buffer between the seltzer and the syrup. You can use any ice—cubed, crushed, flaked—but don’t skip it! Fill the glass halfway or three-quarters with ice. Then, fill the glass one-half to one-third with syrup. 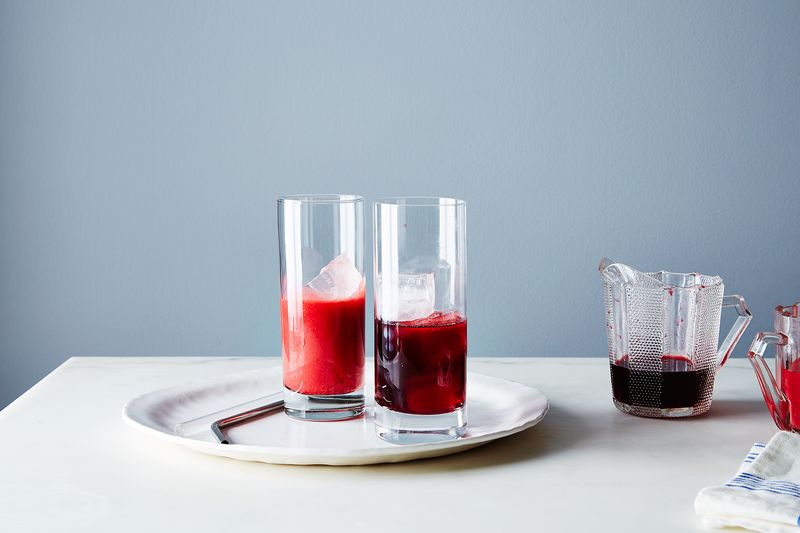 Now, the seltzer.
Think clear and fizzy—seltzer, club soda, soda. Heck, even Champagne isn’t out of the question. Slowly pour your clear fuzzy of choice over the ice, leaving enough room at the top for that splash of cream. 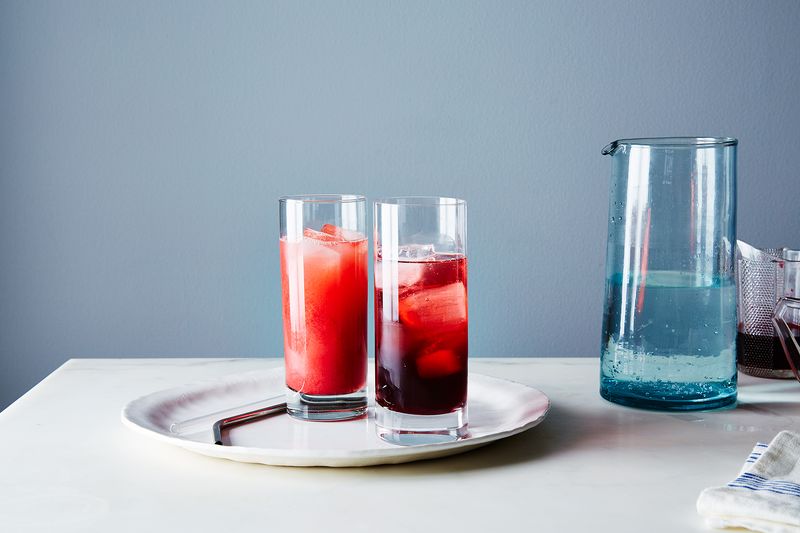 Swirl in cream.
If you’re a purist, skip the cream, but I’d really suggesting adding cream. Slowly pour the heavy cream into the glass until you see the swirls start to happen. Now drink! 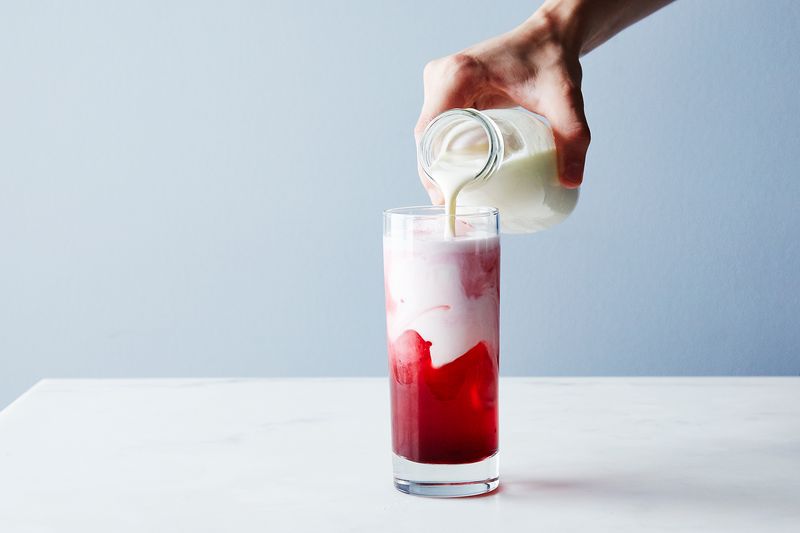 Kaite February 23, 2016
I had almost completely forgotten about these! I used to love getting them as an after school treat. I'm going to have to run out and gather ingredients tonight! :)