A bridge that is also a tunnel, a cozy retreat for writing your next novel, and the coolest slanted roof. 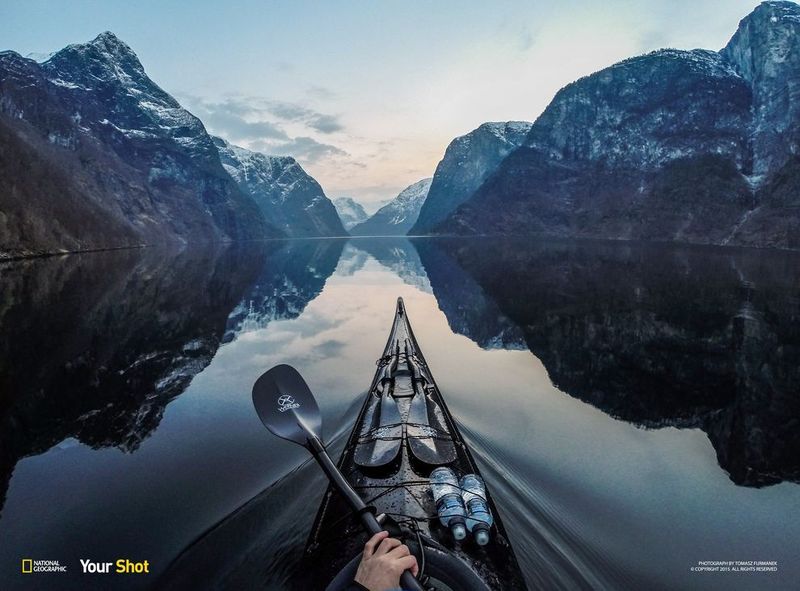 For the first time ever, the editors of National Geographic Magazine will be selecting a reader-submitted photo to grace the cover. Submit your best views and adventure shots to YourShot to be entered; the contest ends in 11 days! (MNN) 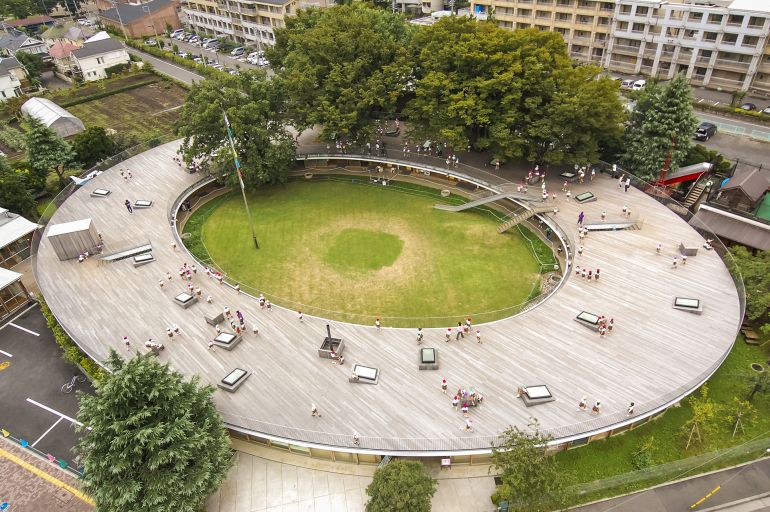 This oval-shaped kindergarten in Tokyo, complete with an infinity playground and trees trunks that sprout through the classrooms, was built by thinking like a kid. Let them take a slide to class, use any object like a toy, and run forever at recess and they'll be willing to learn. (TED) 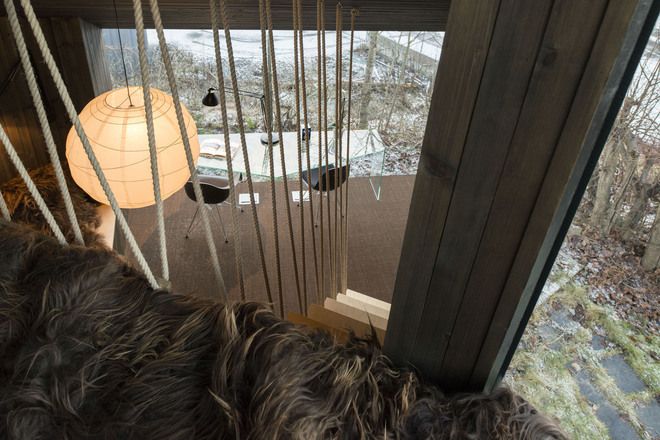 The idea of a writer's cabin is even more enticing to us than a tiny house: somewhere nookish and clean to escape from the world, all cozied up with a pencil, a notebook, and nowhere else to be. At just over 100 square feet, this Norwegian one currently has our heart. (Curbed) 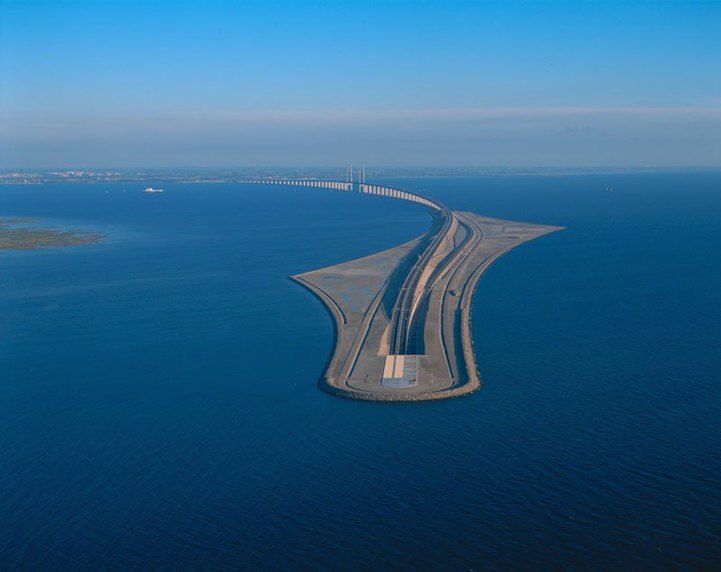 This man-made connector—part five-mile cable bridge and part two-mile tunnel—transitions from above-ground to subterranean halfway across the waterway between Copenhagen, Denmark and Malmö, Sweden. It's called Peberholm, is a breeding ground for a rare local green toad, and now at the top of our dream drive bucket list. (My Modern Met) 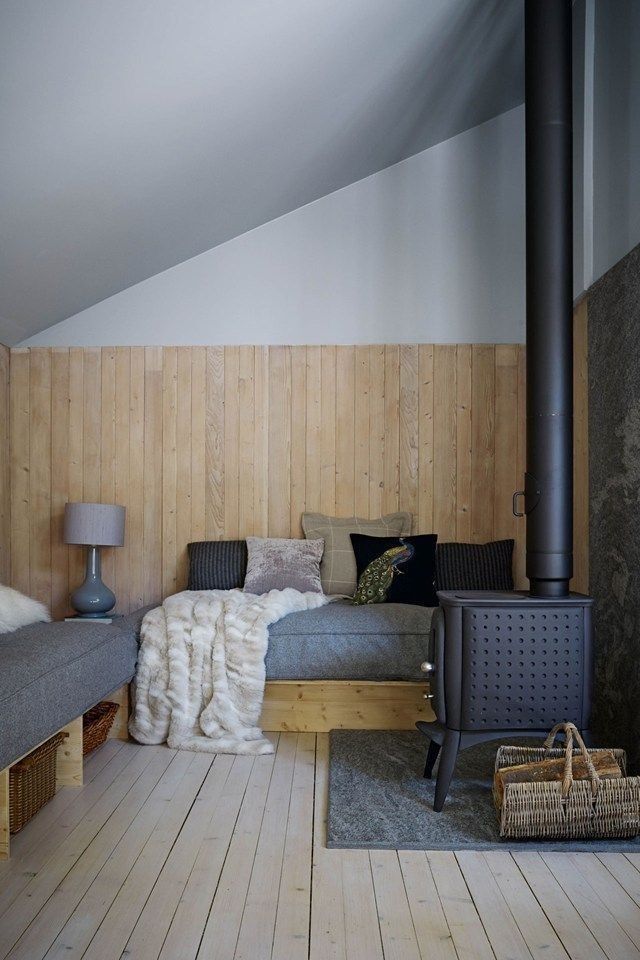 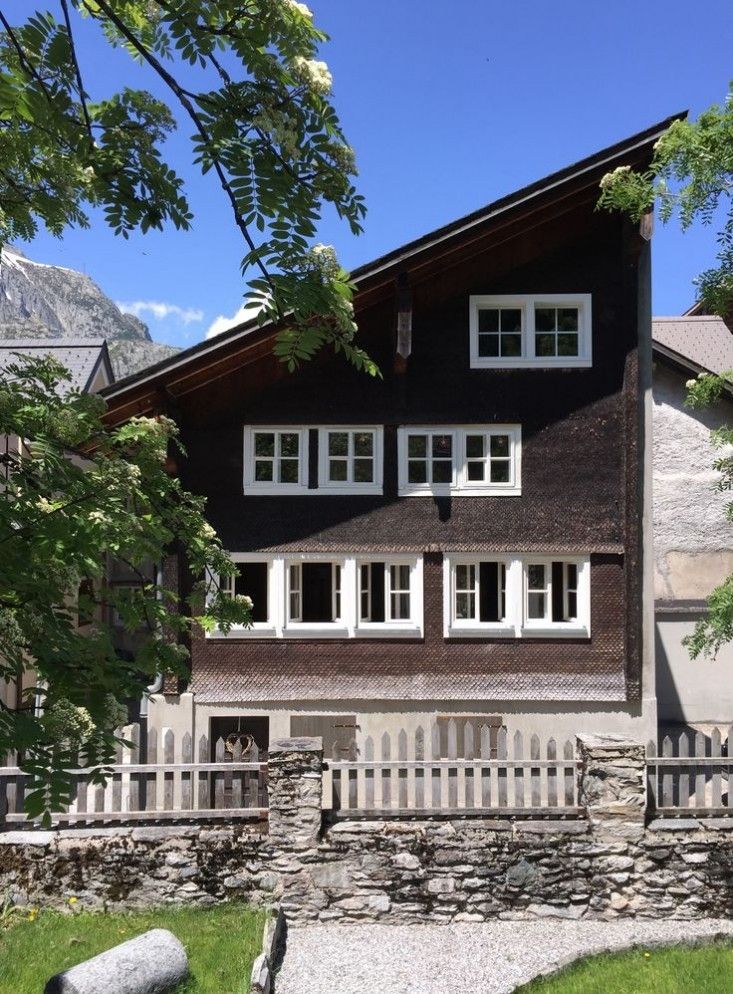 The home of architect and interior designer Jonathan Tuckey, tucked away in a Swiss mountain village called Andermatt, is almost cute enough to make us ready for stove-on, fuzzy blanket season. (Remodelista)