Winner of Your Best Salad with Apples

Congratulations to wanderash, whose Not-Too-Virtuous Salad with Caramelized Apple Vinaigrette won this week's contest for Your Best Salad with Apples earning her a beautiful from Williams-Sonoma, plus big prizes from Viking, OXO and Tiny Prints, and a spot in the next food52 cookbook! 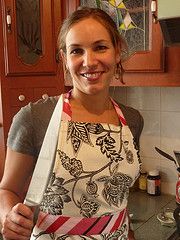 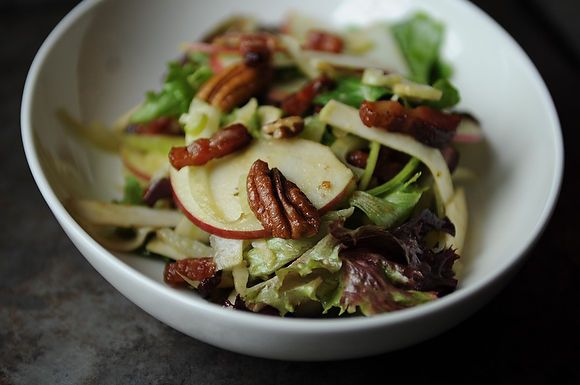 MyCommunalTable January 27, 2011
Great Q&A. Congrats. Thanks for letting us get to know you better.

jifferb January 27, 2011
I was always so jealous of you when we were kids - that you got to eat only the pizza topping (like every other kid I thought the crust sucks!), that you got "special" cookies (coconut macaroons), and "special" bread (rice cakes)... I was not so jealous of you however during our two week YMCA camp canoe trip through northern Minnesota when that bear broke into the gruber and ate all the glutton-free food! Anyway, I second the notion of bottling this dressing - amazing. And I can't wait to hear how your pork belly turns out. Nicely done, as usual, dear wanderash!

wanderash January 27, 2011
Ha! Remember when we got sugar cereal at the cabin, and I was the only one who could get away with dumping the entire box of Lucky Charms out on the table and picking out all of the marshmallow "lucky charms". I guess there were perks!

AntoniaJames January 27, 2011
Love the recipe, love the profile answers, and love the photos, especially the one of your darling little man with the gingerbread house. Don't blink! He'll be bigger than you before you know it. ;o)

Bevi January 26, 2011
Congrats! I am making your salad for house guests in a few weeks.

melissav January 26, 2011
I had your salad last week and it was great. Well deserved win!

FFiori January 26, 2011
Hooray! I ate this for lunch today, and it was fantastic! Congratulations!

wanderash January 27, 2011
Thanks! (The apron is from World Market :)) I always for get to take them off when I sit down to eat, so I have started buying cute ones.

betteirene January 26, 2011
Congratulations! Virtuous, maybe not, but it's nonetheless healthy and very, very tasty. If only there were more so-not-boring gluten-free recipes! I have a friend with Celiac Sprue, and he's taught me a few gluten-free recipes, all pretty bland. I nominate you to change that. I think that you should get "pinged" every time a gluten-free question comes up on foodpickle and be its resident expert. First question: How do you make gluten-free crust for quiche? Please post the recipe!

wanderash January 27, 2011
Thanks for the nomination; however, I'm not much of an expert. It is hardly a focus for me, it is just how things have always been. Because I was born with Celiac and all of these flours and substitutions are pretty recent, I don't really make many GF gluteny things. I think people get stuck trying to recreate gluten-centric dishes, when it is so easy to eat flavorful, delicious meals and not mimic gluten-foods. For example: South Indian cuisine is practically void of gluten and it is anything but bland!

hardlikearmour January 26, 2011
Congrats, wanderash! We're having friends over for dinner, and your salad is on the menu.

wanderash January 26, 2011
That is awesome! Thanks for letting me know!

drbabs January 26, 2011
Congratulations, wanderash! So great to get to know you!

wanderash January 26, 2011
Thanks drbabs! We are moving back to the states soon and I am looking forward to meeting some food52ers in person.