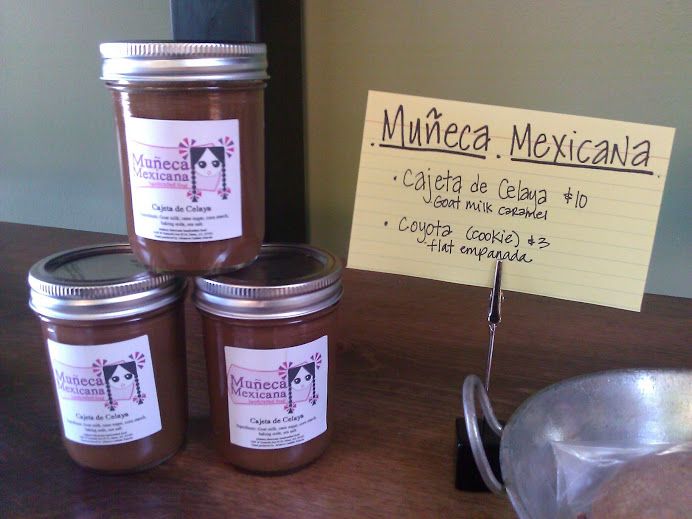 Each week in Kickstarter Love, Feed52 will feature a Kickstarter project that focuses on food and the community. Basically, it’s about cool people doing cool things with food. This week, it’s all about authentic, Mexican food.

Minerva Orduno believes that pork fat is a gift from the gods. She can grab a piping-hot tortilla with her bare hands, and can make a batch of creamy, goat’s milk caramel with her eyes closed. She does all of this (completely and painstakingly by hand), at Muñeca Mexicana, a project that stands for the artisanal production of mouth-watering, authentic Mexican fare.

The name translates to ‘Mexican doll,’ and is a nod to Orduno’s adolescent nickname. As such, it represents her food perfectly: the confections of Muñeca Mexicana channel her strong sense of culture through the home-cooked food of her childhood.

Orduno is committed to cooking the traditional way - which, for her, is the right way - even if that means longer cooking times. Take her Cajeta de Calaya, a rich caramel made from goat’s milk that evaporates slowly over three hours. Or her coyotas, pastries carefully stuffed with an unrefined sugar known as piloncillo.

Above all, Orduno wants to “show the world that Mexican food is more than just rice and beans.” Her pastries, seasonings, and moles speak for themselves, but your donation will help to make that happen. Pledges will contribute to equipment, and eventually, the physical storefront her products deserve.

Minerva O. May 31, 2012
Thank you so much for picking up my Kickstarter project and new food label on your site! I'm so very happy by all the support I've received.