Between a Pot and a Hard Place

This is the eleventh installment of Sunday Dinners, a biweekly column from our own Tom Hirschfeld featuring his gorgeous photography, stunning Indiana farm, and mouthwatering family meals. 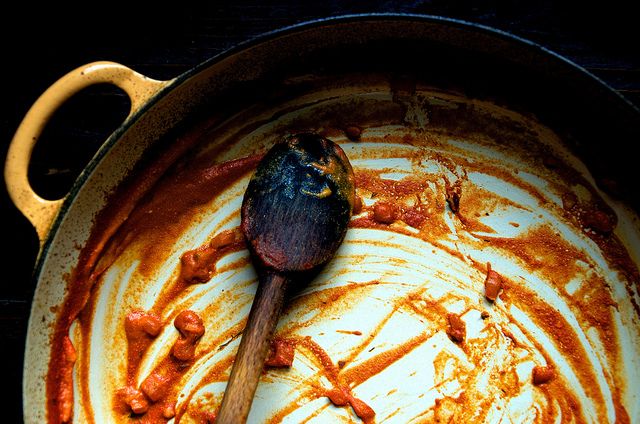 We have a tradition for Father's Day weekend. A few years back, we started going to my brother's cabin in the woods -- a little Walden, really, pond and all. We go with another family: a high school buddy of mine, his wife, and their three daughters.

It is a frog-catching, blue gill-fishing and euchre-playing weekend, and everybody has a great time. This year, Viv and Lynnie did the rope swing for the first time. 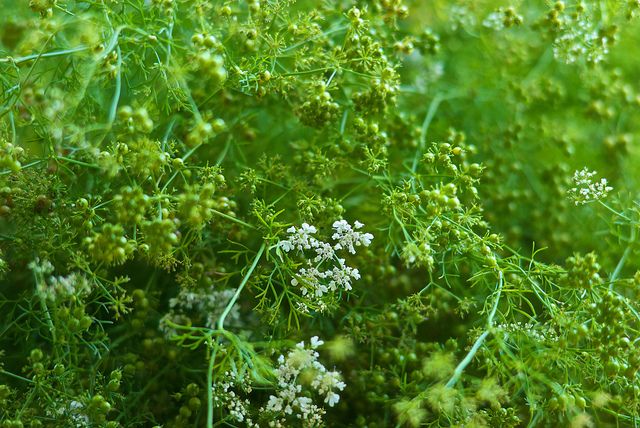 In general on these weekends, I eat too much. I scarf down too many chips and cookies, I drink too much beer -- and this is all before I grill a leg of lamb, sauté some Swiss chard, and make Al Forno's Penne with Tomato, Cream, and Five Cheeses. (A simple but nice dinner for a Saturday evening and a crowd.)

Early on Sunday, after packing, cleaning things up, and eating a huge breakfast, we drive home. During the drive I am usually wrought (overcome is more like it) with an urgent need to eat more healthily. 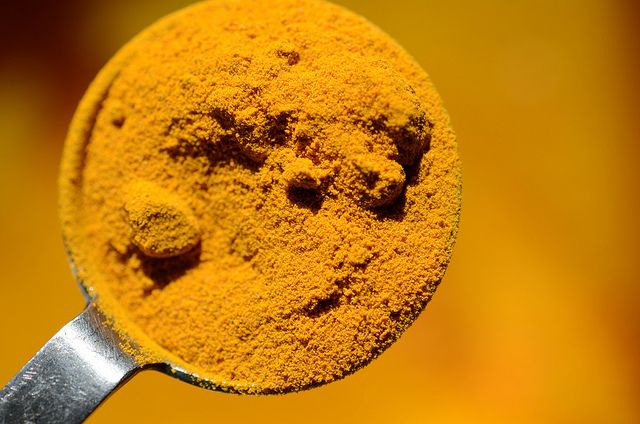 By early afternoon, though, I can be found on the couch with Vivian curled up in my arms and Lynnie in the crook of my legs, watching E.T. together. In other words, the perfect Father's Day.

At about 2:30 I'm still feeling like a slug, but I find myself thinking about dinner. (You know, because when you are sluggish you should think about food.) I scoot the girls around and get up.

It is one of those moments where nothing sounds good because I am not hungry. I munch on a few more corn chips for good measure and mumble a few degrading thoughts to myself about my lack of self control. The idea of cooking some sort of dinner is just too overwhelming, so instead I decide to go for a walk.

My walk ends, and as usual I find myself in the garden looking for inspiration. Unfortunately, the garden is at one of those moments where some produce has petered out and others aren't ready for harvest. 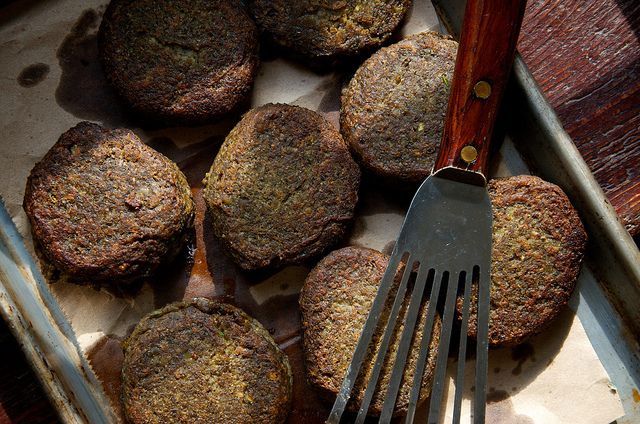 In the pantry, I stare at the shelves like I am waiting for Yoda to appear and give me guidance. Mumbling to myself again, I wonder why I am even going to cook dinner, but then I remind myself that there are others in this family who have self control and will actually be hungry.

Call me weird -- it won't hurt my feelings -- but I have a pot just for lentils. Amy and I love lentils as much as we love each other. Don't get me wrong, I cook other things in it, but it is also the only pot in which I cook lentils. It is a worn out and broken Le Creuset 3-quart pot that Amy and I bought with two other Le Creusets for thirty dollars back when we first got married and had no money. We stood in the aisle and debated for ten minutes if we could afford them or not -- of course, now I realize that they were mismarked and we got them for a song.

As I stand staring at it, the pot makes my decision for me. Some sort of lentil it is. 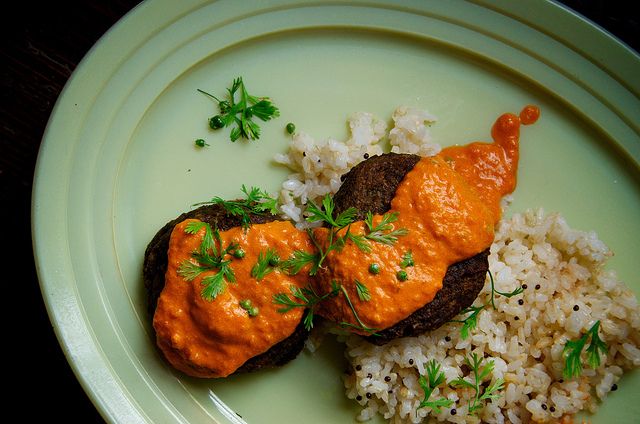 splitthelark June 22, 2012
Made these for dinner last night and they were scrumptious. Eating the leftover lentil cakes with yoghurt for breakfast this morning.

I must admit, I could have doubled the Tikka Masala and not have had enough!

thirschfeld June 20, 2012
Panfusine I have a so much coriander fruit right now and I just can't get enough of it! I love those little bursts of flavor.

Sini |. June 19, 2012
Did you maybe mean Lentils du Puy instead of Lentils du Pay? This meal looks so good. Have to make it.

Nozlee S. June 19, 2012
Thanks for catching that typo!
Author Comment

thirschfeld June 20, 2012
Thanks Sini, that is what happens when I sit at the computer without my glasses.