An Interview with Sarah Rich, Author of Urban Farms 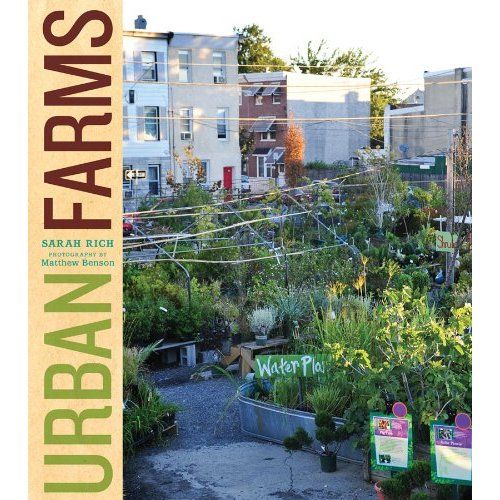 Friend of FOOD52 Sarah Rich is a busy woman -- between the fantastic Longshot Magazine and a career writing for everyone from Gourmet to Wired, she's been traversed every corner of the food world. Her most recent project is Urban Farms, a new book with photography by Matthew Benson that we wrote about a few weeks ago.

We spoke to Sarah about her new book, the movement toward small-scale agriculture, and how you can get involved in the movement. Be sure to check out Urban Farms!

FOOD52: What made you want to write about urban farming in America?
Sarah Rich: I think it became pretty clear a couple of years ago that this movement (or trend, if you like) was taking hold. Urban farms were sprouting up everywhere around the country—they often played a role in stories about regeneration in run-down cities (the Rust Belt, the Gulf Coast), or about improving public health in the midst of the obesity epidemic. In one way or another, urban farms popped up as a part of the contextual picture of some major cultural issues. So it seemed right to do a book that would illuminate the many ways farms can benefit cities.

F52: What were some of the similarities and differences that you saw as you studied these 16 farms?
SR: The farmers I met shared a genuine passion for and commitment to bringing agriculture to their communities. These aren't people who are jumping on a fad and moving on to the next fad when it comes along. (Not that there's anything wrong with doing it because it's popular—the trendiness of urban farming has generated abundant volunteers for projects everywhere.) The differences tended to be in how the farms sustained themselves financially, whether through CSA memberships, sales to local restaurants, foundation grants, or investors. Also, of course, they varied according to climate. In New Orleans, February is still peak season, whereas in Detroit, February farmers are indoors planning for the summer.

F52: Is small-scale, urban farming the future of agriculture? Or does it function more as a tool for awareness?
SR:I guess I don't fall on either side of this question. I can't say I believe that small-scale urban farms will topple industrial agriculture any time soon—there are too many powerful, entrenched systems keeping rural farmland planted with corn and soy and other crops (many of which are only partially destined to be consumed by people). But I also don't think it's merely an awareness-building tool. Urban farming has real utility beyond simply being an alternative way to grow food. It creates jobs, cleans up environmental contamination, beautifies cityscapes, contributes to improved health outcomes, bonds communities, supports educational initiatives, and the list goes on. That was the reason to do the book—to underscore the many things these farms do.

F52: What can the average cook do to support urban farming in their city?
SR: Well, if you like to dig in the dirt, then volunteering hands-on help is a great way to support. If not, sign up for the farm's CSA if they have one, or find out how/where you can buy their produce. If they're looking for donations, ask what you can give. If you have kids in a school that might want to plant an edible schoolyard, consider suggesting it and helping to make it happen. If your local restaurants source ingredients from urban farms, eat there. Many ways, all of them good!