Rhonda35 won the contest for Your Best Muffin with Mom's Blueberry-Coconut Muffins. 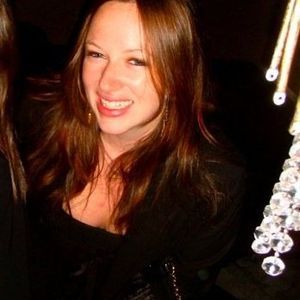 Who is your culinary hero?

My culinary heroes are my mother, Nigella Lawson, and Jamie Oliver. The only non-British member of my culinary hero selection, my mother, has supplied me with all of my go-to dinner recipes, ranging from goat cheese chile rellenos to chicken stir-fry. Both Jamie and Nigella count themselves among the cookbooks in my kitchen, and are equally enjoyable to watch on television.

While in college, my friends and I would host potluck dinners. Each person would bring a dish that was usually a cherished family recipe. Given the diversity in backgrounds among my friends, the meals themselves often ended up being completely mismatched, but the fun of it was seeing what food was familiar and fun for every individual. We would have a seafood stew next to a cold pasta dish next to a glazed salmon, and to this day I look back on those meals as a way to think outside the box and just have fun.

What is the kitchen activity that's most cathartic for you? Least cathartic?

I have luckily escaped most serious kitchen disasters so far (now that I wrote that I am sure I will burn my kitchen down next time I cook). However, the most recent disaster occurred while making the simple syrup for the Ginger Sangria. I was not paying very close attention to the syrup and before I could stop it, the syrup bubbled over the sides of the pan and all over burner. I spent a lovely 45 minutes afterward scrubbing my stovetop to remove the evidence.

If you were able to plant something in the White House Garden, what would it be?

I usually listen to the latest mixtape I have downloaded or created on my ipod. Right now that would be the Get Right Radio Summer 09 mixtape by DJ Benzi. It must be upbeat!

No apron. Unless I am cooking in front of guests, my cooking ensemble is something I would never want the rest of the world to see.

A mixture of sweet and salty, depending on my mood.

Your favorite cutting board is: a) wood, b) plastic

Clean as I cook.

Who is your culinary hero?

My 92-yr-old grandmother, Helen Getz.  Her kitchen, with all it's simple culinary delights, has always been the heart of her home.  She has a magical way of taking a handful of ingredients, say a tomato, an egg and some bits of cheese, and turning out an unbelievably delicious meal for 8 with the wave of her wooden spoon!  My mother, Judy Hesser, isn't too shabby, either!  No one bakes a cake, cookies or bread like she does.

Once again, it's a Grandmom Helen memory - when we were kids, she would send us out in our pjs to pick up fallen apples under the neighbor's tree.  They were always wormy and horrible-looking and we were never too sure we wanted anything to do with those apples.  We'd bring in handfuls and Gram would pare them, cutting out all the bad bits, etc.  20 minutes later, she'd serve us the most incredible, puffy apple pancake topped with confectioner's sugar for breakfast.  What I learned from Gram has served me well: you don't need fancy ingredients, the finest cookware or a perfect kitchen to turn out good food and happy memories.  All you need is an understanding of the basics of cooking, a little ingenuity and a big, gracious heart.

What is the kitchen activity that's most cathartic for you? Least cathartic?

Whether we've had a party, a crisis or just a crazy day with kids in and out of the house, I usually have my "Zen moment" when I have wiped down the counters, cleaned the stove and finally push the "on" button for the dishwasher - that's when I think, "Ahhh, on to another day!"  Least cathartic?  Unloading the dishwasher.

Apparently, it's a disaster that I refuse to learn from - I seem to have a habit of putting heavy cream in the bowl of my mixer and then immediately running the mixer at full throttle, spraying cream all over the kitchen.  I've done this repeatedly for 25 years.  My husband finally put a note on the mixer that says, "Don't do it!"

If you were able to plant something in the White House garden, what would it be?

Republican ideals. And if they won't let me sow that, then...eggplant.

Everything from Led Zeppelin to Justin Timberlake to Sarah MacLaughlin - depends on my mood.  But Fridays, without fail, are "Fridays with Frank" when the voice of Ol' Blue Eyes floats through the house like a dream.

No apron, but I am trying to change that habit.

Your favorite cutting board is: a) wood, b) plastic

When it comes to tidying up, you prefer to: a) clean as you cook, b) do all the dishes once you've finished cooking, c) leave the kitchen a shambles for your spouse/roommate/kids to clean

Clean as I cook - I've got a little OCD in my genes.