Today: We talk history and the top 3 kitchen advances of all time with Bee Wilson, author of the new book Consider the Fork: A History of How We Cook and Eat. 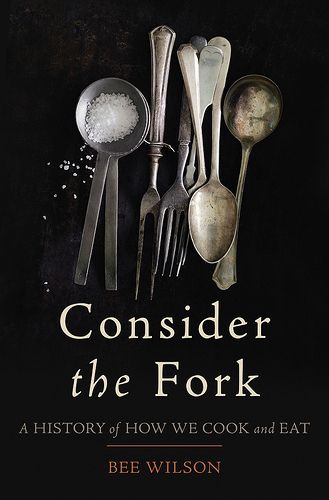 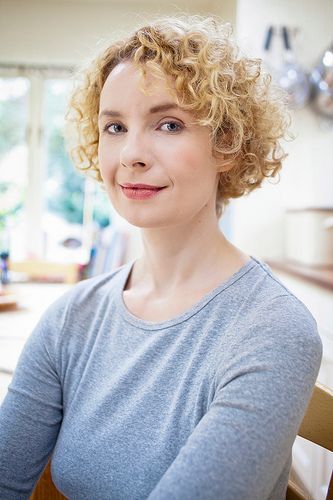 As it turns out, a fork isn't just a fork: it's the product of centuries of history and technological innovation. In her new book Consider the Fork: A History of How We Cook and Eat, Bee Wilson explains the history behind the kitchen tools we take for granted, from chopsticks to cutting boards.

Bee Wilson is a food writer, historian, and author, most recently, of Consider the Fork: A History of How We Cook and Eat. She has been named BBC Radio’s Food Writer of the Year and is a three-time Guild of Food Writers’ Food Journalist of the Year. Wilson served as the food columnist for the New Statesman for five years, and currently writes a weekly food column for the Sunday Telegraph’s Stella magazine. She holds a Ph.D. from Trinity College, Cambridge, and lives in Cambridge, England.

1. Describe your all-time favorite meal.
Can I start with globe artichokes, steamed in a pressure cooker? We’d eat them with fingers, dipped leaf by leaf in melted butter. Hunks of sourdough would mop up the last drips of butter in the dish. I always think that artichokes are a great example of a food where forks are superfluous. They also remind me of a happy trip I took to Rome a few years ago when my sister was living there and we ate golden-brown deep-fried artichokes that looked like sunflowers.

Then, I’d serve a big, welcoming chicken pie – my daughter’s favorite – with a bowl of sweet carrots and a slightly tart green salad. I’d feel grateful to be eating the salad with stainless steel cutlery. The old carbon steel that people ate with before the twentieth century reacted with the vinegar in salad dressing making it taste funny. Hence the old French rule that you should never cut lettuce.

For dessert, maybe a trembling coconut crème caramel with ice-cold orange slices on the side. The oranges would be sliced extra thin with my newest kitchen toy, a ceramic knife.

2. Why did you decide to write about the history of kitchen tools?
I started to get interested in how our food culture focuses so much on ingredients that we lose sight of the tools and techniques that make cooking possible. In my own kitchen at home, I realized that I had strong and sometimes irrational attachments to certain implements: this trusty pair of tongs, that pot. I began to see that there was a fascinating hidden history behind many of the utensils we take for granted. Why do we stir food with wooden spoons but eat it with metal? Why are we so frightened of putting knives in our mouths long after they ceased to be sharp?

I got very drawn to the question of how cultural differences play out in the kitchen – why in America ingredients are measured using cups whereas Europeans use scales, for example; or how French cuisine is founded on many knives while Chinese cuisine is structured around just one.

I’ve never been a high-tech gadget fetishist – I prefer skillets to sous-vide machines – but what got me really hooked on the subject was the revelation that there was technology in all of the objects we use to cook with – even something as humble as a balloon whisk or a wooden spoon. 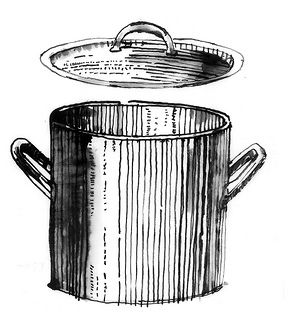 3. What are the top three technological kitchen advances of all time? (Knives? Fire? Microplanes?)
If we take knives and fire as read – because there is no cooking at all without those, and certainly no kitchens, my top three would be:

• The pot. The adoption of cooking pots around 10,000 years ago marks the leap from mere heating to cuisine: the calm, considered intermingling of ingredients in a man-made vessel. As well as hugely expanding the range of foods that could be eaten, pots enabled the alchemy of flavor combination that is still at the heart of all good cooking. Pots meant pot juices.

I was startled to discover, too, that before the adoption of cooking pots, archaeological evidence shows that no one who had lost their teeth could survive. Pots made it possible to boil up soft soupy mixtures, so chewing became an optional skill. I’d argue that pots are still the single most nurturing and pleasure-giving tools in the kitchen. To me, soups and casseroles are cooking in its purest form. Few moments in the day are happier than when you sling a pot on the cooktop, knowing that supper will soon be bubbling away, filling the house with good scents.

• The gas oven, because it liberated millions of women, at a stroke, from the time-wasting drudgery and pollution of maintaining a cooking fire. If you look at the developing world, where smoke from indoor cooking fires kills an estimated one and a half million people a year (according to the World Health Organization) you get a sense of how life must have been when cooking happened over an open flame. Gas meant that for the first time, fire could be switched on and off at will. It saved time, labor, and lives.

Another benefit was that it enabled far more precise heat control than the old cast iron ranges or open hearths. The later inventions of electric stoves and microwave ovens – though important – were nothing as life-changing.

• The refrigerator (and freezer), not just for preserving food in individual kitchens but for the way it revolutionized the food supply. With refrigeration, fresh milk, fresh meat, and fresh green vegetables became year-round staples in all parts of the United States for the first time in history. I’d also argue that the refrigerator has taken over from the fire as the focus around which we tend to organize our kitchens and our homes. When we can’t think what else to do, we open the fridge door and stare inside as if it will provide the answers to life’s great questions. 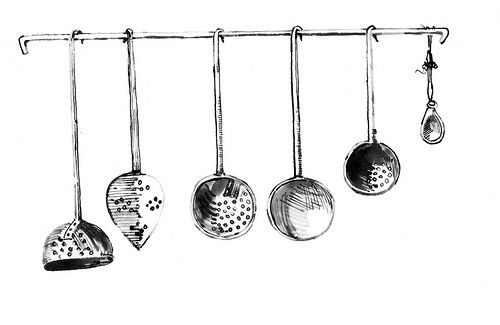 4. What does our perpetual fascination with single-use and/or useless kitchen tools (Wire egg slicers! Strawberry hullers!) say about us?
As a food writer, I can be rather snobbish about such things. When I see a melon baller, an egg slicer or – this one is the worst – a garlic peeler, I think: what was wrong with a spoon, a knife, or fingers? Very often, a single-use kitchen tool seems designed to replace a skill we have lost. If you know how to use a paring knife, you don’t need specialist fruit hullers. On the other hand, foodies can be too quick to write these things off. Which tools we adopt – as with so much else in the kitchen – is often a question of taste. I’d never have dreamed of buying an Apple Master, an all-in-one apple peeler, corer, and slicer invented in the nineteenth century. But some friends who grow a lot of apples brought one with them when they came to stay with us, and it was a marvel. We all stood around and watched in wonder as this gadget took off long ribbons of peel and reduced each apple to perfect spiraling slices.

The truth is that no tool is useless if it is being used. You could have the most fabulous multifunctional Santoku knife, but if you never take it out of the drawer and cut with it, then what’s the point? Similarly, if you have a single-use pineapple slicer and use it to prepare fresh pineapple for breakfast every morning, it’s far from useless. So yes, we mostly have far too much stuff in our kitchens that we don’t need, but if a tool gives someone harmless pleasure, I say, why not? 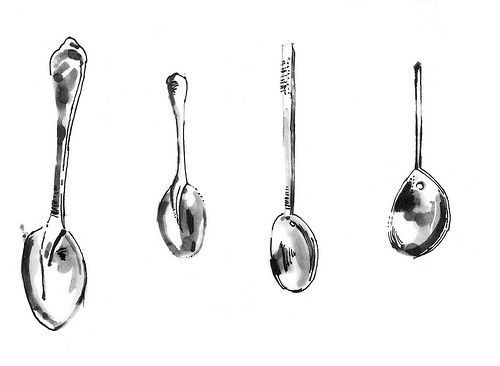 5. What are you working on now?
At this very minute? I am working on cooking supper for my children: egg fried rice.

Next, I’m doing a cookbook round-up for one newspaper and researching a food column on gluten-free baking for another. I’m off to a health food store to stock up with ground almonds, rice flour, and millet. By lucky coincidence, we’ve invited some people 'round to dinner who happen to eat a gluten-free diet. So I’m making gluten-free apple cake, chocolate Florentines, and parmesan crackers, relishing the fact that for once my work and my home life will be in sync.