Classic Cocktails from A-Z: G is for Gimlet

Some things just go together -- and the obvious accompaniment to food is drink. Welcome to Booze52, in which we explore all manner of libations, from A to Z, that do much more than just wash down a meal.

Today: Gin -- with a squeeze of lime -- becomes much more sippable than you once thought. 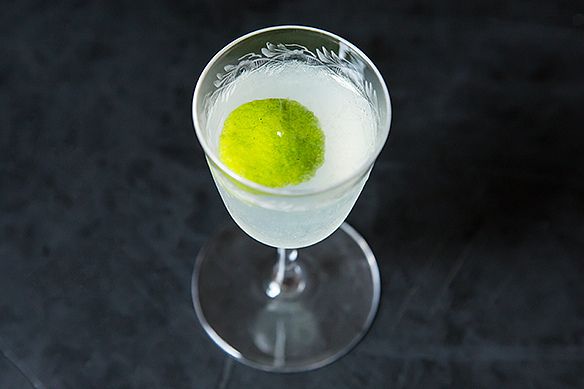 If drinks were college coeds, from cardigan-wearing scotch-and-sodas to sorority row cognacs, then the gimlet would be “everyone’s girl.” It’s classic, straightforward, and always agreeable. Though using gin is the way to go for purists, the Gimlet Girl is totally fine with you using vodka. Or sake, for that matter.

Still, the gimlet is cocktail for the playbooks -- it's a great classic to know cold, and once you do, you can adapt it from there. A quick confession: I was one of those scaredy-cat cocktail drinkers who avoided gin for many, many years, and I can proudly say that a well-made gimlet officially ended my phobia.

I like to think of the gimlet as medicinal and in fact, many a “limey” sailor drank what roughly constitutes a gimlet ancestor as a ward against scurvy. (The cocktail is supposedly named after Sir Thomas Gimlette, a British Navy doctor in the late 19th century who came up with the mix.) Whether you swab decks for a living or not, it’s still an extremely refreshing drink. I went for the oldest-school, most hands-on experience for this simple recipe:

Pour ingredients into shaker filled halfway with ice. Shake or stir until cold and serve in chilled coupe. Garnish with lime wheel.

Save and print this recipe here. 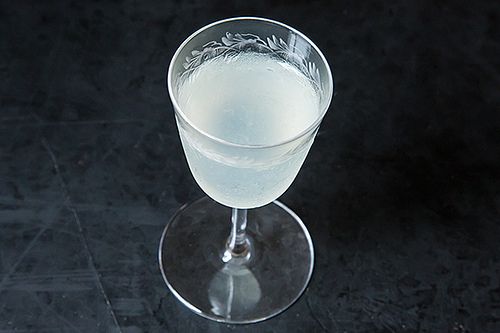 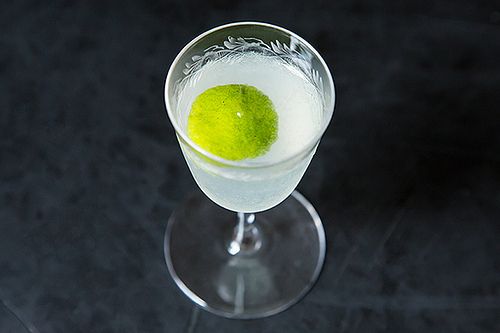 • For an affordable, drinkable gin, try Junipero. And you can never go wrong with Hendrick’s—a little subtler in flavor but smooth and tasty with a hint of cucumber.

• You can make your own simple syrup with your eyes closed, and that’s what I did here. Fresh lime juice will make a big difference, too, but I will note it’s a great debate in the cocktail world: some say that a gimlet isn’t a gimlet unless it has Rose’s cordial. (Try for a 2:1 ratio of Rose’s to gin if that’s your speed.) Which do you use? Tell us in the comments below!

Gimlets with a Twist:

• For a kick, add a pungent dash of ginger juice. If you don’t have a juicer, use The Ginger People’s Organic Ginger Juice and a very light hand—a drop or two is all you need.

• For those who cannot decide between gin and vodka—have a little of both! Combine your gin with something like Hangar One’s Kaffir Lime (3:1 gin to vodka) or better yet, infuse your own with Kaffir lime zest or lime leaves. Add a dash of vermouth and/or orange bitters for an extra layer of flavor.

Paul W. September 21, 2017
It has to be a lime cordial, for me. I don't think you can replace spirit + cordial (syrup) with spirit + syrup + a fair amount of citric acid. Drink will be cloudy, pulpy, and may have stomach-turning acidity.

grunweg November 7, 2014
I seem to recall Dale Degroff says this is a Gin Rickey (sans soda) recipe- not a gimlet. For a true gimlet you really need lime cordial. Which for most people means Rose's lime cordial. Homemade lime cordial is of course makes the best gimlet by far.

MeadowSweets November 18, 2012
I like to put rose water in my gimlets. Mmm

Marc O. November 16, 2012
Erika - Did you ever try to turn this cocktail into a granita?
Author Comment

em-i-lis November 15, 2012
i LOVE gimlets albeit only those made with vodka. beautiful picture and pretty glass!