Arielleclementine won this week's contest for Your Best Movie Snack with Olive all'Ascolana. 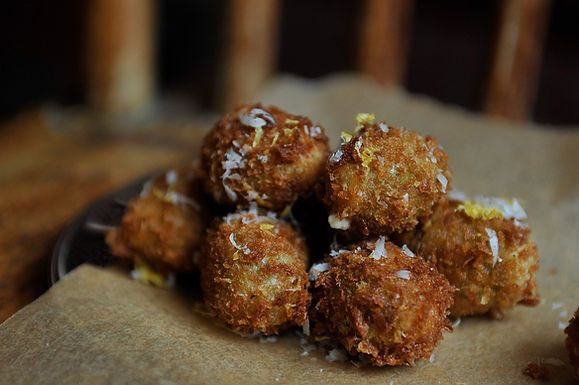 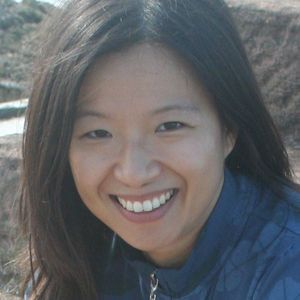 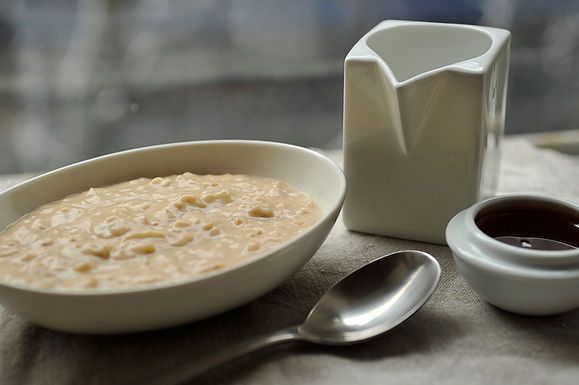 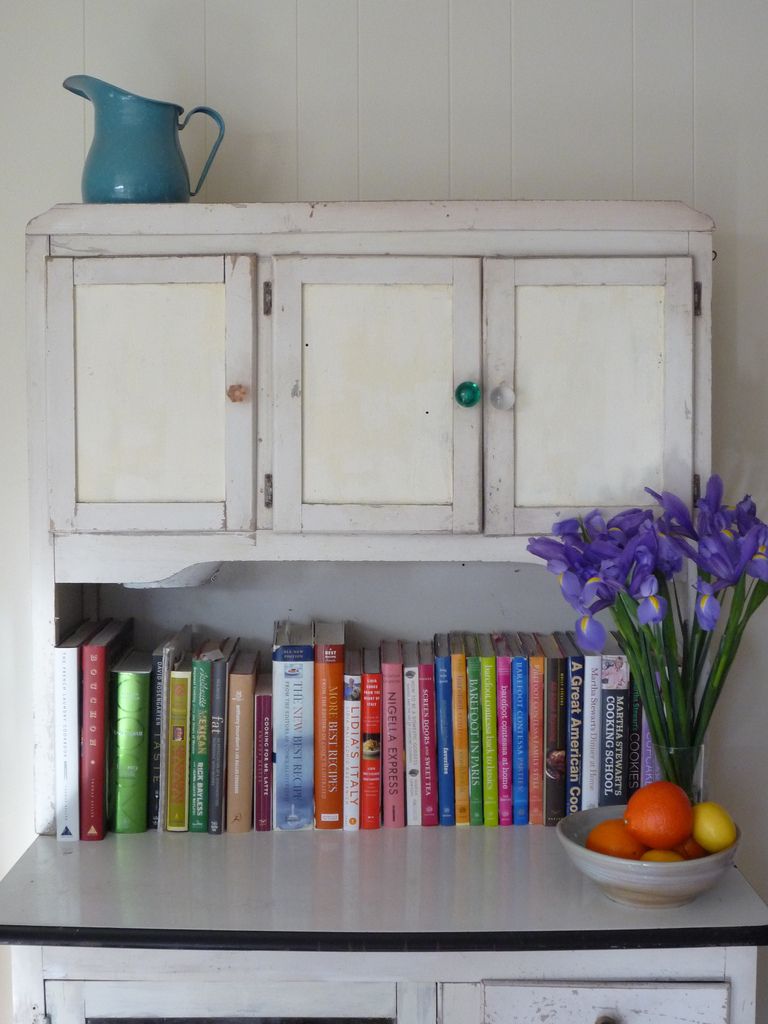 Describe an early food experience that has influenced the way you think about food and/or cooking.
My mom didn't have a lot of time to cook when we were growing up, but for our birthdays she would always spend hours decorating our birthday cakes. The cakes were always amazing--covered in beautiful flowers or emblazoned with our favorite cartoon characters. She never had any training in cake decorating, but she decided that she wanted to do it, and so she did. I think that my sister and I have inherited some of this confidence in the kitchen.

What's your least favorite food?
I've really tried to like it, but I just can't seem to appreciate shrimp. There's so much resistance when you bite down on it that I feel like I'm eating something inedible. Maybe I just haven't had it prepared properly.

What is the best thing you've made so far this year?
I was in Boston recently and had a supremely wonderful soup that I was able to replicate pretty well at home. It's a chestnut bisque with amaretto yogurt, savory granola, and candied pancetta. So fun! In the restaurant the bowl of soup was set on top of a dainty branch of charred pine, so that you smelled the pine smoke while you ate the soup. I drove all over trying to find pine branches, but was unsuccessful. I think the soup was pretty fun anyway, though!

Describe your most spectacular kitchen disaster.
Oh boy. About five years ago, I was basting the Thanksgiving turkey using my mom's 30+ year-old turkey baster with Helen standing beside me. This baster was just terrible, and was prone to expelling its contents unexpectedly. You can see where this is going. I forgot about this little quirk, and ended up spewing turkey grease on Helen's leg. She had to take her pants off in front of everybody while my mom sprayed her with water from the kitchen faucet.

What is your idea of comfort food?
Warm, freshly baked bread, one of my sister's amazing cheese platters, and dark chocolate.

Apron or no apron?
No apron.

What's your favorite food-related scene in a movie?
One of my (many) favorites is from "Beetlejuice," when the family is just sitting around eating Chinese food from those little white take-out containers. The scene seems somewhat unremarkable, but I was young and living in Buda, Texas when I saw this movie, and the idea of eating noodles from those cartons with chopsticks seemed like the height of sophistication

If you could make a show-stopping dinner for one person, living or dead, who would it be?
David Sedaris. He's hilarious, and I'm pretty sure he'd tell some awesome stories.

You prefer to cook: a. alone, b. with others, c. it depends on your mood.
Oh, I'm sad to say that I am very bossy in the kitchen. I love having people to talk to while I cook, but I really like to do most of the actual cooking myself. I'll make an exception for Helen--we work pretty well together in the kitchen!

When it comes to tidying up, you usually: a. clean as you cook, b. do all the dishes once you've finished cooking, c. leave the kitchen a shambles for your spouse/roommate/kids to clean.
If I've got down time while I'm cooking, I'll clean the mess I've made so far. But my husband almost always does the clean up at the end. 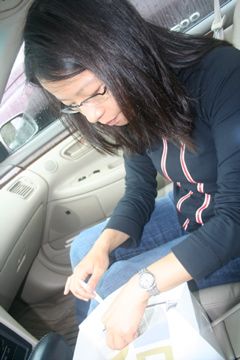 (Ying, enjoying a picnic in her car)

Describe an early food experience that has influenced the way you think about food and/or cooking.
My mother has a passion for labor-intensive baking projects: Indonesian ribbon cake (like a highly spiced Baumkuchen baked in a pan instead of on a spit); miniscule pineapple jam tarts (because they look cuter when coin-sized); fragile love letters (a Chinese New Year cookie not unlike a Norwegian krumkake). I learned early that food + time = love; feeding people well is a measure of your devotion to them.

What is the best thing you've made so far this year?
The 26 meals I made and froze just before the birth of my son. I wish I had a bigger freezer.

Describe your most spectacular kitchen disaster.
I came back from a long vacation, made some bread dough, threw it in the oven and baked it…in a nest of mouse droppings & urine. The smell will be with me until I die.

What is your idea of comfort food?
Pho and its close cousins.

Apron or no apron?
Apron sometimes. (I’m crazy like that.)

What's your favorite food-related scene in a movie?
That scene in "Eat Drink Man Woman" (I think), where the grandfather fills a multi-storey tiffin case for his granddaughter’s school lunch.

If you could make a show-stopping dinner for one person, living or dead, who would it be?
I’m sorry to bore you; it’s my husband.

You prefer to cook: a. alone, b. with others, c. it depends on your mood.
C: It depends on my mood.

When it comes to tidying up, you usually: a. clean as you cook, b. do all the dishes once you've finished cooking, c. leave the kitchen a shambles for your spouse/roommate/kids to clean.
A: Clean as I cook.

Jennifer A. February 26, 2010
Congratulations to you both! We just got a lot of snow, and plan to enjoy Ying's recipe before a day ski tomorrow. And, of course, Arielleclementine's olives for the Oscars next week (AC - what a lovely kitchen hutch, and garden!)

Kelsey B. February 25, 2010
Congrats winners! Your stories are great and the recipes are, too!

mariaraynal February 25, 2010
Congrats to the winners and finalists! Love your recipes and your terrific responses.

shayma February 25, 2010
congrats to both of you!
arielle, e brava for replicating that soup- it sounds v complex.
ying- i would also like to cook for my husband. :)
best wishes, girls. shayma

gluttonforlife February 24, 2010
OMG, Ying, the mouse-nest bread! And that vision of pants-less, Helen. Congrats to two chefs who are as amusing and humble as they are talented!

arielleclementine February 24, 2010
haha! oh man, helen! i can't believe we made it this long on food52 without you mentioning my nickname! thanks to all for your lovely comments! congrats to all the finalists!

Helenthenanny February 24, 2010
Oh man, this rocks my world!! Congrats Yeti!!!! And congrats to you too Ying!

lastnightsdinner February 24, 2010
Congrats to the winners! I love these Q&As! ying - I think your kitchen disaster beats all, and Arielleclementine, that hutch is adorable! Love the irises :D

mrslarkin February 24, 2010
Congrats to all the contestants! And I especially love both of your disaster scenarios! A&M, can we put a whole chapter of those in the book?

arielleclementine February 24, 2010
thank you! thank you! a huge shout out to Helen, who forced all of our friends and family to vote for me. You're the best sister in the world! Also, Helen's responses to the finalist's questionnaire were unbelievably hilarious. Sister- perhaps you can post these on your blog? Or save them for your next win :) yahoo!

Helenthenanny February 24, 2010
No way, I gotta save em!
And huge shout out back to you sister, those olives really are showstoppers, and "best sister in the world" is a pretty sweet victory if you ask me! You forgot part of what makes your kitchen disaster so disastrous: the fact that to this day, whenever you are holding a turkey baster, I retell what happened on that fateful day and make a spectacular show of getting out of burning range! I am a stinker :D

arielleclementine February 24, 2010
haha! i thought i'd omit that part since you've been so gracious!