David Ellner, founder of the Panna Cooking App (and a Giveaway!)

We're sitting down with our favorite writers and cooks to talk about their upcoming cookbooks, their best food memories, and just about anything else

Today: David Ellner of the cooking app Panna talks with us about his new video-cooking magazine. 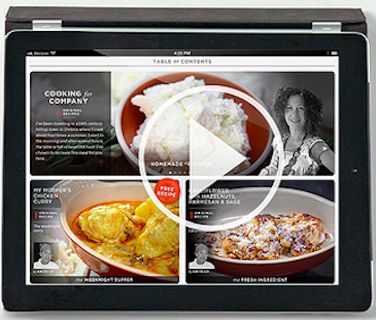 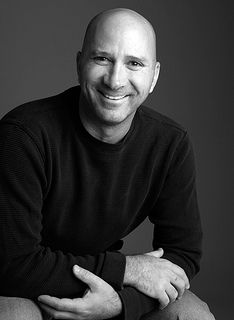 The best products come from frustrated consumers. And so is the story of David Ellner, a home cook who became frustrated by not knowing if his dishes, made from cookbooks by chefs, were coming out exactly as they were intended to. There is much more to it -- the fact that he has a background rooted in the music industry, his work on American Idol -- but this story circles back to that one frustration. His solution? To make an app for that. Panna is what resulted -- and praise for it is spreading almost as quickly as artisanal chocolate and small-batch kombucha have in Brooklyn. In what is referred to as the first video-cooking magazine, iPad-owners are invited inside the kitchens of well-known chefs (Anita Lo, Rick Bayless, among many) for a cooking lesson.
We spoke to Ellner about his own food experiences, his goals for Panna, and his advice for those of us clutching desperately to our print cookbooks:

1. What is your all-time favorite meal?
I had my favorite meal in Florence, Italy. I asked a local shop owner for a lunch recommendation and he suggested a nondescript cafe around the corner from his store. The place was packed with locals, the tables covered with paper tablecloths and the atmosphere was thick with the sound of Italians enjoying their meals. The meal wasn't fussy -- thinly sliced pork with peas, a pasta primavera, a fresh salad and tiramisu for dessert -- but it was absolutely delicious. I'd never eaten food that was so simple yet so memorable. Italy is such a special place for food. The people have a deep appreciation and understanding of their ingredients and know how to prepare them in beautiful ways.

2. What is your background with cooking and food?
My love affair with cooking started about six years ago when I received Thomas Keller's Bouchon cookbook as a gift. In the opening recipe, Thomas talks about the need for everyone to know how to make a roast chicken, and it was something I'd never tried before. So I jumped in, made my first roast chicken, and was hooked. I've cooked a lot from that cookbook and others, but the experience often left me wondering whether the dishes I was preparing were really coming out as they were intended by the chefs. At times I also struggled with getting the recipe to look like the picture in the book. That frustrated me. I set out to build Panna to solve these two issues.

3. What do you and your team aim to do with Panna?
At its core, Panna represents mastery and deliciousness. We set out to build a technologically advanced, highly curated product with experienced, creative and accomplished chefs. The recipes had to be knock-out tasty and the product had to be exciting yet easy to use. Most importantly, you had to be able to really execute the dish, so the instructions and videos are very detailed. I personally want to tackle foods from different ethnicities that range from simple to difficult. It's a crazy aspiration, but I want everyone to try making homemade pasta once in their life, or dumplings or a mole. These are not simple dishes to create, but Panna takes home cooks through these recipes step-by-step, so it's straightforward and true to the chef's vision.

4. How would you answer purists who lament the loss of real, tangible cookbooks in favor of digital publications like yours?
I'd say that a purist doesn't have to choose one over the other. Use both. For example, I love music and I love it in all of its configurations. I think it's important to remain open to new experiences and technologies. Digital will never replace the feel of a cookbook. Vinyl is still my favorite way to listen to music, as it has the warmest sound, but I can't take an LP on a jog. Cookbooks are great and I have tons of them. But there's room for innovation.

5. What are you working on now?
Panna's immediate focus is on improving the depth and the direction of the content in the magazine and to build out the technology so Panna can be consumed on more platforms. We'll soon launch the iPhone version of Panna and shortly thereafter we'll launch on other platforms. We're extremely excited by the market's reaction to Panna -- Apple named Panna one of its top apps of 2012 -- but we're most honored by the positive response from home cooks.

The Giveaway!
Want to win a one-year subscription to Panna? Answer the question below in the comments section of this post by Tuesday, January 15th at 2pm EST:
If you could have any chef demonstrate a recipe to you, who would it be?
We'll pick 5 random winners and contact you by email -- best of luck!
Tags:

SweetnSavory February 3, 2013
I'd absolutely love to see Gena Gemshaw create her tasty vegan recipes. I've never been comfortable in the kitchen though I enjoy food. Now, thanks to discovering Food52 and many of its chefs I no longer feel quite so overwhelmed.

pmajluf January 22, 2013
David Chang of Momofuku, see him playing with the concepts of Ramen Soup

oregon C. January 13, 2013
Dorie Greenspan, but she has too many fantastic recipes so it would be hard to select just one. Her photos on her cookbook jackets make her look like a friendly, casual, approachable chef: it would be fun to see if this really is her personality.

hrobb January 12, 2013
Domenico De Marco, master pizzaiolo of Di Fara Pizza. Oh, to have the secrets and the pies.

Phil D. January 11, 2013
Mark Bittman is my guy. I love his minimalist, no nonsense cooking, he has a great sense of humor, and he is a lefty. What's not to like?

gorzd January 9, 2013
Paula Wolfert...I'd love to cook with her for a few days; all her food is so flavorful and interesting and authentic

AntoniaJames January 9, 2013
Not sure exactly what you mean by "chef" but I'd like to see Shirley Corriher make her Simple Flaky Pie Crust, which uses a technique I've not seen described or used elsewhere. ;o)

essi71 January 9, 2013
Nathan Myhrvold, because his approach is fascinating.

bstewart January 9, 2013
I'd love to have Ina Garten show me how to cook anything — just learning from her would be enough, regardless of the recipe.

beelee1113 January 9, 2013
It may be cliche, but I would love to have Gordon Ramsay show me how to make his famous Beef Wellington!

beelee1113 January 9, 2013
It may be a bit cliche, but I would just love to have Gordon Ramsay show me his famous Beef Wellington!

CookingMomTR January 8, 2013
I would have Madhur Jaffrey show me how to make beef vindaloo and an eggplant dish

Elizabeauch January 8, 2013
Chuck Hughes for sure

fernanda S. January 8, 2013
I would love for an old lady in Mexico to teach me mole. Either that or make pizza with Thomas McNaughton.

A. N. January 8, 2013
I'd love to have Marcus Samuelsson demonstrate any of his recipes for me!