Sunday Dinners comes to us from our own chef/photojournalist/farmer/father figure Tom Hirschfeld, featuring his stunning photography and Indiana farmhouse family meals. 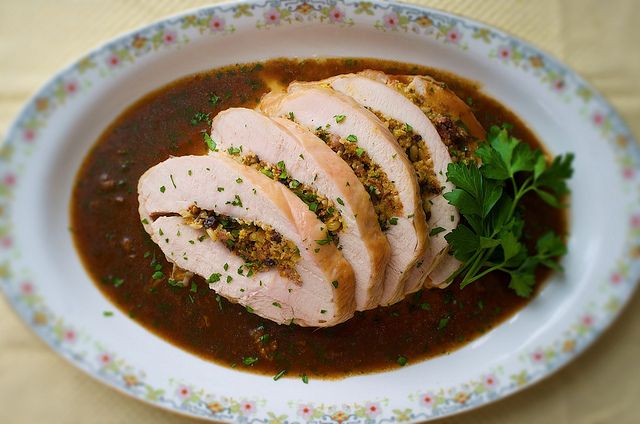 When it comes to this time of year, I am bored with food. I have eaten enough stew, ragu, and pot roast. I have even become weary of roast chicken. Lamb sounds good, but it has become too expensive. I have tackled a good portion of the venison in the freezer, along with the doves and rabbit.

But honestly, while my family and lots of people I know enjoy wild game, I have come to realize not many people are fans of eating animals they know and love from Disney movies. 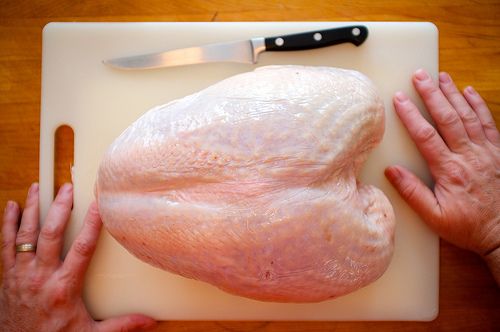 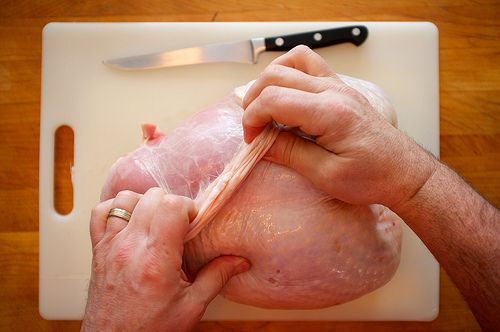 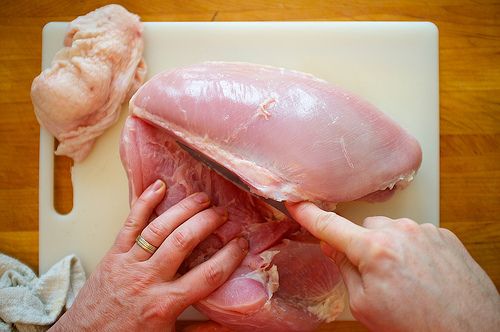 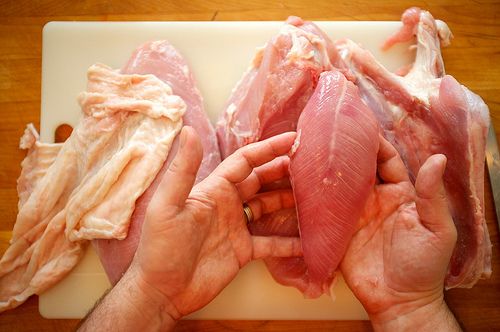 So when I spotted the beautiful turkey breast with its pale glistening skin under the curved glass of the butcher's case, I bought it. The price was right. It is a lot of meat though, 10 pounds, and I knew we wouldn't eat it all in one sitting.

It's one of the problems I think people have with turkey: because they are forced to gobble up vast quantities of leftovers in various forms over several consecutive days, all in a fight with Father Time who is insistent on turning your food dollars into dog food. 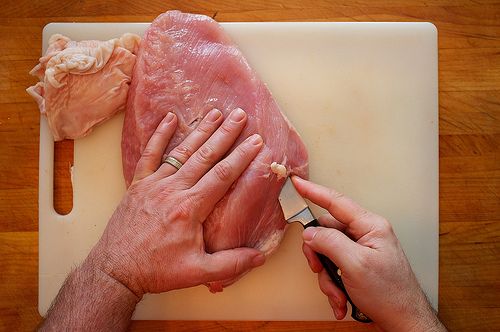 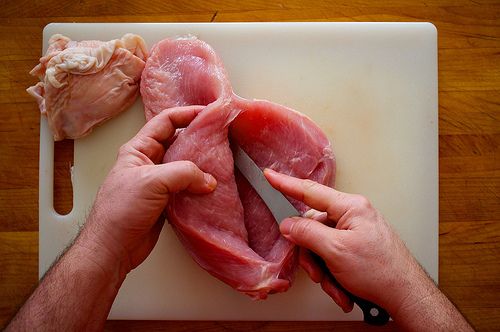 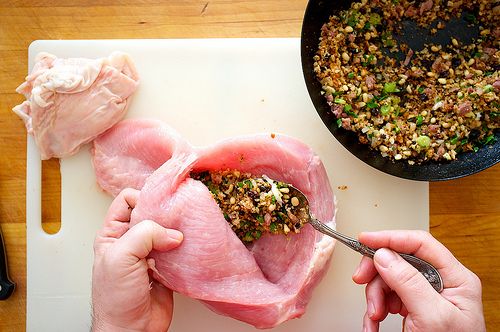 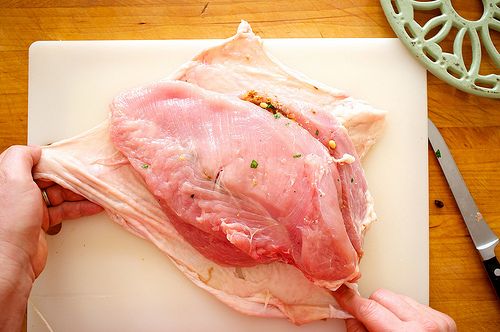 I have a way around this problem. I have a freezer of course and, while I don't want to fill it up with odd cuts that will never see the light of day again, I do like to use it for occasions like this. The two portions that will be frozen are relatively small and can be tucked away between the frozen strawberries and the peaches. I also know they will get used because they are quick to thaw and quick to cook. 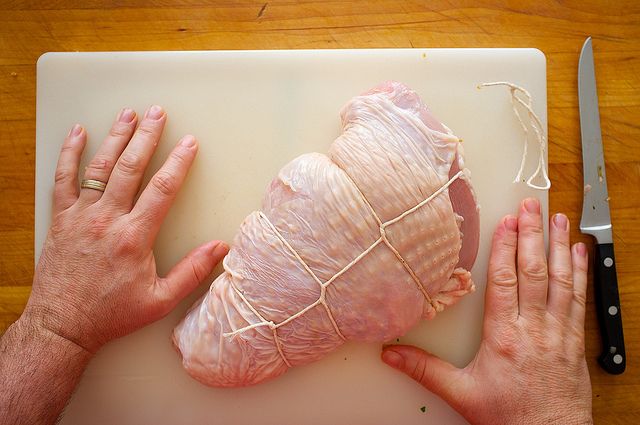 So with a minimum amount of knife skills I can get three separate dinners and a few lunches out of the breast of the bird. The wonderful part about this is you end up with cuts of turkey you can deal with. They are much easier to cook without drying out and you have options.

In fact, I often treat turkey like veal when I break it down in this fashion. You can cut a breast into scallopini, stuff one lobe of the breast very much like a veal breast, make turkey schnitzel, and even cook the tenderloins like a whole veal tenderloin. Albeit it is not veal, just like veggie patties aren't burgers. That is not what you are doing -- you aren't substituting, you are just referencing. Trust me, turkey can stand on its own two feet. 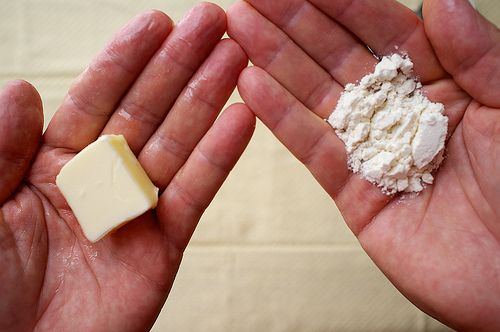 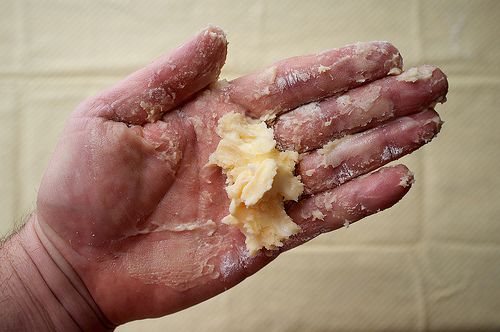 This is where I get frustrated. I hear people say, "I can't do this," or "This is too complicated." Bah, get in the kitchen and just do it. See, I think the misconception is if you make a time-consuming entree, the sides have to be complicated too.

Forget that idea. Make the sides simple -- say, steamed and buttered broccoli and some simple buttered parsley egg noodles would be great with this. Remember you are making a sauce which will mingle, and, in fact, likes to network with everything on the plate and is good at it. 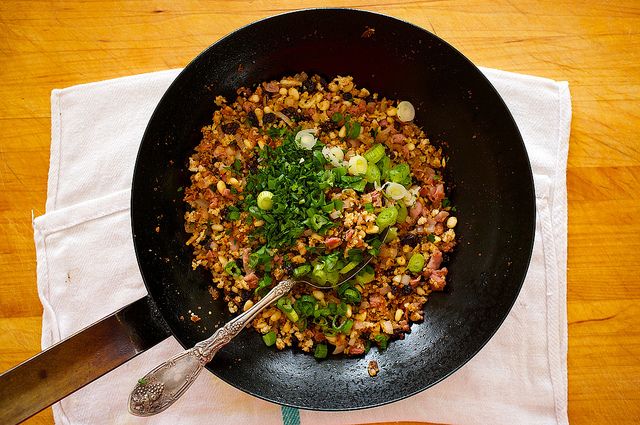 If you are afraid of butchering the damn thing, don't be. All you have to do is have a sharp fillet knife, use the breast bone as your guide, and keep your fingers out of blades way. Take your time, you're in no hurry. After all this isn't Top Chef, it's Sunday. 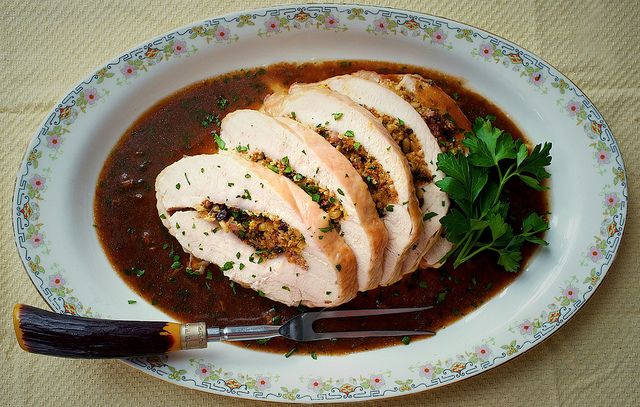 bluejeangourmet March 3, 2013
"Bah, get in the kitchen and just do it." Preach, sir! And thank you for making me consider turkey in a way I usually don't. I am in the same place re: what's been cleaned out of the deep freezer at this time of year, and new ideas are most welcome.