Ramps are elusive creatures -- staunchly seasonal, local and wild in ways few foods can claim to be anymore. After posting this week's contest theme, we realized that even among the fast-growing cult of ramp aficionados, questions remain about the coy little plants. To better understand them, we talked with Hubert McCabe, a seasoned ramp forager and farmer at Windfall Farms in Montgomery, New York. 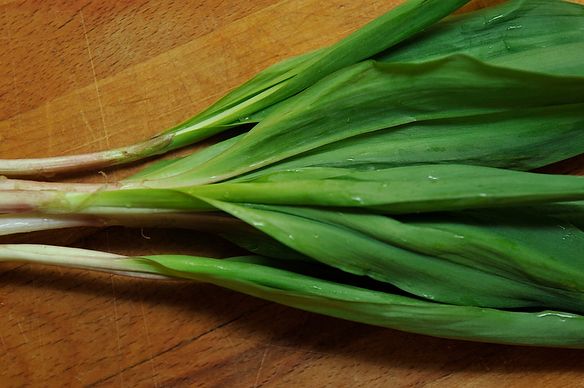 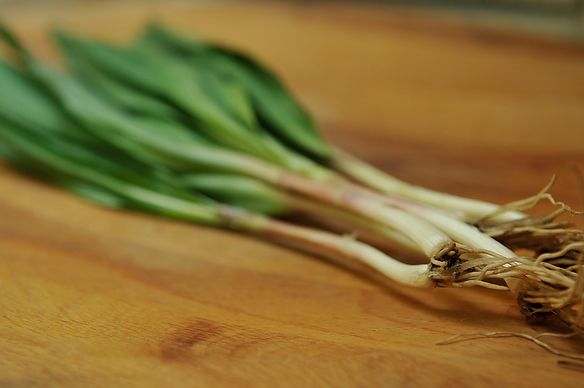 The entire length of a peak-season ramp (technically a wild leek) is tender and edible and has a more nuanced oniony quality than standard grocery store leeks. Ramps grow in wild clumps in the woods of the Eastern U.S. and don't take well to traditional farming. "They're like a present," McCabe says. "You stumble on them, and nobody will tell anybody else where their secret spots are."

But it's not difficult to spot them, if you know what to look for. Budding ramps are the first green growth of spring, when there's little other canopy or ground cover. McCabe notes they have an almost neon coloring compared to their surroundings, still in winter's lingering shades of brown.

They're now reaching the apex of their roughly 6-week season in the New York area -- the bulbs have swelled but the leaves are still tender. Within a couple weeks, the greens will become tougher and less palatable and the bulbs will split off into bulblets (like cloves of garlic) that will become next years' ramps. Because of this, McCabe stresses the importance of harvesting them sustainably, leaving enough behind to spur next season's crop. 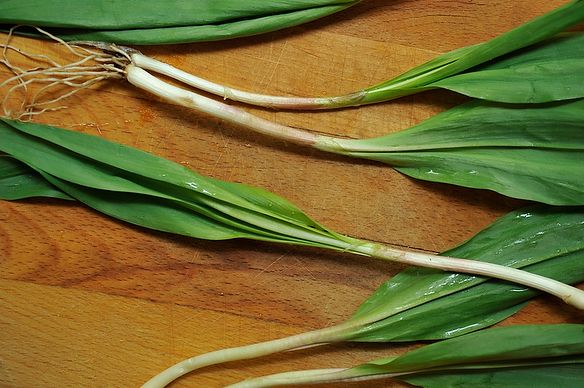 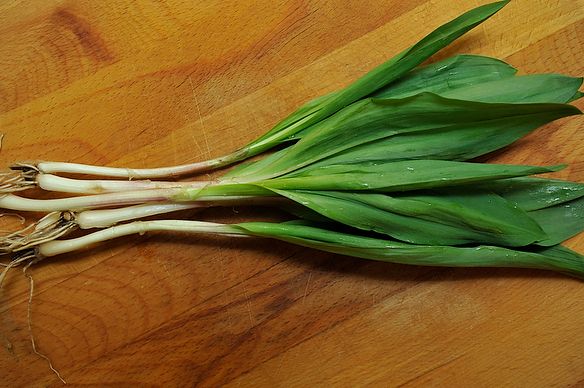 Each Wednesday and Saturday, McCabe and other farmers from Windfall bring upwards of 150 bunches of ramps to the Union Square Greenmarket in Manhattan, and at $5 a pop, they sell out by 11am. Chefs and savvy home cooks clamor for ramps as others would tickets to a Lady Gaga show or the last iPad.

"It's hilarious," McCabe says. "I think it's great, because it helps to further connect New Yorkers to the fact that they actually live in an environment. The very finite nature of ramps ties them to a distinct bioregion with distinct weather patterns, as opposed to when we get people asking about tomatoes on the first day of March. In that regard, I think it's fantastic."

In season, McCabe eats a lot of ramps. Here are a few of his favorite ways to prepare them:

And to preserve ramps beyond their all-too-short season, there's always Amanda's recipe for pickled ramps. See other inspired entries to our ramp-themed contest here.

CaseyAngelova May 4, 2010
I know these as wild garlic and found them in my shop here in Bulgaria. Are they the same as ramps?

Kristen M. May 4, 2010
Great question! Through the magic of Wikipedia, we have determined that ramps and wild garlic (also called ramsons) are related but slightly different. It seems you could cook them in many of the same ways though. (Here's the link: http://en.wikipedia.org/wiki/Ramsons) How have you seen wild garlic prepared in Bulgaria? Does it also have a very short season? Thanks for sharing!

ekpaster May 2, 2010
Ramps used to be a farmers' market only thing, but I saw them at Whole Foods the past two weeks. I am happy to try some new recipes using ramps!

mariaraynal May 1, 2010
I agree, excellent information. I've yet to find ramps in Michigan -- I hear in the Great Lakes area they're harvested a few weeks later and are called wild leeks, but I've not been able to confirm. Been planning to ask my onion guy at the farmers' market, but torrential weekend storms and my son's Little League games have foiled my market plans the last few weeks. Anyone here know?

MrsWheelbarrow April 30, 2010
This is great information. I've always wondered about ramps, as I thought they only grew in WV.