Today: Wines to drink alongside your entire mezze spread. 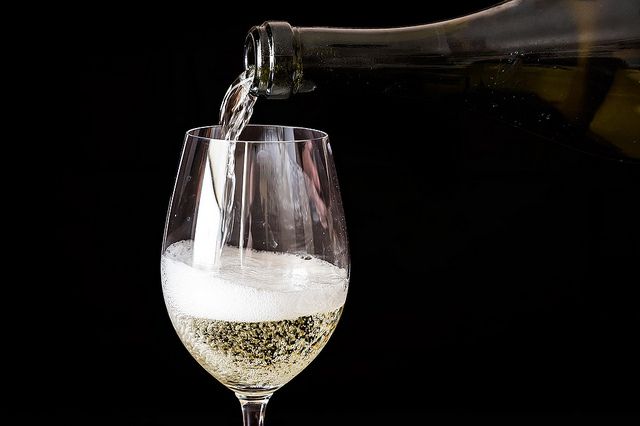 This week, Kristen shared a Genius Recipe for hummus, the classic Middle Eastern dish that’s at home on tables from New York to Jerusalem to Carthage and back.

Part of the pleasure and the charm of the Middle Eastern food culture is that a wide array of dishes are put out on the table at once. Each dish has distinct flavors, textures, and ingredients, which complicates the question of what wines to drink with this particular cuisine.

Rather than get tied up in the complication, do what locals do: go with a common denominator.

That’s the advice of Victor Schoenfeld, head winemaker at Golan Heights Winery in Israel. His recommendation for a “common denominator wine” for Middle Eastern mezze? Sparkling wine, because it’s a refreshing palate cleanser and because its high acidity can cut through the heat, oil, and saltiness that you’re likely to find on the table.

More: Throw a mezze party, on a weeknight.

Try his 2007 Blanc de Blanc, made of 100% Chardonnay. The grapes come from vineyards at a very high elevation, which gives the wine its sought-after acidity. But just because it can match with a number of foods doesn’t mean it’s a dumbed-down, one-size-fits-all wine. It has a lot of complexity to it -- you can smell aromas of pear, lemon, and flowers, for example -- but it’s delicate as well, making it a sophisticated and very agreeable choice.

Here are Schoenfeld’s recommendations for other popular Middle Eastern dishes. 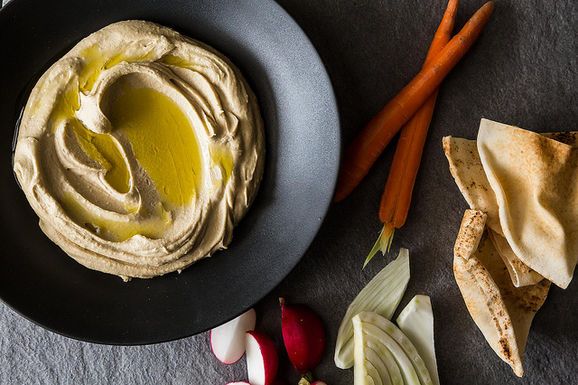 Hummus
“Hummus has a really earthy kind of flavor,” Schoenfeld says, “so I’d go for something to contrast it, like a bright Sauvignon Blanc.” Look for the 2011 Rock Hollow Winery from Santa Barbara, or try an Old World-style wine with the 2012 90+ Cellars Sancerre. 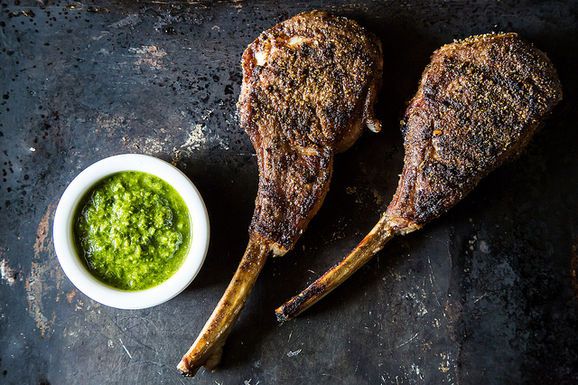 Grilled Lamb Chops
As far as Schoenfeld is concerned, lamb and Syrah have a very special relationship. “Earthy Syrah to go with earthy lamb,” he says. Yarden’s Syrah offers a unique twist on any Syrah, New World or Old World: it has a bit of pepper and spice that can easily be enhanced by the seasonings of the lamb dish. Or try Kerloo Cellars’ 2011 Majestic, a blend of Syrah, Grenache, and Mourvedre out of Washington State. 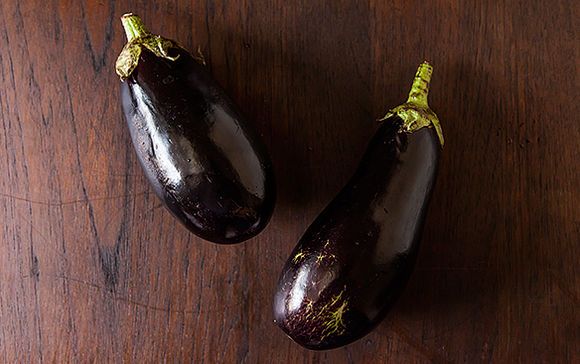 Eggplant
Go with Gewürtz -- short for Gewürtztraminer. “Gewürtztraminer normally has a little bitterness to it,” Schoenfeld says, “so you want to balance it with the bitterness of eggplant.” This one is a dream; and the bitterness, to my palate, is very secondary. Gewürtztraminer, with its very lively, spicy aroma, can also pair with hot red peppers and different variations of harissa.

Serve hummus as your main feature or use it as an anchor to your mezze -- either way, there are harmonious wine pairings to match. Tell us in the comments which work for you!

Soleil January 24, 2015
I love living in the Middle East...love the food, and love wine! Gratitude!

adam January 10, 2014
Great article and excellent wine recommendations (Granted we are a bit biased) Thank you.

dina.dunkelman July 16, 2013
I'm so glad to see food from Israel, and wines too, being discovered by the world. As a vegan, I feel so fortunate to live in Israel - it's a produce paradise for sure, especially with all those summer fruits popping up everywhere. We've got a lot to offer the world over here - you're welcome to try it all! :)

Cathy H. July 17, 2013
Thank you, Dina. I've visited Israel and completely agree! The very first memory that jumps to mind is the incredibly vivid fresh-squeezed pomegranate juice I bought from a street vendor. I felt the healthy jolt of that for the next three days! Are there any Israeli wines you especially like?