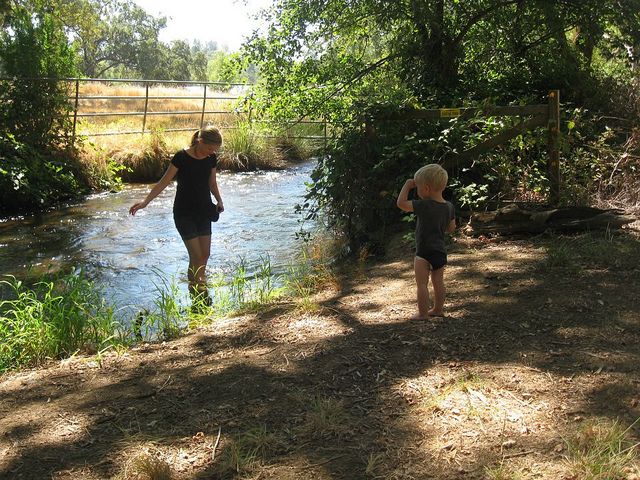 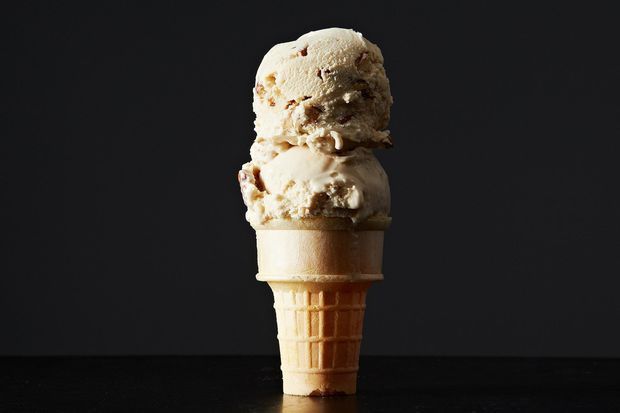 Describe an early food experience that has influenced the way you think about food and/or cooking.
I remember waking up earlier than usual for school some mornings to make myself breakfast at a young age. I'd take out the Bisquick. Frying the pancakes involved burnt butter, batter on the spatula, and wrinkled, runny, oddly-shaped results. When I would finally sit down to eat, my pancakes would be black, raw in the middle, and I'd be late to school (again!).

One day a friend from Girl Scouts invited me to sleep over at her house. In the morning, her mother asked if we would like crepes for breakfast. I didn’t know what crepes were. When she called us in for breakfast, she had set the beautiful, Craftsman-style breakfast nook table with fancy, imported preserves, whipped cream, strawberries, and a plate full of the thinnest, laciest, largest pancakes I had ever seen.

Experiences like that have spurred me to make a place for good cooking in my life -- to become efficient and experienced enough to reliably put a good meal on the table. Now, it feels amazing to easily flip golden, fluffy pancakes onto the plate every time and I’m happy to report that when we have crepes for breakfast, the preserves are homemade.

What's your least favorite kitchen task?
Walking into a messy kitchen to cook breakfast (or dinner, while holding a squirmy baby) has to be my least favorite thing ever. In terms of actual tasks, it’s usually just a matter of getting the knack. Pretty much every unfamiliar technique -- especially messy, time-consuming small things with multiple components like Asian dumplings -- is my least favorite until I make the dish a few times in a week. Then it becomes second nature and it isn’t daunting anymore. Some things have never gotten quicker, like deveining shrimp and shelling pistachios. I like a lot of return, volume-wise, for my labor.

Your favorite kitchen tool?
Certainly my fanciest tool is the Kitchen Aid mixer that my parents gave me for my twelfth birthday. I love it. My other favorites are a cast-iron skillet from my husband’s great-grandfather and a really flexible vintage spring-tempered steel spatula.

What is your idea of comfort food?
Next to graham crackers and milk, the homiest food I can imagine is a garlicky broth simmering on the stove and served in shallow white bowls, full of things like summer squash, basil, tomatoes, and fusilli. Who knows why, since that’s not my family’s food vernacular in any way. Now that I’m married, I cook as much rustic summer food as I want. Also, anything involving pastry, with pastry cream and/or stone fruit. We’re not always rustic up in here.

What is your greatest kitchen disaster?
I’ve never set anything on fire or anything like that, but making potato soup when I was a child (from Kirsten’s American Girl Cookbook) was pretty ghastly -- there were potato peel scraps all over the cutting board, the stove, and the floor. It was awful. Emily, our baby-sitter, came over and saved the day; in minutes, she had the soup simmering. I can still see my bowl of soup at dinner that night -- it tasted good and I was very surprised. Now I am married to Emily’s older brother, and he still remembers hearing her tell about this when it happened.

sofia J. August 6, 2013
This entry sounds like my daughter all the way to the Girl Scout cookbook!! She is married now cooks better,too

Greenstuff July 25, 2013
Wonderful story telling, here and in your recipe headnote. Your link to a real, live American Girl who "saved the day" not only gave me a chuckle, it sent me off to dig out my own grown-up daughter's American Girl cookbook collection. Congratulations on your win, and I'll look forward to seeing more of your recipes.