Port: More Than an After-Dinner Drink

Today: The drink you thought was reserved for after dinner isn't -- here's how to enjoy it. 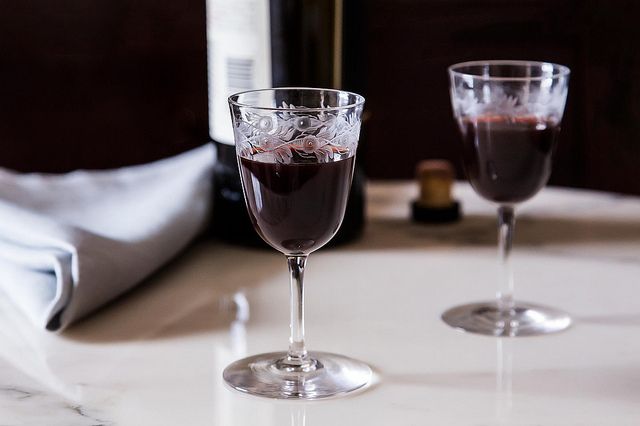 In my book, Port wine falls squarely in the chapter titled Misunderstood. Common assumptions about the profile of a Port drinker call to mind grandparents, sipping on the ruby wine with a bit of chocolate after dinner.

But the reality is that today, Port producers are generating so many different options that sticking to tradition can feel wildly outdated. Some seven or eight brands now even produce Port wines that are pink, and sales of white Port (which is most often drunk before dinner) are on the rise. Most of the major Port producers are also creating portfolios of Port cocktails -- like a Port and tonic with a twist of orange -- that are purposely intended as aperitifs. Surprised? I was too.

But what’s more surprising is the range of flavors, textures, and colors you notice when faced with a tasting of three different Port wines; and that variety blows the door wide open on food options to pair alongside any one of them. Here are some ideas for experimenting.

White Port
Long considered an inferior product, white Port is making a strong comeback with increases in production and popularity. Try the Kopke line, ideally the one that’s been aged for 20 years; it will be more developed than the 10-year old bottle. If you’re drinking it as an aperitif, simply lay out some dried fruits, or take it a few steps further with this recipe for poached dried apricots and plums. If you’re drinking the white Port with dessert, it’s lovely with crème brûlée. Or, for a totally unexpected non-dessert option, try it with foie gras. 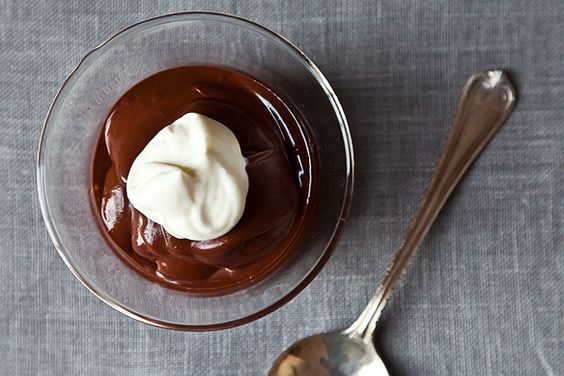 Ruby Port
Ruby Port is probably closest to what you’ve experienced as Port: it’s similar to a red wine, and looks the most like a red wine, but it tastes sweeter. If you go with a traditional chocolate pairing, make it luxurious with Hervé This’ Chocolate Mousse, or else the crowd-pleasing Chocolate Dump-It Cake from Amanda’s mother. Graham’s Ruby Port is a reliable, easily-available option. 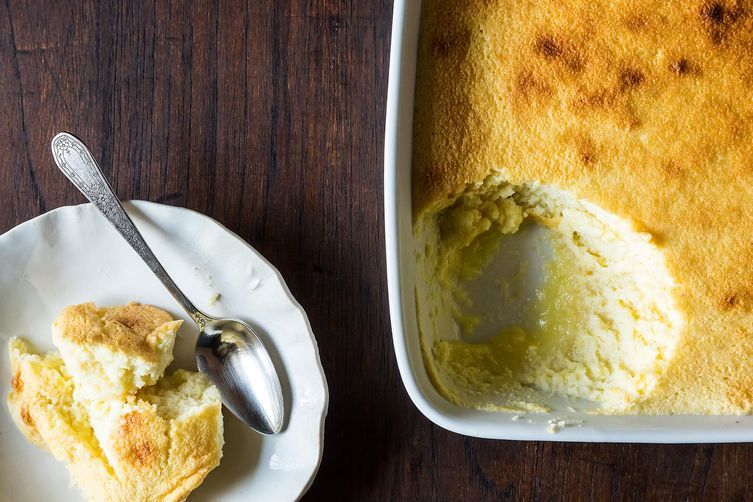 Tawny Port
For food pairings with tawny Ports, you can dive into one aspect of the unique tradition of Port production in Portugal. Egg whites have long been used as a fining agent in wine, to remove impurities; and Port producers in Portugal have a tradition of donating the left-over egg yolks to local convents and schools who would then use them to cook various savory foods, desserts, and puddings for the children in their care. The 20-year old Tawny Port from Sandeman, for example, is harmonious with pudding. If you serve it as an aperitif, try salty starters like salted almonds and blue cheese.

Let us know in the comments what works for you!

TerryKes July 26, 2013
Hey there! Sorry I missed your question! I got my barrel from 1000oaksbarrel.com. Also, dear husband corrected me,we didn't get the 20 liter (5 gal), we got the 5 liter! Big difference! This size does hold a near case of port , note the barrel size can look deceiving, it holds much more than it looks. This fits on a shelf or counter nicely. Keep it a bit out of sight so you aren't as tempted to embibe before it is ready. This company sells the barrel prep kits, stands, whatever you need. They're helpful if you want to age whiskey, etc., as well.

Cathy H. July 26, 2013
Ha! Love your little miscalculation :-) and especially your hands-on advice. Thanks very much! This is a topic we may need to revisit come holiday and gift-giving time...

TerryKes July 26, 2013
I've never tried, and I don't know if we can, but can we upload pictures? If so, I'd be happy to send in a pic of my set up. And yes, do remind us this fall how sharing our own secret stashes make for wonderful and special gifts.

Kenzi W. July 26, 2013
I wish we all could in a broader way, but for now the only place to upload photos is on a recipe page. Of course, that shouldn't stop you from sending a blog link, or reaching out to Cathy or any one of us directly with photos if you like!

Dana S. July 18, 2013
I had port for the first time last weekend, and I completely loved it. I always equated it with something elderly gentlemen drank in old movies, like Colonel Pickering in My Fair Lady. But after trying two kinds of port - one a Tawny - I added it to my list of drinks to enjoy again. Great article, so informative for someone new to the drink!

Cathy H. July 18, 2013
I know exactly what you mean! The range of options really is surprising, and each one would evolve over time and show different features of itself depending on what food you serve with it or what time of the day you try it. Have so much fun experimenting, and be sure to report back!

TerryKes July 18, 2013
We love tawny port. I actually purchase a middle of the road port by the case and age it in our oak barrel. It turns a middle of the road port into a delightfully smooth and rich port that competes very well with the more expensive ports. I've never considered trying ours with a pudding, though! It's typically an after dinner drink or a night cap.

Cathy H. July 18, 2013
Wow! Your own oak barrel? That sounds amazing! It's such a personal (and wonderfully traditional) twist to the whole experience. Port producers themselves seem to be inviting consumers to break away from any conventional associations with the drink. With so many options today, Port is only as boring as we allow it to be. Thank you for sharing, and please let us know how *your* Port tastes with pudding!

Greenstuff July 19, 2013
How long to you typically keep it in the oak?

Cathy H. July 19, 2013
I can't speak for Terry -- though I hope she lets us know her answer to your question! -- but for tawny Port in general, it spends at least two years in oak barrels. That's when there's no indication of age on the label of the bottle. When the bottle does have an age indication, the categories are 10, 20, 30, and 40+ years.

TerryKes July 19, 2013
Well, I have to say the biggest difficulty I/we have in aging our port is our own impatience. When we initially got the small (20 liter) barrel, we filled it (you have to give it space inside, so not to the opening) and aged it just under one year. As we pour out, we add back in. We've talked multiple times about getting a second barrel, just so we can perhaps have it age longer. The difference in even a few months is dramatic. If you've ever had a good, aged port and you loved it, then I encourage you to invest in your own barrel. The savings in your own aged port, vs. buying "the good stuff" is significant - plus, it makes you very popular with your friends, especially around the holidays!

Cathy H. July 19, 2013
This is the best holiday gift idea I've seen in YEARS… Where did you find/buy your own barrel?