fisheri won the contest for Your Best Summer Fish Recipe with The (Not Barefoot) Contessa's Fish Pasta. 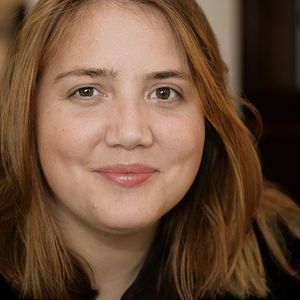 What is the dish that you are best known for among friends and family?

Probably oatmeal cookies, which tells you something about my family, because I used to make them all the time in HIGH SCHOOL (which, um, was not yesterday).

Describe a memory that has influenced the way you cook or think about food.

We spent many summers of my childhood in Paris and the South of France. My dad's family is French, and my parents are both huge francophiles. They brought 4 and 5 year old me to every restaurant (except Robuchon. No, I'm not bitter) and I ate and enjoyed the food, even though it wasn't typical "kid food." I think this experience caused me to value diversity and excitement in my food. OI never went through a phase where I only ate pizza and chicken fingers, and now that I have my own small daughter, I offer her things most people wouldn't consider giving a child (not that she eats most of them, but I have faith that she will.)

It involves a lot of cheese.

I was hosting my first Thanksgiving in my tiny Manhattan apartment. My parents had flown in from California, my in laws were coming, and we had friends as well. And I, of course, being a culinary whiz, decided to brine the turkey. I've forgotten how I managed the brining process, which involves giant tubs full of salt water that must stay refrigerated, given that I had a miniature kitchen and a miniature refrigerator (I think the balcony and the frigid outdoor temperatures were involved), but I roasted the turkey for the prescribed amount of time, confirmed the temperature with my thermometer, and carried it, triumphant, to the table for my father to carve. He started in with my beautiful antique silver carving knife (a wedding gift) and then called me over to whisper, "This turkey isn't cooked!" Sure enough, whether it was the brining or a fault in the thermometer, the turkey was pink pink pink at the joints, and there was blood on the bone. Fortunately, my mother remained coolheaded, and we whisked the turkey off to the kitchen "to arrange on a platter", and, with the aid of the microwave, got the pieces cooked enough that nobody was in serious danger of food poisoning.

Now I only dry brine.

If you were able to plant something in the White House garden, what would it be?

Blueberries. Native to North America and great eating to boot.

The sounds of the Leapfrog learning barn which sticks to the refrigerator and plays electronic banjo music and keeps the 2 year old out of my hair. Or if the toddler is otherwise occupied, a lot of old French pop, like Charles Trenet and Edith Piaf.

I should wear an apron. Thank goodness for oxyclean!

If you had to choose the cuisine of one country (other than the U.S.) to cook and eat for the rest of your life, what would it be and why?

France, because with 400 different varieties of cheese, how could you go wrong? Seriously though, it's the food I grew up with and I love that you can get the haute cuisine of the cities, the clean flavors from the South, the hearty richness from the Alpine and Savoy regions and raw oysters all in one country.

a and b, preferably together.

Definitely c, but the spouse is rarely down with that, so in practice it's b.

What is the dish that you are best known for among friends and family?

A tuna pasta that evolved over a decade that has now settled into soothingly predictable comfort food.

Describe a memory that has influenced the way you cook or think about food.

I grew up in a big house with lots of kids and people who just stayed with us. At one point my mother was cooking every night for 16 people. Her father was Italian, so she cooked big buckets of pasta and trays of lasagne. I guess the impression left is the goal of pleasing both children and adults -- as well as a lot of them.

When we lived in Italy, an Italian friend thought it would be amusing if the American attempted to make carbonara for an entire household, a dozen kids and more adults both American and Italian. I said I couldn't do it. For various reasons, I was forced. I made it in two or three batches, each one about the same: texture horrible, scrambled eggy, taste reasonably good. Didnt matter. Kids chowed down. American adults ate politely. Italians all declined, rightly.

Don't but intend to start soon. Too many shirts ruined.

If you had to choose the cuisine of one country (other than the U.S.) to cook and eat for the rest of your life, what would it be and why?

The easy choice but all I really know: Italian because it's simple and flexible and, done well, pleases everyone.

c. Leave the kitchen a shambles for your spouse/roommate/kids to clean.

Rhonda35 September 13, 2009
Your peach cake is unbelievable - yum! I've made it so many times I can now do it blindfolded!