Congratulations to The Internet Cooking Princess, who won this week's contest for Your Best Summer Squash Recipe with Summer Squash Couscous with Sultanas, Pistachios and Mint. 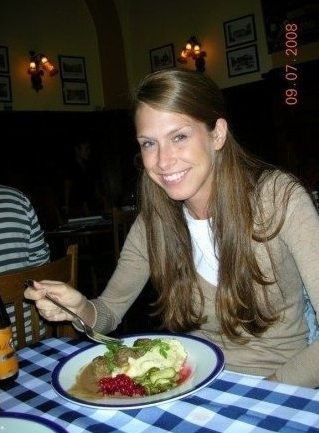 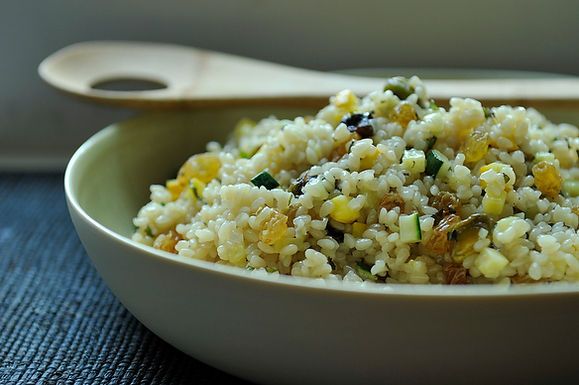 Q&A with The Internet Cooking Princess

Describe an early food experience that has influenced the way you think about food and/or cooking.
After I got over being a picky eater (it took about 14 years), I decided I was going to make my parents a romantic dinner on my own. My menu was very basic: garlic bread and linguini with a red clam sauce. I'd barely cooked before that point, and cooking with clams and making my own sauce from scratch felt like a total adventure.

What's your least favorite food?
Fennel. I've tried, but I can't think of anything else I like less than fennel. In fact, any recipe called for it is an automatic deal killer for me.

What is the best thing you've made so far this year?
Julia Child's chocolate almond cake. I had to throw it away half way through to prevent myself from eating the entire thing.

Describe your most spectacular kitchen disaster.
Earlier this year, I made an attempt at beef stroganoff. Unfortunately, I had a cold and was not able to decipher that the beef was, err, not so fresh. My boyfriend took the first bite and has since sworn off beef stroganoff forever. Even hearing the words make him shudder.

What is your idea of comfort food?
I tend to like things that you can serve in one bowl, hug to your chest, and let the steam waft over your face a little bit, like a bowl of macaroni and cheese or soup.

Apron or no apron?
I'm a sucker for aprons...and matching tea towels and oven mitts. It's turned into a bad habit.

What's your favorite food-related scene in a movie?
I love the scene from Hook where the lost boys suddenly imagine an enormous dinner sprawl, "neverfoods" as they call them. The food looks totally disgusting, but the scene just exudes joy and how much happiness a good meal and company can bring.

If you could make a show-stopping dinner for one person, living or dead, who would it be?
Queen Elizabeth, I really admire her and would love to show off some of the quintessential British recipes I learned abroad.

You prefer to cook: a. alone, b. with others, c. it depends on your mood
Alone, although occasionally I'll ask for help!

When it comes to tidying up, you usually: a. clean as you cook, b. do all the dishes once you've finished cooking, c. leave the kitchen a shambles for your spouse/roommate/kids to clean.
Clean as I cook...although I tend to leave the big pots and pans for the boyfriend. 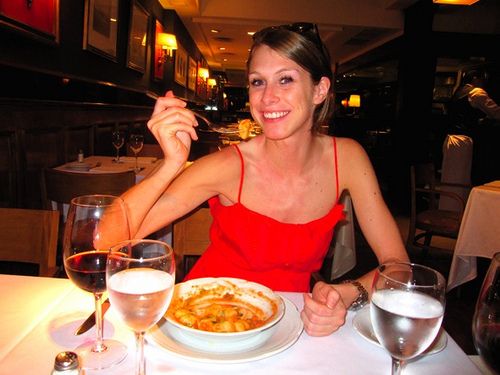 Sagegreen July 15, 2010
Thanks for a great recipe. And what a fun interview to read as well!

Susan D. July 14, 2010
Congratulatons Meredith! You are very deserving of this win. It's a great dish!

MrsWheelbarrow July 14, 2010
Great recipe, ICP! I can't wait to give it a try this weekend. I've got an avalanche of zucchini to deal with.

Kitchen B. July 14, 2010
What a delightful and gorgeous looking dish. Congratulations!

drbabs July 14, 2010
Congratulations! Am on my way to buy the ingredients to make this for the family tonight!

theicp July 14, 2010
So excited - thank you!! I failed to do two things in my Q&A (1) proofread and (2) thank aforementioned boyfriend for always graciously volunteering for pot and pan duty. (Thanks ICB!)

aargersi July 14, 2010
Congratulations ICP! Love the Q&A and the pix of you in front of assorted bowls of food ...