Today: We're peeking into the world of Renaissance cookery, starting with the first Celebrity Chef -- Maestro Martino of Como. 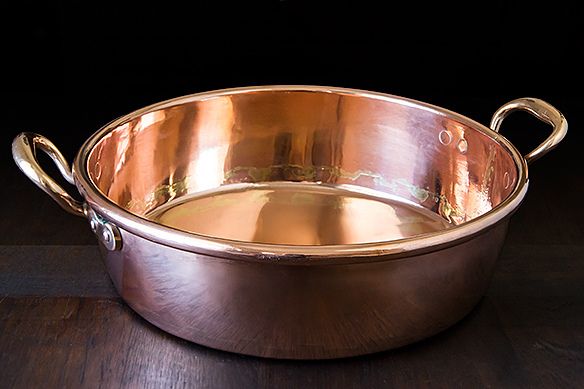 Martino de Rossi, a.k.a. Maestro Martino of Como, was known as the “Prince of Cooks” during the Italian Renaissance. Details of his life are scarce. Born in the 1420s or 1430s in Northern Italy, Martino moved to Milan in 1457 to cook for its Duke. Five years later, he popped up in Rome, cooking for the one of the Pope’s closest advisers, Cardinal Trevisan, nicknamed “Lucullus” (a Roman general known for his luxurious banquets). Like many Renaissance power players, the Cardinal enhanced (and insured) his reputation by throwing opulent banquets and receptions at the Vatican. There, Martino became famous -- praised as an unrivaled culinary expert for his creativity, skill at improvising new dishes, and modern twists on traditional recipes.

Maestro Martino published Libro de Arte Coquinaria (The Art of Cooking) around 1465. It’s fascinating as both a glimpse into the world of Renaissance cookery, and as the first "modern” cookbook. Back then, culinary guides were just lists of recipes, designed to jog the memories of cooks who already knew them. But The Art of Cooking was revolutionary for specifying ingredients, amounts, techniques, utensils, and cooking times. Martino’s opus even includes expert tips like “How to Determine Whether a Cow’s Udder Is Good” (not too fatty, reddish in color; cook it like prosciutto).

His recipes vary from humble ("Cooking Squash”) to head-scratching ("Hemp Seed Pottage," “Eel Torte”), along with a few showstoppers like "How to Dress a Peacock With All Its Feathers, So That When Cooked, It Appears to Be Alive and Spews Fire From Its Beak."

Modern readers may be surprised how many meat, fish, and pasta recipes call for cinnamon, raisins, almonds, and sprinklings of sugar, though such ingredients had been common in those dishes since the medieval era. Many call for acidity via splashes of vinegar or verjus (sour fruit juice). And there are some funny asides, like “Octopus is a vile fish of little worth; cook it however you wish.”

Some of The Art of Cooking’s most charming recipes might be its simplest, like Eggs Coddled in Their Shells: “Place fresh eggs in cold water and boil them for the time it takes you to say a Lord’s Prayer, or a little bit longer, and remove.”

Debbie H. February 24, 2014
Love the history of food and the true impact it has on all we do socially, emotionally and overall how it's history shapes what we do and that we think we are adventurous until you research and find out that the food eaten in previous years was really adevnturous. Keep these articles coming. Wonderful

[email protected] February 23, 2014
where can I find the recipes in English? DO you happen to know where else I can find other Medieval recipes Thanks
Author Comment