I Can Think of Another Word for Food Dudes

Our software engineer (and avid home cook) Michael Hoffman wrote a response to yesterday's Grub Street article "Help! There's a Doodie in My Kitchen." Here's what he has to say about it. 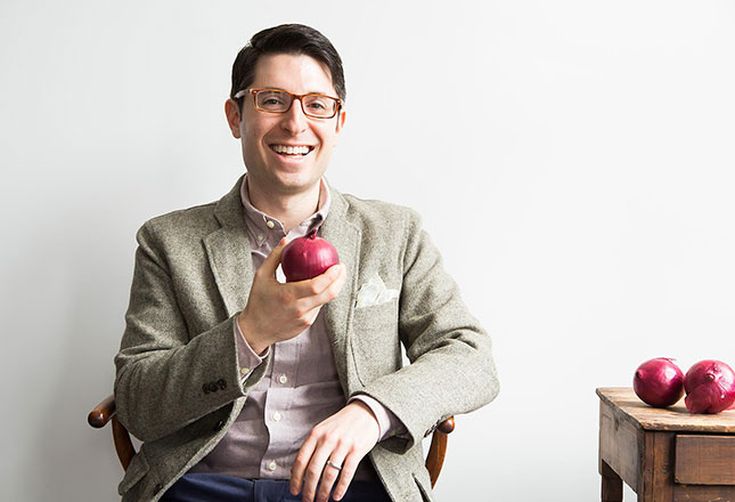 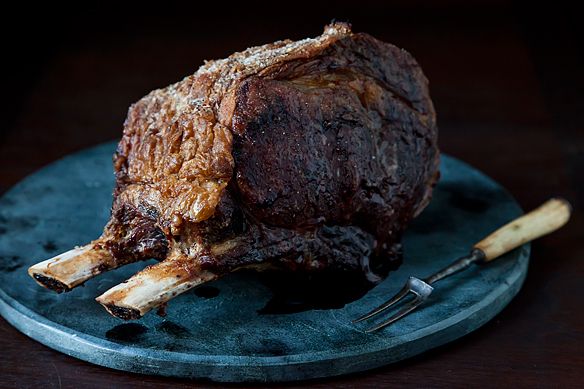 Yesterday I learned a new term on Grub Street: “food dude”, or “doodie." Apparently, a food dude “Has Heat or Fergus Henderson's Complete Nose to Tail on his bookshelf. Can sustain a remarkably long conversation about knives. Is super into his grill. Likes pour-over coffee. Is, at this moment, really excited about ramps.”

And, crucially, the food dude is male.

Hey, that could be me! I’ve cured and smoked my own bacon. I’ve got ramps in my fridge right now (and I’m pretty juiced about it). I’ve got more than three kinds of ice cube (and sphere!) molds for cocktails. And coffee? Let me tell you about some cuppings I’ve attended.

But please don’t call me a food dude. Because the food dude is an asshole. Let’s go down the list:

He never puts out snacks even though dinner won’t be ready for five hours. Asshole.

He publicly declares that his ex-girlfriend “fancied herself a good cook…But I was better." Asshole.

He yells “Where is my motherfucking Microplane?!” Asshole.

He is “‘always sort of correcting’ his wife when they cook together." He cooks what he wants, when he wants, with no regard for the needs and desires of others. What an asshole!

The food dude is nothing new. He’s just a jerk who learned to cook. He’s taken what could be a force for good—feeding loved ones well—and made it into yet another thing that he can claim to be better at than his wife or girlfriend. (Apparently, food dudes are all heterosexual, too.)

Here’s what the food dude doesn’t do: He doesn’t spend his Sunday afternoon planning practical dinners for the week; he doesn’t make sure there’s milk in the fridge; he doesn’t make something the baby is going to eat. He might as well be building train sets in the basement. Even for people like us who love doing it, getting dinner on the table is, among many other things, a chore. And guess who’s doing the chores at Food Dude’s place? Women.

I know what I’m talking about because I have been asked, politely, if it’s really necessary to have bacon, cheese, and cream in a Tuesday night dinner. I have spent twenty minutes making a seven-ingredient cocktail when I know my wife just wants a whiskey sour, like, now. This doesn’t make me a terrible guy, but I wouldn’t brag about it either.

These days it’s cool for men to cook. More and more of us are doing it, which is great, except that this trend isn’t always leading to a more equal division of labor at home. Men, women, jerks, normals—we can all enjoy obsessing over elaborate projects, but that’s not the only measure of a cook. A great cook can make something exceptional out of two or three simple ingredients. A great cook can make a satisfying meal in half an hour from what’s left in the pantry. And the most pleasurable part of cooking isn’t the glory of topping yourself or your peers, it’s making people full and happy.

The food dude is an illusion. We can all enjoy braising hulking cuts of meat. Let's just be kind to one another and do it ahead of time. No one wants to eat dinner at midnight.

michaelshoffman.com
I used to be a software engineer at Food52. Now I'm just a super fan.

klrcon May 9, 2014
Dude! Great piece and thank you so much for saying this because you are exactly right. I come from a restaurant family and so I know first hand there are many men like my relatives who are genuinely talented cooks and understand what it takes to put a family meal on the table.
But, alas, I am also single and I have to date in this brave new world of food dudes and argh!!!! I can't tell you how annoying it is to be patronized by men who fancy themselves great cooks - and well, aren't. In fact, the worst meals of my life, hands down, have been prepared for me by food dudes trying to impress me with their cooking skills. So much so that I pretty much run for the hills whenever a potential date starts talking about how much they love to cook.
So thanks for the chuckle.

Elizabeth S. May 9, 2014
Thank you for saying this! The original article really rubbed me the wrong way. I'm a woman, and I LOVE cooking, and my favorite parts tend to be the ones the author is trying to reserve specifically for men. Knives? Hot flames? Lots of spice? Complicated obscure recipes? Sounds great. Just because I have a female body doesn't mean I am any more interested in "nurturing" or making salads in mason jars or freaking cupcakes or whatever it is he thinks women excel at. I wager he never actually notices the work of a female cook anyway. It's real easy to claim something as your territory if you just willfully ignore all the people who are already there, I guess?

Serena M. May 8, 2014
Hahaha this piece is hilarious and so true. You may be a bit of a food dude but the self irony redeems you (a little bit).

Girl I. May 8, 2014
Ha ha!!! Laughing whilst I read these words so much! When my other half cooks, it's the exact train wreck as you describe. More like a 10pm dinner, but yes...the dishes, spills on the floor, the multiple packets of every single ingredient, jar and bowl...the list goes on!!! ;) Want more stories like this please!

Greenstuff May 8, 2014
Forget thinking about a MAN who can COOK. How about a SOFTWARE ENGINEER who can WRITE?!! I'm looking forward to Michael Hoffman's next piece.

LucyS May 8, 2014
I appreciate this response, particularly, "he's nothing new, he's a jerk who learned how to cook." And it has nothing to do with the fact that he's (OMG) a MAN who COOKS. 'Women cook to nurture, men cook to be competitive' is such unoriginal bullshit. The food dude acts like an asshole because he's an asshole, which is an equal opportunity position for all gender identities.

Israel C. May 8, 2014
Well said! I fall soundly in the "food is love" camp and, though I do occasionally enjoy geeking out when I cook, I'm fairly certain my wife appreciates the simple, healthy meals I put on the table, on average, five nights a week.

Thank you, Michael, this article and all the bad words put a smile on my face.

lyndsay S. May 8, 2014
ugh. what a brutal grubstreet article. i used to subscribe to food and wine, then i switched to bon appetit... but i really do notice it being very male-centric and "cool guy" and making the reader feel like they're not quite cool enough. after reading the editor's gross quotes, maybe it's time to switch it up again. loved this post, michael - thanks!

Jacqueline May 8, 2014
The Grubstreet piece... sigh. This, on the other hand, is a reason to go shake up a whiskey sour and do a happy dance. Thanks, Michael!