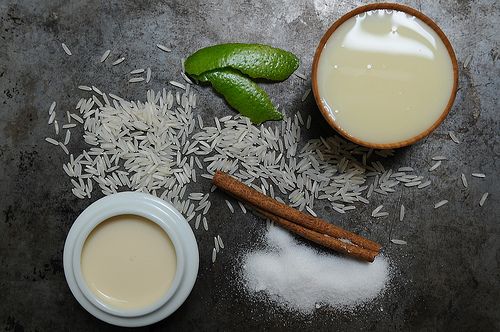 WARNING: The specific use of this recipe in the manner described in this blog should be reserved for emergency situations only, including but not limited to:

1. Your seven-year-old child strategically hides a tomato in a piece of furniture you intended to sell, leaving behind stringy goo and a stench so powerful it could only be removed by a potent cleaner that some websites claim causes infertility, which might not be such a bad thing since perhaps you have given the world all the fruit vagrants it needs.

2. You endure an incident at work so enraging that you wake up three nights in a row at 2 AM and punch a large magenta bear so violently that its stuffing shreds. You then stare at aggrieved aforementioned child and say, “I really don’t know what happened there but you know the spiders in this town are pretty aggressive. Would you like some ice cream before dinner?”

3. Your spouse calls you from your new home 2,955 miles away, a house you have seen once for exactly seven minutes and says, “All the paint colors you picked are too dark. What should I do about it?”

Normally after a week like that, I like my dinner a little more liquid (equal parts elderflower liqueur and Champagne with a dash of brandy, thanks for asking). But rage needs comfort food. This means rice pudding. For dinner.

I originally turned to Sonia's Rice Pudding because I was looking for ways to cook down the stuff in my pantry before I move (more on that strategy next week). I have lots of rice, and, somewhat inexplicably, cans of sweetened condensed milk.

I confess the beautiful and talented mrslarkin stumped me a little with some of the directions. I wasn’t sure, for instance, what size cans of evaporated and condensed milk should be used, whether or not I should continue to leave the lid on my pot as my rice steeped, or how long the whole thing should cook. Ten minutes? Ten hours? I don’t think I have ever actually made stove top rice confections.

I instantly pinged a colleague and friend who is a rice pudding aficionado, who for some weird reason thought it was far more important to meet a crushing editorial deadline concerning gay marriage than advise me on my inability to read a recipe. “Just put some cardamom in and forget it, there is no way to mess up rice pudding,” he wrote back. Okay so he used a few profanities. But this is a family blog!

I then realized that what mrslarkin was doing here was being overly scrupulous in basically describing how to make rice, with sweet stuff poured on top.

First, you are going to want a nice large saucepan. I got the whole show going with jasmine rice, because I had a lot of it, and was immediately rewarded with a lovely soft smell bubbling under the steamy lid. Under that were hints of cinnamon, present but fleeting, like one of those sneaky cats that hides behind the kitchen door.

Once it got boiling, I turned my heat down and waited patiently for it to absorb -- go rice go! -– but was careful not to let it get gummy, as that can happen quickly. Next it was time for the milks. I had a 12-ounce can of evaporated milk and two 14-ounces cans of the condensed; I started with just one and found it plenty. More I think would make the dish overly-sweet, and a bit milk-logged.

I sat in my dark kitchen (I wasn’t trying to be romantic or anything; all the light bulbs have burned out and I don’t feel like buying new ones), slowly licking my creation off the back of a wooden spoon. I was suddenly hit with something I believe emotionally healthy adults refer to as perspective.

I had a bad week. Someone else’s was worse. I have two healthy children to hide fruits and vegetables from me. I have a job, whatever its flaws, which helps pay for the soon-to-be-disgracefully painted house. Unlike 98 percent of Los Angeles, I also have rice pudding for dinner.

1. Place the rice in the water with the cinnamon sticks, lime peel (cut the lime peel in such a way that it falls apart in pieces), a pinch of salt and let it cook. At first, the flame should be medium and when it’s really boiling lower the flame, but not extremely low. It cooks covered, but when it begins to boil it rises and the flame should be lowered so that it does not overflow, but let it thicken.

2. When the rice is soft and almost dry, but without waiting until it is completely dry, you add the evaporated milk, the condensed milk and the ½ cup of sugar. If you think it is not sufficiently sweet, add some more sugar. Mix with wooden spoon a few times and leave it a few minutes. You want it to be wet but not watery.

3. When you place the mixture on the serving bowl or deep serving dish, sprinkle generously with powder cinnamon.

4. Let it cool or refrigerate for later use, and enjoy!

I_Fortuna July 3, 2013
Gracious rice pudding
No one knows how I love thee
How sweet! tiny grains

For all your sweetness
A sugar coma awaits
No more here, so sad!

Here is your haiku. I love rice pudding but, alas, we are diabetic. Thanks for the visual food though. I ate with my eyes. Hope you like the haiku. : )

Shayla August 16, 2010
I believe all perfectly tasting gooey rich rice pudding is sent from heaven to make the world a better place.

ejm August 10, 2010
Oh so good, and so very easy - just the thing to ease whatever stress your day has brought! Thanks for the post, the story and passing on the recipe. The lime makes it!

drbabs August 9, 2010
Sometimes it takes a bad week to put things in perspective. I hope your move goes well. Maybe the colors really aren't too dark. And it sounds like you needed that magenta bear more than your 7 year old did. Hang in there, Jenny.

Kitchen B. August 9, 2010
You made me laugh. Sometimes I have those weeks when no stars are aligned and I wonder why. The afternoon you get a parking ticket and are so upset, when you drive home you run over your son's wooden training bike, in full view of an entire street of children and your 3 year old son repeatedly saying, ' Mama, you're naughty'. But the weeks following have been tempered with lots of nice happenings......Take it easy and enjoy your move, it is wonderful to see the creme of the foodie crop... BTW, where did you eat goat head? In a Nigerian restaurant by any chance?

Jestei August 10, 2010
I doubt you are naughty in any way that would offend us. Re: goat head: Not Nigeria and not a restaurant at all but in several Moroccan homes.

Loves F. August 9, 2010
Great post! And... apparently your rice pudding aficionado friend wasn't around the night I thought rice pudding was impossible to mess up and I didn't use a recipe... and failed so miserably (in spite of a dash of cardamom) that the whole thing had to be thrown away.

Jestei August 9, 2010
totally understand. i can ruin anything if you give me enough time.

Kelsey B. August 9, 2010
In our house rice pudding is one the ultimate comfort foods. I hope you are week has taken a turn for the better!

lacerise August 9, 2010
i don't care about the rice pudding (altho i LOVE rice pudding); i love your writing more.

MyCommunalTable August 9, 2010
Never had rice pudding much in my life. Something my mom never made, but now I am intrigued. I will make this. My son stuffed bananas between the seats of our car. That was horrible smelling for months after cleaning it up. Thanks for the laugh. Needed it, my son just had melt down at doctors office. Refusing to let anyone touch him. Rice pudding ingredients in pantry I think. Deep breathing....

Jestei August 9, 2010
i suggest you supplement with beer

MyCommunalTable August 9, 2010
My son and I split an order of fries on the way home. Our comfort food. Now I have poured myself a glass of wine while I cook at 3pm! Still deep breathing....Beer may be next...

mrslarkin August 9, 2010
What a nice surprise! Thanks for the lovely compliments, Jenny. I’m glad that Sonia’s Rice Pudding helped soothe the savage beast of a week you’ve had. Might need to make this by the vat-ful once my range is fixed.

CatherineTornow August 9, 2010
Thank you for sharing your bear-shredding rage with us! Nice to know we all have bad paint colors sometimes, and that I'm not the only one who uses ice cream before dinner to soothe the soul.

Jestei August 9, 2010
no you're never alone in the kitchen, really

sugardrops August 9, 2010
Sounds gorgeous. Did you add the 1/2 cup sugar or did find it sweet enough with just the condensed milk?

Jestei August 9, 2010
Yes sorry should have mentioned that i did use the sugar that's part of why I didn't need more milk.

Sagegreen August 9, 2010
Thank you for converting your bad week into such amusing reading for us. We have to be able to laugh at the bad weeks that take us by such unexpected storm. And thank you for the walk-through of Mrs. Larkin's rice pudding recipe!