4 Ways to Up Your Garnish Game

Today: Erik talks about the important finishing touches to drinks -- the garnish.

In his mahvelously outlandish portrayal of his character Fernando, Billy Crystal used to say, “It's better to look good than to feel good.” It's a shallow sentiment to be sure, but one that has particular resonance in the cocktail world. How many times have you ordered a drink based on sight alone? Whether it was a cosmo martini back in the day (go on, admit it), or a more recent admiration of perfectly clear ice cubes, we almost always sample a cocktail with our eyes first. Some cocktail sub-cultures (we're looking at you, tiki) are near-obsessed with intricate garnishes, but the simple beauty of a well-peeled lemon twist in your first martini after work is hard to beat. 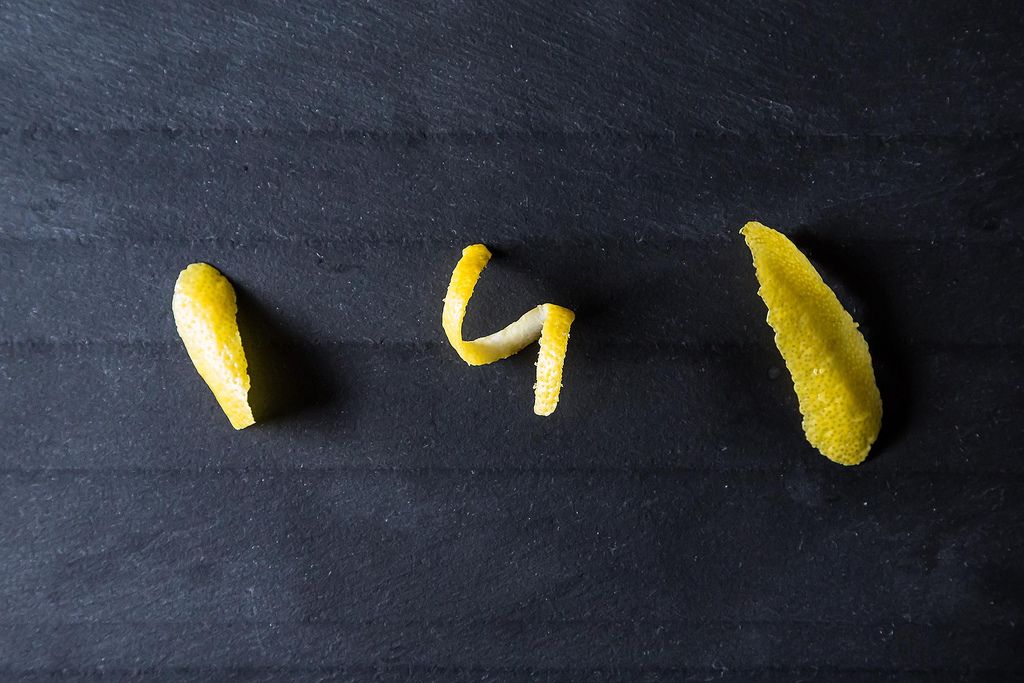 Citrus
Citrus twists are your fastball. First, get yourself a good peeler (I like this one from Kuhn). To make a bang-up twist, hold the lemon in your non-dominant hand, and starting at the top of the lemon, bring the peeler toward the bottom using steady pressure. (If your lemon is on the smaller side, aim for more of a spiral instead of a straight up-and-down swath.) Ideally, your peel should be about 4 inches long and 1 1/4 inches wide at its widest point.

Before you drop a twist into your cocktail, hold it lengthwise with one end in either hand, with the zest facing your drink. Bring the fingers and thumbs of each hand together (like you’re miming lobster claws snapping closed) so the flat peel becomes curved into a U-shape. You should see (and smell) a glorious cloud of aromatic citrus oil spray into your cocktail. Repeat as many times as it takes for the whole cocktail to get a hit of the citrus oil. Now you can twist: Curl your peel into a twist over the drink (waste not want not) and artfully drape the outer third over the rim of your glass, leaving the rest inside. Or you can keep the lengthwise pinched twist untwisted and merely lay it over the cocktail, colored side up, so that whomever you serve it to can decide what to do with it.

More: Watch how to make a twist in real-time. 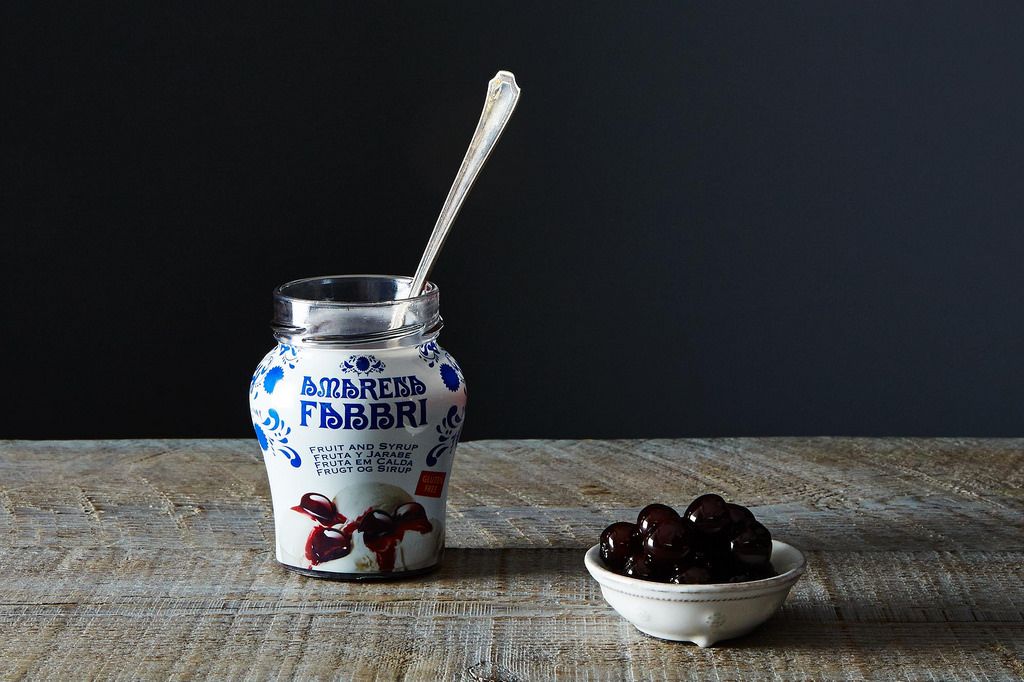 Cherries
You used to love them when you were a kid, and thanks to some fantastic offerings, they’re not just for Shirley Temples anymore. First things first: Anything approaching DayGlo color should be avoided like the plague. Instead, opt for either Luxardo or Amarena Fabbri. They’re not cheap, but if you’re spending money on Crème de Violette, gin, and maraschino liqueur to make the perfect aviation, why on earth would you skimp on the booze-soaked treat left in the glass once you’ve finished it? For added kick, drain off some of the syrup they’re sitting in (it makes delicious cherry soda when combined with seltzer) and replace it with the spirit of your choice -- I like marachino liqueur and rye. Avoid anything sold as “poached” or “brandied;” they're fine for desserts but have been cooked and don’t have the correct texture for cocktail cherries.

More: In the mood for a Shirley Temple? Make this 4-ingredient DIY grenadine. 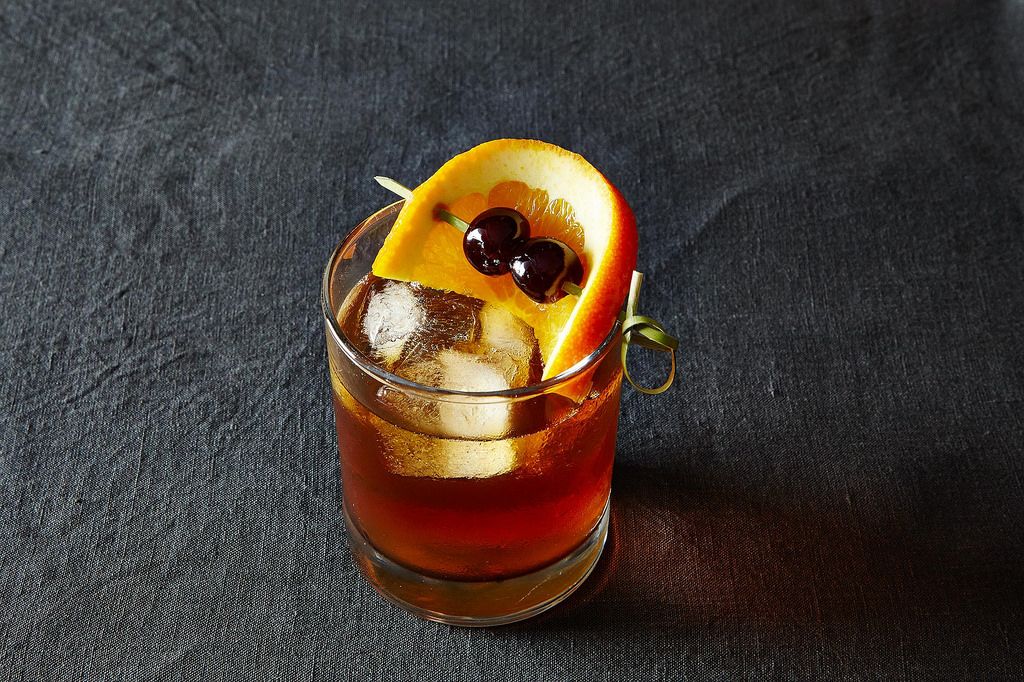 Flags
Now that you have your fancy cherries, you can make “flags,” which are the traditional garnishes for sours and Collins-style drinks. Slice an orange (for a sour) or a lemon (for a Collins) into a wheel or a half-moon about 1/8-inch thick. Fold the wheel around one of your beautiful cherries like you’re making a cherry taco, then thread a toothpick or cocktail skewer through sideways, pinning them all together. Make sure you catch some of the peel when you’re skewering, it’ll keep everything pinched together. 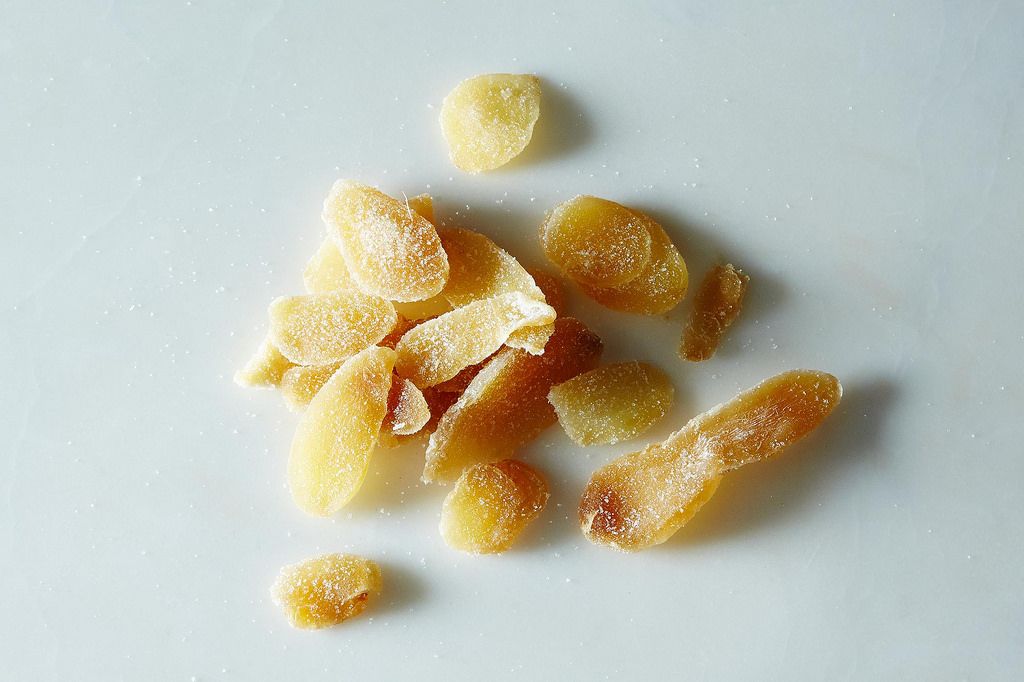 Ginger
Finally, anything mixed with ginger syrup or topped with a spicy ginger beer should definitely be served with a slice of candied ginger. The garnish serves multiple purposes: In addition to looking great and giving an aromatic boost to the cocktail, candied ginger provides a spicy-sweet snack once the cocktail is done. Go for the minimally processed slices rather than the gummy rounds or cubes.

If you've been wondering what's missing in your cocktails, give these garnishes a shot and see if they make the difference. Just don’t be surprised if you find yourself snapping photos of your drink before you take your first sip.