This post is brought to you by our friends at Weight Watchers, who celebrate gathering together around the table to enjoy wholesome, beautiful food.

For dinner tonight, let's savor the flavors of the globe without hopping on a flight (unless you can -- in which case, take us with you). This menu brings together two adaptations of iconic recipes from Japan and Thailand: Salmon Teriyaki and Pad Thai.

With your busy weekday schedules, it may seem that dinners are fated to be fast, beige, and unsatisfying. But these fresh, exotic dishes have come to the rescue -- your stresses will melt away with the first bite. Plus, both dishes come together quickly, so you'll be at the table before a delivery bag would even leave a restaurant kitchen.

Start daydreaming about this dinner now and -- before you know it -- the work day will be over, and you'll be transported to the world of fusion cuisine. 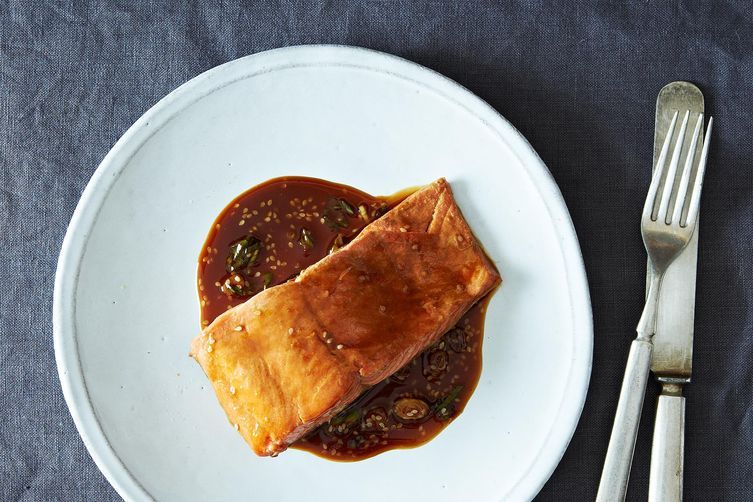 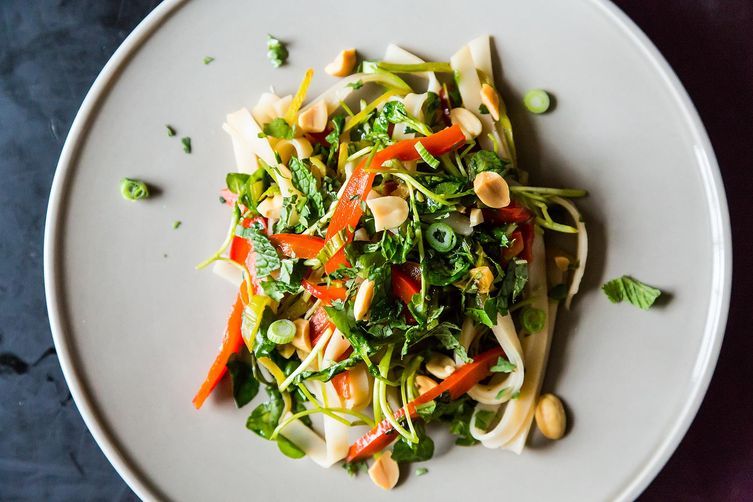 Serves 4 to 5, with leftover salmon

We're assuming you have a neutral oil (like grapeseed or canola) and salt. If not, be sure to add those to your list, too.

1. Prep the pad Thai: In a large bowl, cover the rice noodles with enough nearly-boiling water to cover them. Allow the noodles to sit until they begin to soften, about 10 minutes. Drain the noodles and set aside.

2. Make the teriyaki salmon: Combine the mirin, soy sauce, ginger, and 4 tablespoons of lime juice in a large saucepan over medium heat. When the sauce begins to simmer, place the salmon filets flesh side-down into the pan and cook for 5 minutes. Rotate the salmon in the pan every 5 minutes for 15 minutes. Remove the salmon from the pan and place it on a plate to rest. Add the green onions and sesame seeds to the sauce and simmer for 5 more minutes. Set the sauce aside.

3. Cook the vegetables for pad Thai: While the salmon is cooking, place 2 tablespoons of a neutral oil (like grapeseed or canola) in a large skillet over high heat; add the garlic and cook until fragrant, about 30 seconds. Next, add the peppers and cook until tender, about 5 minutes. Last, add the bok choy and snow peas, and cook until soft around, another 2 minutes.

5. Mix the pad Thai: Season the vegetables with a large pinch of salt, then stir in the rice noodles and watercress. Turn off the heat, add the sesame oil, and squeeze the rest of the lime juice over the noodles. Mix everything together.

6. Plate and enjoy: Serve the pad Thai immediately, topped with the scallions, peanuts, herbs, and jalapeños. On the same plate, serve the salmon drizzled with teriyaki sauce.

This post is brought to you by Weight Watchers. Need ideas for dinner tomorrow? They've got you covered. Show us what you're cooking with the hashtag #biteintolife!