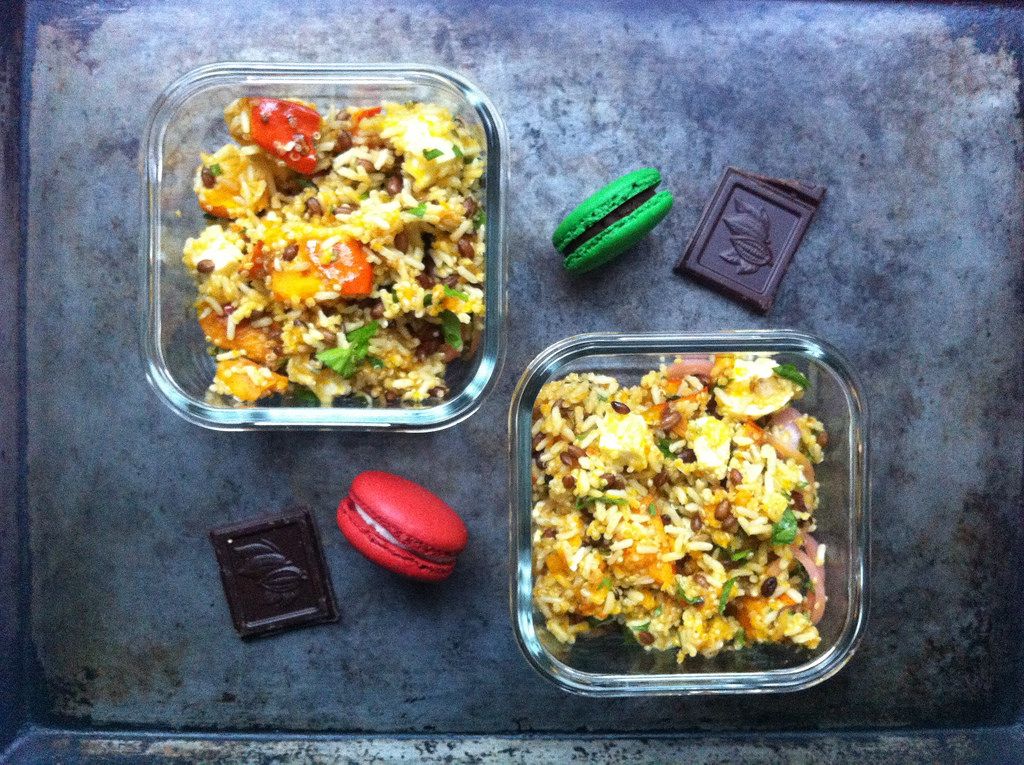 This past weekend during a pantry excavation, I unearthed a small container of black barley. I took pity on the mere handful left behind, and fast tracked it to lunch duty. Similarly, I recruited an orange kabocha squash that sat for weeks neglected, yet dignified, on my mantle. They would find kinship in a bowl, somehow.

I cooked the black barley like regular barley in boiling salted water (only longer because it still wears its hull) and roasted the squash in wedges with its skin on. Then I mixed the two with brown rice and quinoa. I had a bowl of grains and squash and little inspiration for what to do next, so I went to bed. Cooks often think a salad must be completed all at once, but grain salads allow for mulling. In the morning, I rooted around my fridge and the ideas flowed a little faster: I added cubed mozzarella, thyme, parsley, olive oil, roasted garlic, and the juice of an orange. I'm sure I could have come up with a snappier dressing but it tasted good. I can always add more to it tomorrow.

For dessert, I handed the reins to Dana's Bakery, a maker of playful and delicious macarons. Addison, my daughter, chose a red velvet macaron, Walker a Thin Mint macaron. The Aleppo pepper and pink peppercorn chocolate comes from Eclat.

Shalini November 21, 2014
Oh! I want that lunch. I think my son would love it, too. Macarons for school!

ChefJune November 13, 2014
I marvel at what adventurous eaters your twins are, Amanda. My niece only wishes her 2 boys were half so eager.